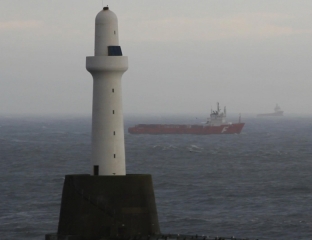 A new documentary, launched next week, takes a look beneath the layer of grime, which, in recent years, has coated the grand granite facades of Aberdeen’s unique city centre. Run Down Aberdeen seeks to highlight and investigate a number of issues which have, and continue to contribute to the current condition of the city, a number of issues which regular readers of Aberdeen Voice may be all too familiar.

In the short yet prolific life of  Aberdeen Voice, the city’s premier online outlet for citizen journalism and campaign writing, there have been a number of contentious issues which have attracted most of the site’s column inches. Controversial developments, urban decline, council mismanagement and the seemingly perpetual struggle between the public and private sectors have been the order of the day at Aberdeen Voice since its inception.

Framed around the widespread and growing state of perceived neglect, Run Down Aberdeen looks a little further than the chipped cornices, tarnished street plaques, empty shop units and grubby pavements which face the residents and visitors of Aberdeen. With the help of local politicians, writers and citizens, the film discusses both the historical and contemporary developments, which continue to shape the future of the city.

The documentary was commissioned as an expansion of a Facebook group which has already been  the  subject of an AV article by Mike Shepherd, the group’s founder and the film’s executive producer. While the group’s ethos is to encourage members of the general public to highlight areas of concern by posting photos, it seemed counterproductive to either echo this or make the film about what the group was achieving (A few weeks after the group’s establishment a number of the areas highlighted in the early photographs were tackled by Councillor Martin Greig).

Therefore the film, while establishing the apparent neglect, looks into initiatives proposed or already under way and how these developments will effect or remedy the situation.

Big ticket projects have been proposed which aim to be a universal panacea to Aberdeen’s decline: The City Square Project claims to safeguard jobs and economic stability while delivering “transformational” change to a “third rate” city centre; “One Aberdeen” the Aberdeen city development company is aimed at:

“maximising the use of the city’s unused assets and to drive and promote the regeneration and economic development of the city as a whole.” 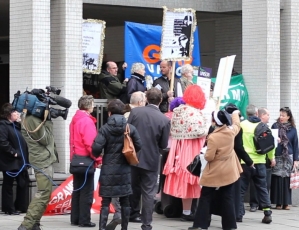 While the Green Townscape Heritage Initiative seems successful in its attempts to regenerate the Green area of the city and working with a range of heritage organisations to restore the historic buildings and streetscapes.

On the other hand there is widespread dissatisfaction amongst the people of Aberdeen – the establishment of Aberdeen Voice is a prime example of this. Every day there are more and more protest and pressure groups within the city struggling with the City Council’s decisions and projects, which will affect their everyday lives.

But how do we consolidate this? How can a city regain its population’s faith once it has been lost? And what can the everyday person do to influence the city around them? And most importantly where does the future of a city like Aberdeen lie?

For forty years the city has apparently prospered on the back of a finite resource, and with that resource now dwindling and the corporations based in Aberdeen, who have been drawn to the city to exploit it getting itchy feet, how should the city move forward, and who exactly should define where to go?

Run Down Aberdeen Trailer from Fraser Denholm on Vimeo.

Run Down Aberdeen will premiere at Peacock Visual Arts on Tuesday 22nd March at 7pm.

The Screening will be followed by an open discussion chaired by Joan Ingram featuring the filmmaker, Lewis MacDonald MSP, Councillor Kevin Stewart and Councillor Martin Greig.