Agricola’s invasion of Scotland and the North of England in 83AD was accompanied by an extensive supply fleet which moved up the east coast of the country landing in rivers, inlets and bays. Being Romans and consequently, like conquerors everywhere, regarding themselves as being far more civilised than the hapless natives, they were inspired to name geographical features according to their own notions. 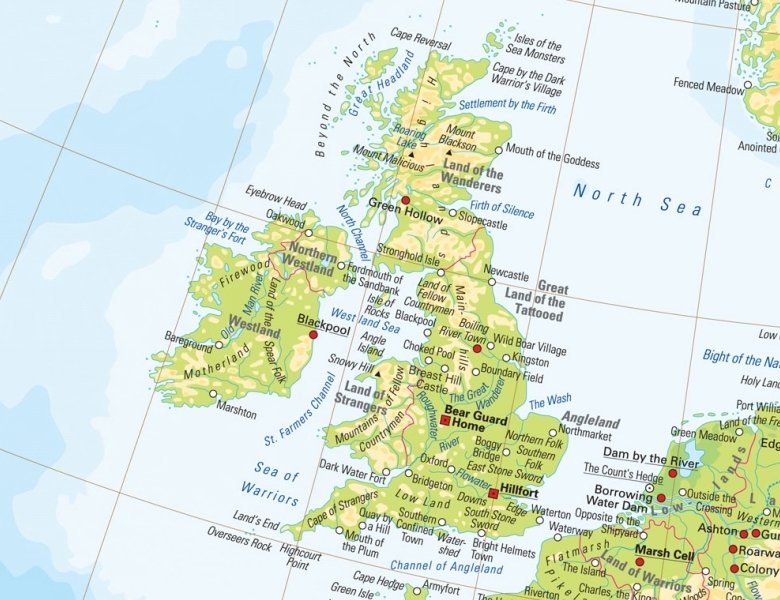 The east coast of Northern England was referred to as the’ Land of Tattooed People’ owing to the natives’ exotic and widely varied body decorations. In this the Iron Age farmers and hunters of the region were probably a bit more inventive and original than modern Premier League footballers who confine their tattoos to their girlfriend’s name written in really naff upper case Gothic text on the inside of their forearms. However, as there are sticks of rhubarb more capable of original thought than professional footballers this is very little for the Iron Age Geordie or Mackem to pat themselves on the back about.

Moving north into Scotland the modern Firth of Forth was referred to as the ‘Firth of Silence’ probably generating the ongoing Glaswegian calumny that there’s more life in a Glasgow funeral than at an Edinburgh wedding.  Pausing only to build a mega-fort at Inchtuthil near Dundee the combined fleet and the 9th Legion moved further north into the land of the Taexali eventually arriving at an area separated by two rivers.  The larger southernmost river the Romans called the Deva meaning ‘The Goddess’ and the nearby settlement at the estuary of the river was called Devana or ‘Mouth of The Goddess’.

Other Roman writings refer to it as variously Verniconam, Abredonia and Aberdonium at various points

This became a large supply port for the Roman army as they advanced up the coast and into the Grampian Highlands and was no doubt looked upon a beacon of civilisation to overawe the backward, selfish, and treacherous Philistines that inhabited the region.

In this it was largely successful for nearly two millenia until the Philistines had their revenge by building Norco House and have since tried to dump a million tons of concrete into Union Terrace Gardens.

Devana seems to have remained its name for several centuries – Ptolemy in 146 AD referring to the town as being the capital of the land of the Taexali whose tribal area which stretched from the Tay across the region and up towards the Keith/Banff area where the next tribe (the Vacomagi) lived. However, other Roman writings refer to it as variously Verniconam, Abredonia and Aberdonium at various points.

The next mention of the place is in a saga about a Viking jarl called Einar Skulason who’s longboats sacked and pillaged the place in 1153 where it is referred to in Old Norse as ‘Apardion’. The Vikings being men of action and very few words ‘Apardion’ actually means ‘The place where we rowed to for  three bloody days into the teeth of a North Sea gale and came away with a lump of very hard stone, a gourd of some greasy black stuff that tastes like shit and a big fish’*