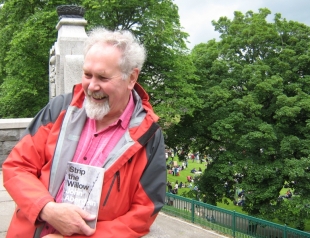 Local author John Aberdein saw his second novel ‘Strip the Willow’ published in 2009. It is set in the near future in Aberdeen, now renamed Uberdeen. Following the cities bankruptcy, its assets have been sold off  to the sinister and manipulative multinational corporation, LeopCorp.

The novel is of course fantastical, but when I met the book’s author in Union Terrace Gardens earlier this year,  John told me that he was amazed as to how much recent actual events seem to have overtaken the satire in the book. While LeopCorp is fiction, the idea of transferring Council assets to a limited company is not.

Last year the Council agreed to set up an organisation called the Aberdeen City Development Company, essentially as a means to privatise or semi-privatise Council assets deemed to be what they refer to as ’market failures’. A key document describing how the company could be set up is the report of Aberdeen City Council Policy and Strategy committee, dated 9th June 2009. It describes how a City Development Company can allow local authorities to “use their assets to realise long-term investment from the private sector for regeneration projects”. They “provide a route to bringing public and private sectors together to pool finance, land, expertise and powers, allocate risks and returns appropriately, and plan and deliver projects more strategically”.

More information emerged about the company in the report to the Council for the enterprise, planning & infrastructure committee on the 9th November 2010. This also included a partially redacted report from the accountants Ernst & Young on how the city development company will be set up. Some details are missing here and other sources have been used to supplement the material quoted from the document in this article.

The new company is to be called “One Aberdeen”. “It will be governed by a non executive board with up to a maximum of 12 directors. The composition of the board will be split between the public and private sector with 6 directors coming from each sector.”

Of the six public sector directors, it is understood that only four board members will be from the Council itself, one will be from Scottish Enterprise and one from the Aberdeen Civic Forum. Later in the document it says:

“The chair will be from the private sector appointees and will have the casting vote, meaning that that there is private sector control at parent board level.”

The intent is to transfer assets into the development company. In an email forwarded from the Council executive I’ve been told “There is no question whatsoever of the Council gifting these assets. A full market value would be realised for the Council. The additional value created – which can be shared with ACC – is derived from development activities which the Council has traditionally never undertaken. It is designed as a way of maximising public benefit of assets in partnership with the private sector.”

Some excerpts from the Ernst & Young document give an idea of how the company will operate: “The transfer agreement will set out the commercial details of the transfer and related obligations of each party, including appropriate clauses for profit share between the Council and One Aberdeen.” …. “The delivery approach to each commercial development will be influenced by the nature of the investment and identified partner. This could involve development through a series of joint ventures or other forms of public-private partnership for example, via a development agreement.”

The minutes of the ASCEF meeting held on Monday the 23rd November 2009 states the following:

“Partners, including ACSEF, would have the opportunity to transfer assets to the CDC, and could fit into the structure as a founder member, associate member, or as part of the advisory panel for the venture.  The Chairman indicated his willingness to discuss this at a future meeting of the Board.” It is not clear what this means; ACSEF is a publically funded economic forum for the Aberdeen area and not a property group, although the board of ACSEF has members from private business. It may be indicating that private companies will also be allowed to transfer assets into the development company. 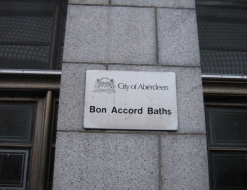 “This was a draft list. Discussions are ongoing with asset management. Any short list will not be finalised until the new year for the April 2011 Finance committee.”

In a previous committee report (9th June 2009) the following was stated:

It is important to note that item 12 “Westburn House and Park House/Choices” refers to two buildings and does not refer to Westburn Park itself. This list should only be taken as indicative of the assets that are likely to be selected next April.   I have been told that Union Terrace Gardens will not be one of the 14 assets. The development of the Gardens is proposed to be carried out through a separate company or trust to be formed in 2012.

Fourteen out of the 59 assets have been short-listed for development. The remaining 45 assets will either be sold or kept on the shelf by the Council. Although the Ernst and Young report does not make this too obvious, it is likely that some of these assets will be sold to fund the company. Again, the Council have not provided any details as to which assets will be sold.

The aim of the company is outlined in the Ernst and Young document:

“It is proposed that the delivery vehicle will be created as a charity with the purpose of positively contributing to the regeneration challenges of the City. An application for charitable status will be made following approval of this business plan by elected members. The vehicle will deliver a sustainable urban regeneration programme that will contribute to, creating local jobs, maximising economic development opportunities, meeting housing demand and tackling the spatial concentration of deprivation in Aberdeen. The geographical focus will be on the priority and at risk areas … “

These are identified as:

The Ernst and Young document also mentions that: “A wholly owned subsidiary will be established (“Property Company”) with the purpose of undertaking riskier and more commercial projects and activities which do not fall within the charitable purposes and objects of One Aberdeen. Any projects which do not meet the charitable objects as defined within the Articles will be conducted through the Property Company.”

Although the aims of One Aberdeen are largely charitable, it has already received considerable criticism.

As has been referred to frequently in articles in the Aberdeen Voice, it has been a long time since the Council and the people of Aberdeen have been in accord. Given the response to the city square consultation, there is widespread distrust of the motives of the Council; a suspicion that the Council are more inclined to the interests of big business rather those of the ordinary citizen. The Ernst and Young report appears to differ: “A failure to consider the opinions of the wider community and halting to gauge public opinion has plagued a number of high profile developments in the North East of Scotland.” One suspects that the wider community referred to here may be the business community.

There is also criticism that control of Council assets will be surrendered to private business. One online blogger made the comment that “One Aberdeen is the private sector’s Christmases and birthdays rolled into one providing them with access and influence over empty buildings and land which will result in ‘surplus’ public assets being sold off for private development.” http://lenathehyena.wordpress.com/2010/11/15/one-aberdeen-pure-piche/

The Council’s dealings with private business has proved less than impressive to date. The Press and Journal reported last month that the Stewart Milne Group (SMG) had lost an appeal in court after disputing a land deal with the Council. The Council had sold 11 acres of land at Westhill for £365,000, having made  the condition that it would share any profit made by the SMG selling or leasing the land at a future date. The land was then sold to a linked company, Stewart Milne Westhill, for £483,020, who then stated that there was no money in the deal for the city Council because the sale had cost them £559,696. The Council then later argued in court that the land was worth £5.6 Million, eventually being awarded £1.7 Million.  http://www.pressandjournal.co.uk/Article.aspx/1964641

It is also possible that the money generated by the company could be used for purposes other than for regenerating the priority areas of the city. I heard one councillor state at a public meeting recently that he thought it would be a good idea that any profits could be used to fund the Exhibition Centre, a very early example of potential ‘mission creep’ for the development company. The Exhibition Centre owes the Council £28 Million and has been heavily subsidised by the Council in recent years. http://www.pressandjournal.co.uk/Article.aspx/1994339

Aberdeen One is likely to be set up in April next year, at which time it should be known which assets are to be transferred in the company. April should prove to be a highly fraught month for local politics. On April 27th the full Council meets to discuss the business case for the company intended to take the highly-controversial City Square project forward. They will also vote to approve assigning a lease for Union Terrace Gardens to the company even though it will not be a legal entity until 2012.  The Scottish Parliamentary elections take place the week after on the 5th of May. Interesting times as the Chinese would say.