Following last week’s Aberdeen Voice report on the progress of the Future Choices charity, this week Fred Wilkinson recounts events set around the closure of Choices. 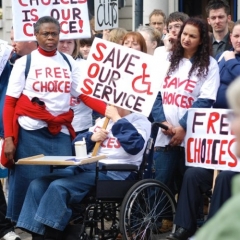 Its time this writer put his cards face up on the table. In 2004, work related illness ended my 13 years as Senior Assistant Unit Manager with ACC Social Work Dept – now Neighbourhood Services.
However, I continued to do relief work, initially at Park House Day Centre, finding the experience not only rewarding, but often inspiring. It was a joy to witness that in the right environment, with the right support, there was more ability in evidence than disability.

I later worked in a small number of Day Care Centres for people with disabilities, Including Rosehill D.C.C and Choices.

For all my years in care work, and all the colleagues I worked alongside in many locations and situations, many of whom were highly conscientious, dedicated and talented, the staff team at Choices were second to none. Professional and personal interactions were in balance. There was a healthy respect between staff of all designations, a keen spirit of co-operation, and a great level of efficiency achieved through good communication and co-ordination.

Here was an able and willing workforce who believed in and took pride in their work, and voiced appreciation for assistance from fellow workers. Additionally, they consistently displayed a healthy regard for the users, which was frequently reciprocated. In terms of ‘Best Value’, ACC’s favoured benchmark, Choices was surely as good as it got.

There were tears, cries, blank stares of disbelief. Some felt physically sick. Others trembled visibly.

The 14th February 2008 is a date now referred to by former users and staff of Choices as the Valentines Day Massacre.
It was on that day that Choices Manager Joyce Ferguson received an email with the devastating news.

On Friday 15th February, at Choices Day Centre, I became aware that ‘permanent’ staff were being summoned in turn to talk privately with the Unit Manager.

And one by one with a spring still in their step they closed the door behind them as they entered – only to emerge minutes later almost crippled by their vain attempts to disguise the fact that they were shaken, shocked, bereft, aggrieved and traumatised, and would search for another door to shelter behind until reasonably composed.

The announcement brought a collective gasp from all parts of the room. There were tears, cries, blank stares of disbelief. Some felt physically sick. Others trembled visibly. Different reactions, but the same stimulus – pain.

At a single stroke, this once co-ordinated, capable and highly effective staff group appeared inadequate – too many in need of immediate comfort and reassurance – too little time to prepare, plan, prioritise and provide. 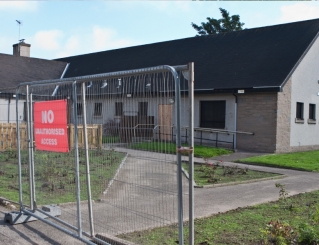 The early response was essentially a sense of denial from “This is not happening” to “They can’t close Choices”. Then came the questions “What will happen to us?”, “Where will we go?” and the big one – “Why?”.

Anxiety however, gave way to anger.

The next big question “What are we going to do about it?” was the first to yield credible answers, and the combined efforts of a group of disabled individuals would soon amount to a campaign that could be regarded as nothing short of heroic.

As the battle lines were drawn, up sprung a fence which Choices staff could neither sit upon nor stand either side of.

To actively support the campaign would be viewed as industrial action, whilst anything short of support threatened to undermine relationships built upon trust, mutual respect, and working together over many years. It was difficult to determine how assistance with users’ efforts to save their service was any different to that routinely offered in connection with their wellbeing, development, personal fulfilment and self determination.

Staff were aware that to stay outside with the users, they could be seen as participating in the protest.

Staff would feel duty bound to warn a blind person in their care that he/she was walking towards a staircase. To take no action would equivalent to tripping up said individual one step short of said hazard. So how could staff reconcile the caring and enabling role they were professionally committed to, whilst on the payroll of Aberdeen City Council?

The implications of such a dilemma put the staff to the test when the users held a protest. The users invited friends, family, media and sympathetic politicians to join them outside the building facing Westburn Road. It was an awe inspiring spectacle as the fruits of their tireless efforts and organisation came together.

Decked out in their handmade ‘Save Choices’ T-shirts, holding up handmade banners and placards, together possibly for the last time, they proudly and defiantly stated their feelings, as passing vehicles pumped horns in support and made donations before continuing their journey.

Respecting the users’ rights and wishes, staff ensured that they reached their chosen location safely, and remained ready to assist as necessary with regards to mobility. Staff were aware that to stay outside with the users they could be seen as participating in the protest. 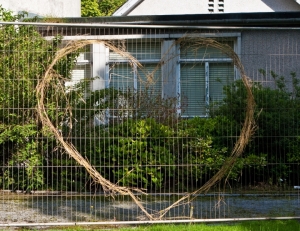 However, to be apart from the group introduced certain unacceptable, and unnecessary risks.

Particular users were vulnerable to injury due to falls or seizures.

A few were prone to anxiety whilst others had sensory impairments and communication difficulties.

A compromise had been reached whereby staff were permitted to assist the users on condition that they took an unpaid 30 minute lunch break.

To clarify, staff remaining in the building while the users were outside were paid for their time. Those who chose to support the users in accordance with their personal needs, and to minimise risk of injury and discomfort were obliged to do this for free.

To this day it is difficult to accept that the council were prepared to reward inaction, yet would apply financial disincentives to anyone choosing, instead, to provide a minimal caring presence for a period of 30 minutes.

The council stood firm. Adult Services Team Manager Helen McNeill contacted Choices’ Acting Manager Clare Rochford and requested a list of all staff that had chosen to assist the users. Ms Rochford announced the list with an unmistakable sense of pride. Notably, the equivalent of 30 minutes wages was subsequently docked from Ms Rochfords’ salary.

It demonstrated Choices as more than an enabling facility. It was potentially a mechanism for empowerment

Despite Aberdeen City Council’s divisive stand with regard to the role of staff, the users, an already close group of individuals, found strength in themselves and each other as they determined to save their service. With the help of their friends and carers they delivered a  petition with over 5000 signatures to St Nicholas House.

Veteran musician and entertainer Alexander Rennie, 73 year old husband and carer of choices user Mary, enlisted the help of his daughter to create an online presentation to highlight the issue. http://www.youtube.com/watch?v=E5MsfJRTdeA&feature=related

Users also organised to respond to the proposals and spread their message by way of carefully crafted letters and emails which fully represented the group. They collaborated to present a united and cohesive argument to local media. They set up face to face meetings with key players within Aberdeen City Council, and defiantly launched a legal challenge to the closure.

All this brave and tireless work, and the quality of organisation the users achieved was in some ways equally as breathtaking to witness as their impressive march down Union Street – the biggest demonstration in Aberdeen for a generation. These people were no longer our equals. They were beyond equal – a force to be reckoned with.

It also served to further highlight the value of the service which was being withdrawn. 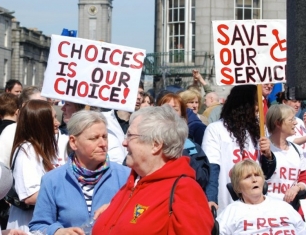 Without the transport to bring them together, premises suited to their individual needs in which to meet and discuss issues, and the facilities to aid their efforts, how effective could the campaign have been in the face of such overwhelming odds?

It demonstrated Choices as more than an enabling facility.

It was potentially a mechanism for empowerment, and as such was a loss of a magnitude impossible to comprehend for anyone evaluating the service purely in financial terms.

How sad it is then – particularly at a time where the Future Choices charity are seeking out suitable venues for their activities- that a purpose built facility no longer has any purpose.

How sad that where once was the hub of a content and functional community, now stands an empty building boarded up and neglected – next door to the similarly abandoned Park House where many friendships and relationships were formed and sustained over three and a half decades only to be torn apart at the snap of a finger.

How can such disregard for the social needs of vulnerable people, and such waste be justified in terms of ‘continuous improvement’ and ‘best value’?

Next week Aberdeen Voice focuses on the legal challenge to the closure of Choices, how the case could have been successful, and the probable impact this would have had on care service provision nationally as well as locally.