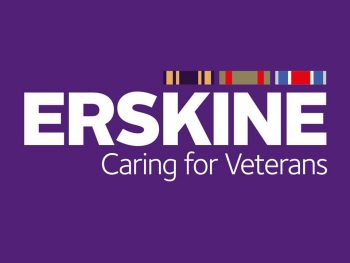 Wounded veterans whose injuries have ended their military careers are rebuilding their lives by training for rewarding and sustainable employment in civil aviation with a charity that has landed £18,000 from Aberdeen Asset Management’s Charitable Foundation. With thanks to Esther Green, Senior Account Executive, Tricker PR. 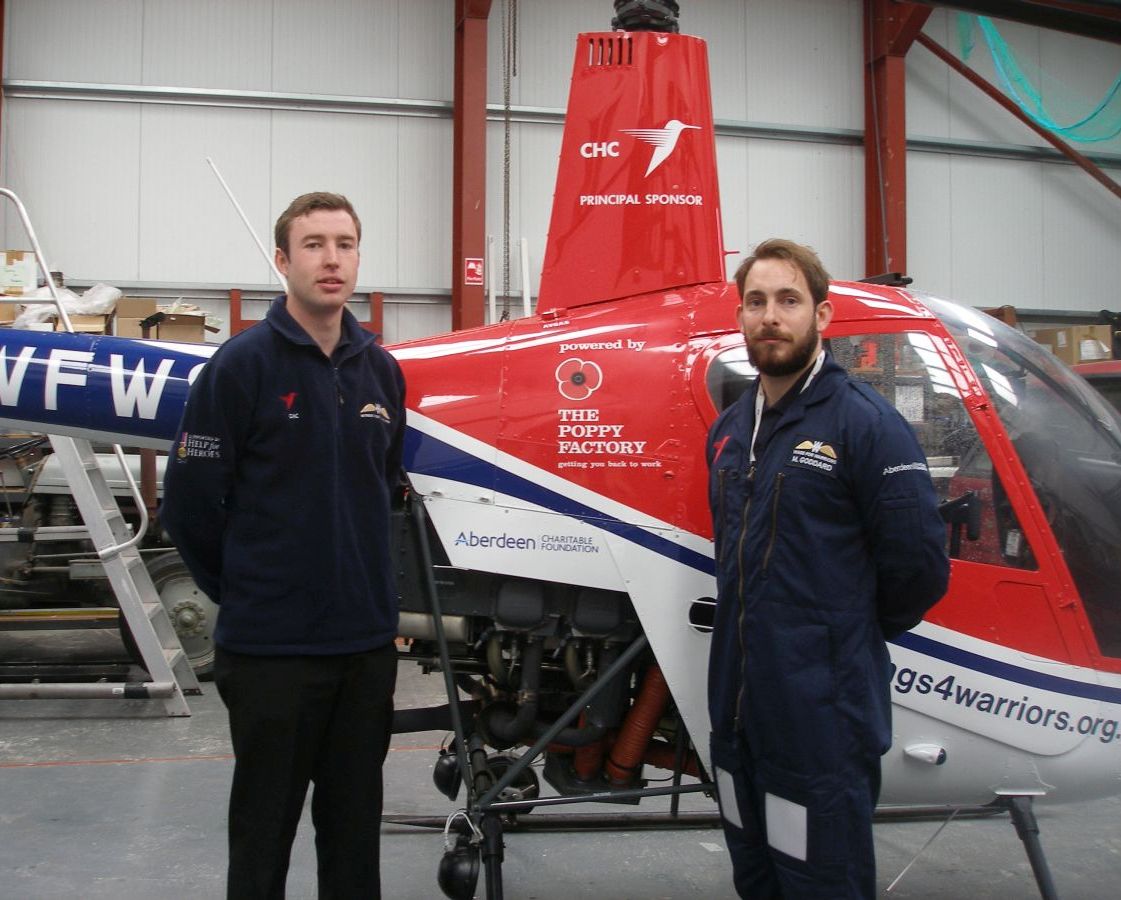 It helps students like Marc Goddard (28) who was serving with the Royal Marines in Afghanistan when he sustained life-changing injuries whilst travelling in an armoured vehicle which hit an improvised explosive device.

Marc was among casualties airlifted to Camp Bastion where he was stabilised and flown back home to hospital in the UK with  multiple broken bones and 25% burns to his body.

The complexity of his fractures meant he was no longer fit for service,  and while jobs in offshore marine security and events management followed, neither fitted the father-of two’s lifestyle or skills.

“I joined the Royal Marines straight from school and I had never known anything different.  I hit a low, wondering how I was ever going to have a job that I enjoyed again and be able to support my family.

“I grew up in Norfolk around military bases and I’d always had an interest in aviation and did a bit of soul searching. I got back in touch with Headley Court Rehabilitation Centre  and spoke to the right people and found out more about Wings for Warriors. I had no idea they could help people like me but I discovered it was open to veterans in my position.”

Marc made it  through the tough application process and has embarked on training in Aberdeen, one of Europe’s busiest commercial helicopter centres, where the Wings for Warriors’ training centre is based.

“I’m very grateful for the support I’ve had in making this dream become  a reality. This is not only providing me with a future career but everything I lost from leaving the Royal Marines is being restored. It’s a second chance, a second career that draws on many of the qualities of my military training to gain commercial skills and, hopefully, a career in the offshore helicopter industry.”

Chris Kirk was just 19 years old when he stood on an improvised explosive device while on patrol in Afghanistan. Chris, then a Private with the 5th Scotland Argyll and Sutherland Highlanders, awoke in hospital back in the UK to be told he’d lost his foot and his military career was over. His future seemed bleak until he discovered Wings for Warriors with an online search, “can amputees fly helicopters?”

Chris has become a fully qualified pilot and is now serving as an instructor for the charity and says:

“When I heard about Wings for Warriors I thought it was all too good to be true but I was lucky enough to be selected as one of their students. Fast forward three years and here I am as an instructor for the charity. I’ve been very lucky to get this opportunity and coming from a similar background as the students, I hope it inspires them to see just what can be achieved.

“Without support from our donors  like Aberdeen Asset Management, it would not be possible to do this and give veterans this fulfilling career that helps them and their families. I have been transformed from Chris the injured soldier to Chris the helicopter pilot and that is a massive change in my life. Wings for Warriors is helping change lives and prospects by restoring real meaning and purpose to people’s lives.”

Founded four years ago, Wings for Warriors is a registered UK charity which seeks to offer  wounded, injured and sick servicemen and women the best opportunities after military service has ended.

It sees the demanding and sustainable world of commercial aviation as an incentive to keep moving forward, rather then dwelling on the past for its students, and providing a means to continue supporting their families for years to come.

It recognises that veterans need to work for themselves and no allowances are made – each application is reviewed on a case by case basis and while some injuries will restrict opportunties, many of the attributes found in those with a military background,  including  responsibility, motivation and commitment, logical reasoning and functioning under pressure, stand them in good stead for retraining.

Through its network of volunteers and  donors, including Aberdeen, Wings for Warriors delivers professional flight training at around 85% of the costs of commercial UK flight schools.

“We love this charity and what it does to offer a new start to injured veterans. For many veterans, life outside of the forces can appear daunting and uncertain at the best of times. Add a life-changing injury to the equation and the future can quickly become a depressing place.

“Wings For Warriors  provide these wounded warriors with the skills to achieve an exciting, rewarding and sustainable future for many years to come, in civil aviation. With rebuilt confidence, capabilities and pride Wings For Warriors graduates return to their communities as people to look up to instead of look after.”

More information on Wings for Warriors is available at  www.wings4warriors.org.uk 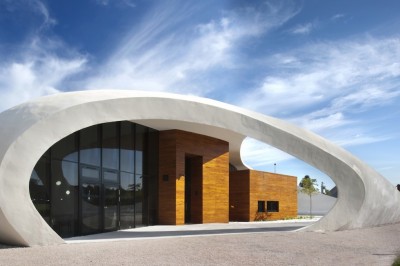 Fans of Highland League are invited this weekend to enjoy a unique fitba experience and help raise funds for Maggie’s cancer care centres.
The team line ups have already been announced by each side of that notorious rivalry – Teuchters v Toonsers.

Taking place at 2pm on Sunday May 1st at North Lodge Park, Pitmedden, Highland League legends of yesteryear will pull on the boots in aid of Maggie’s where the football brains and banter will definitely be quicker than the legs.

“If anyone is missing their football fix already, this Sunday May 1st, there will be a Highland League Veterans game in aid of Maggies cancer centre in Aberdeen.

“It will be the ‘toonsers’ versus the ‘teuchters’ over 35s game ( rules are not particularly strict here ) and will kick off at 1400 at North Lodge with admission being a donation of your choice.

“There will be bouncy castles and face paints for the kids as well as beat the keeper and ‘top bin’ for kids of all ages!

“Hoping the weather is good and am sure it will be a day of good banter with some average football thrown in!”