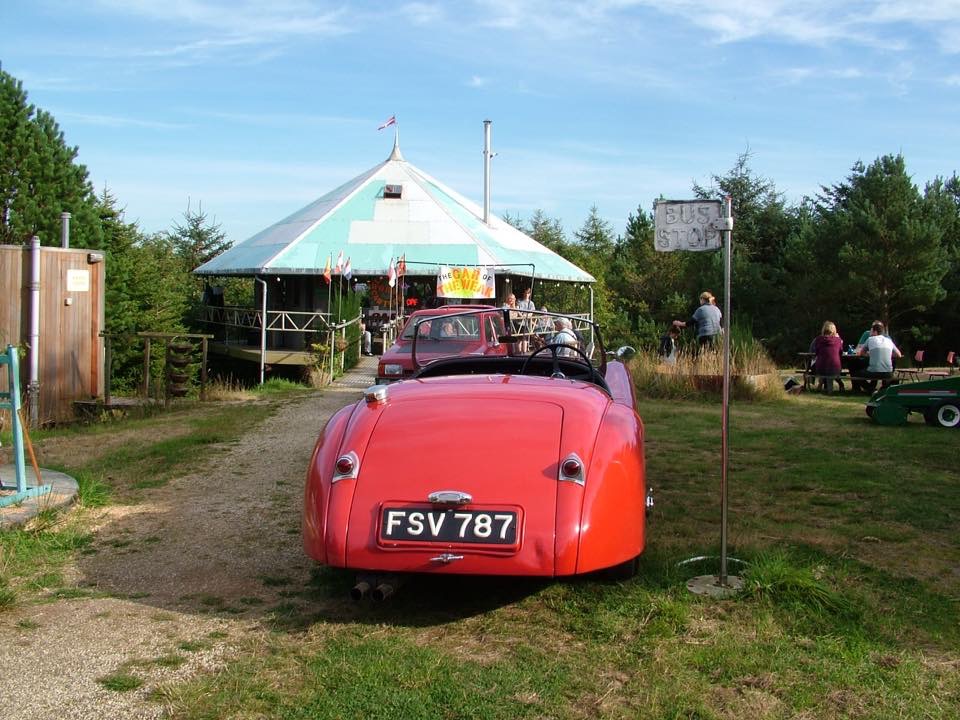 I am neither a vegetarian nor a vegan; but the North East of Scotland is certainly not the best place to be if any of those ideologies are your choice. Especially the latter.
Many years ago, however, I was a vegetarian and it was even worse. I had macaroni cheese coming out of my lugs.

However, if you are willing to travel a little out of the city, up to the village of New Pitsligo a.k.a. ‘Cyaak’, you will find an absolute treasure of a restaurant.

The Last Bus Worker’s Canteen, is situated off the beaten track, or more precisely up a beaten track, just north of said village. It is run by an ex oil worker, Mike and his partner, Jessica.

They always welcome people with a hearty smile, and even it the place is busy, they move things about to find a space for you.

Down the hill from the cafe, is situated their residence and a large building in which is situated two, old double decker buses which are in a constant state of renovation. It has been known, that in times of extreme busyness, one of the aforementioned buses will be driven up the hill and parked outside, and used as an additional sitting area.

Once inside you may be seated at old bus seats before Jessica, who is always dashing about between tables taking orders with that ever present smile on her face. Don’t be excepting a vast choice on the menu, as their is only ever 1 soup choice and one main course, but there is always a fine selection of puddings; crumbles, cheesecakes, muffins, smoothies etc. All home made and very delicious.

Some of you maybe hesitating reading this, thinking, “Vegan? Not for me.”

Perish that thought. You don’t have to be vegan to eat here, and nor will you be made unwelcome just because you eat meat. All are welcome. If you don’t fancy the main course, have a pudding. Go on, have a pudding.

I give this five stars, not in the usual, Chester Hotel, type five star, but the service, taste of food and ambiance, makes it thus.

Can you be an animal lover and eat animals? Would it be better to say “I am a pet lover”? Trish Healy questions the nature of our relationship with animals and the food industry. 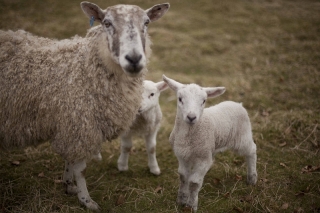 People are happy to love their pets and spend much time and attention including toys & treats upon them but would be horrified at the thought of killing, skinning, chopping, cooking and eating them.

The same people, however, would be happy have this done to a ‘farm’ animal.

I ask you, why is one beings life less important and of less value than the other? If a ‘pet’ is abused there is an outcry and yet, are we not abusing the animal we see as food?

The same lamb that is cooed over in the fields at springtime is thought not about when on our plates. We give our children cuddly toys, pigs, calves, lambs, and serve the same animal to them in the guise of a breaded dinosaur.

Just how much are we as the consumer aware of the horrors of the slaughterhouse? Do we connect that we pay the hand that takes the life? We don’t want to know that part, better hidden, no glass walls to see through.

What is humane about a life not given but taken?  How many meat eaters have watched any footage at all of a slaughterhouse? It’s not pretty, it’s not humane, its soul destroying but hey it tastes good…do we have the right to kill because of taste?

Free range – at least they have had a good life. Has anyone truly investigated this free range or do you take the labels word for it?

In 2011 an undercover investigation by Hillside Animal Sanctuary made public the horrific conditions on a Norfolk UK ‘Freedom Food Farm’, a scheme – backed by the RSPCA – which is meant to ­guarantee high animal welfare standards . The farm was suspended from the freedom food scheme but the animals where left in distress.

We are brainwashed by so many adverts that deviate from truth. How many are aware that the cow’s milk on the shelves is the milk a baby calf went without? 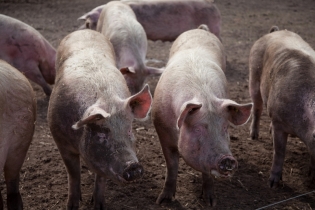 The male is the by-product of this industry and is too costly to maintain so off to slaughter this baby goes and we can have the milk for our coffee, ice cream, goodness there’s even milk in crisps.

Gummi Bears, a children’s favourite sweet contains gelatine which is made from the bones of mainly pigs and cows, unsuitable then for the vegetarian, vegan, and those religions that do not allow the consumption of certain animals.

Many items bought do not by law have to state certain ingredients; wine for example contains proteins, egg whites and isinglass, a derivative of sturgeon bladders, Safer to buy the vegan version if you wish to stay clear of any animal agents

We are a nation of fast food junkies who pay no heed to why these meals are so cheap as long as they stay this way.

Who wants to think of the battery caged hens, twisted in the packed cages, featherless and broken? They will be barely a year old before they go to feed the fast food outlets.

Who cares that they are hatched in their thousands, the males minced in the mincing machine and the females kept for the cages or the free range market, same beginning…same end. They are no longer living beings but commodities as are all animals raised for the food industry.

I ask when are we as a species going to ‘evolve’ from the ‘food chain’ and become compassionate to those beings we share this planet with.

In past years, women were laughed at for believing they were entitled to vote; that the black slave would be free; that women would preach in the ministry. So I ask you to nurture these thoughts I have put into words and ask yourself, “to eat without meat?” … why not? 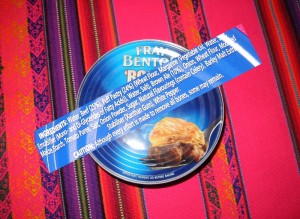 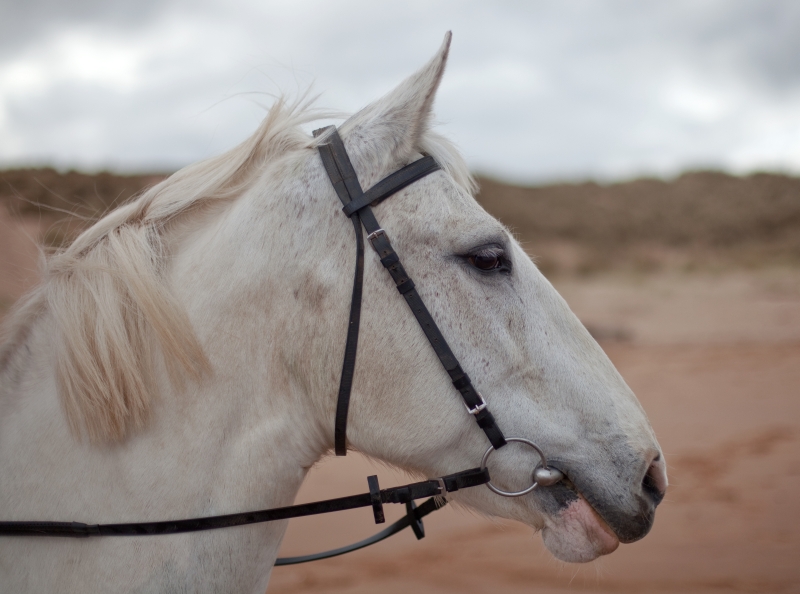 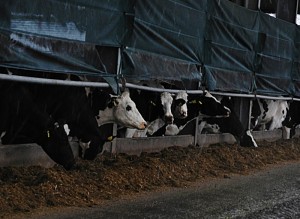