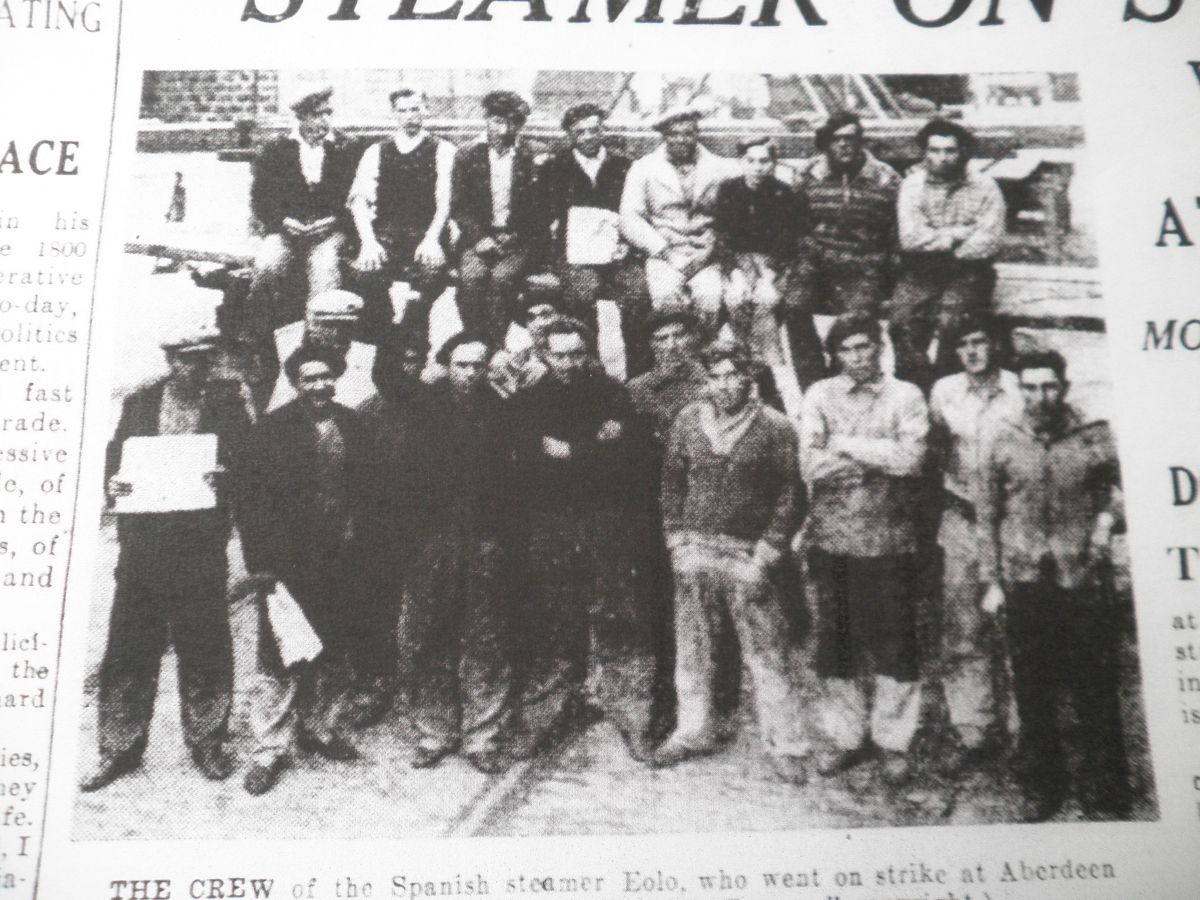 The Crew of Spanish steamer Eolo, which went on strike in Aberdeen in 1936.

When its owners and Captain failed to comply with legislation granting Spanish seaman increased wages, the crew went on strike and turned off steam so their part cargo of grain could not be unloaded.

Aberdeen Dockers, in full sympathy, along with other workers and trade unionists rallied together to befriend, support and collect for the thirty three men.

Impressively the seamen held strong to their demands for higher wages, better food and working conditions for 15 weeks until full settlement had been made, cementing the Granite City’s bond of unity with Spain into the Spanish Civil War and beyond.

Nineteen men, strongly motivated by discussions with the seamen, courageously left Aberdeen to fight for freedom and democracy in the Spanish Civil War (1936-1939). Five of these men made the ultimate sacrifice – giving their lives in the battle against Fascism.

Serving in the Anti-Tank battery, during the Battle of Brunete, John Londragan sustained severe wounds. Restless recuperating, he walked to a nearby village, Albares, where by amazing coincidence, it transpired that a local shop owner was the father of his friend – Juan Attaro, one of the crew from the Eolo. Juan had heard all about Aberdeen’s hospitality in “glowing terms”.

Still for me the story was not only a personal one, where my Grandfather John Londragan played a prominent role, but as an Aberdonian myself. I felt great pride in the Granite city’s demonstration of warmth and political strength, so it was a real honour to be able to compile this as a valuable piece of history to be displayed by Aberdeen Maritime Museum.

The project has gained strong support from Trade Unions, Aberdeen City Council and local media, as well as being positively welcomed by Scottish Parliament.

The opening took place on Saturday May 28th – with a very successful and well attended launch event organised by Tommy Campbell, Regional Officer of Unite.

Ironically the relevance of this poignant story, is still sharply reflected in current affairs today where in Aberdeen Harbour, the MV Malaviya Seven, an offshore supply vessel, has recently been impounded amid shocking allegations of “Modern Day Slavery”. Although the Indian crew are not on strike like the Spanish Seamen in 1936, they share similar issues such as working conditions and wages withheld by employers.

Again these are seamen stranded miles from home, without food or money. Luckily they have come to the right city as Aberdeen steps forward yet again, in solidarity to welcome and support them. 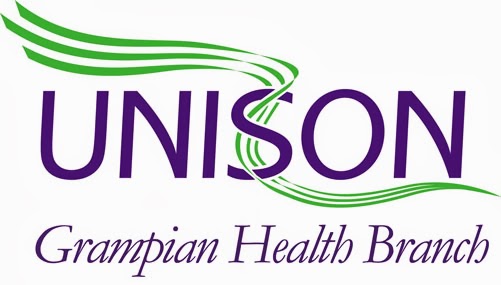 With thanks to Hall Hamilton Harper.

Due to the high cost of living in the Grampian Region, health union UNISON are campaigning for pay equality in the area to help alleviate recruitment and retention issues in the oil capital of Europe and provide local NHS workers with a reasonable living wage.

The matter of a High Cost Area Supplement for NHS staff in Grampian was raised during Portfolio Questions in the Scottish Parliament on Wednesday 11th December (question number 8).

“I do not believe that a High Cost Area Supplement would be appropriate.

“Do we then introduce a high cost living supplement or a skills shortage supplement for the Western Isles?”

“The Western Isles was a great example for Mr. Neil to use as it already has an allowance that is paid to all Western Isles staff – it’s called a Scottish distant islands allowance.

“The High Cost Area Supplement for Grampian is about much more than an isolated incidence of a difficult to recruit post, it is about the huge difference in the general costs of living within the Grampian area when compared to neighbouring boards.”

The figures produced by UNISON show that low paid NHS employees in Aberdeen only have, on average, £76.64 per month left to live on after deductions for rent, council tax and ‘bus travel compared with their counterparts in Dundee and Inverness who are left with £483.67 and £396.33 respectively.