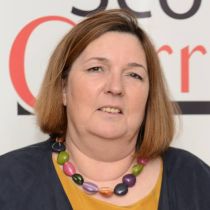 The B-listed building, owned by the council, was historically used by the Royal Family travelling to nearby Balmoral Castle and was hit by a fire which broke out in May 2015.

The building had been leased to VisitScotland for the last 15 years and housed a Visitor Information Centre, restaurant, museum, clothes shop and photography business.

Although much of the building was severely damaged by the fire, a replica Royal carriage survived, as well as various undamaged display cases.

Aberdeenshire Council committed to rebuilding the station and subsequently submitted a successful planning application to the Cairngorms National Park Authority.

There will be changes to how the internal space will be used – both the Visitor Information Centre and the restaurant will return and these will be joined by a library and an enhanced exhibition space. The Royal Carriage will be reinstalled as one of the main attractions.

The project, expected to cost in the region of £3million, is expected to be completed in December of this year, all being well.

The principle elevations of the original building will be reinstated matching the Victorian architecture and detailing, including Queen Victoria’s Waiting Room.

“This marks the start of the restoration of this iconic building that plays such an important role in Ballater and indeed the whole of Royal Deeside.  Watching the first turf being dug makes me hugely optimistic that the fortunes of this beautiful village have turned a corner.”

Aberdeenshire Provost Hamish Vernal marked the start of the project by cutting the first turf with a ceremonial spade and wheelbarrow used to start the construction of Ballater Railway Station by the Great North of Scotland Railway Company in 1865.

“Ballater has had a tough time lately. The fire was a terrible tragedy along with the devastation suffered as a consequence of Storm Frank.

“However, I can see real progress with many shops open for business again and more and more residents returned to their homes.  Therefore, it is great to see another milestone achieved through the start of the construction work to redevelop the Old Royal Station.”

“Morgan Sindall has a successful track record of delivering public sector projects and we’re proud to have been selected for one that has such significance to people not only in the local area, but across Scotland as a whole.

“Ballater Old Royal Station has a rich cultural history and is integral to the region’s tourism industry. We’re mindful of the need to retain as many of the original heritage features as possible during the restoration process and confident that the finished building will be well received.”

The station was opened in October 1866 by the Great North of Scotland Railway and was the nearest station to Balmoral Castle. It closed in February 1966.