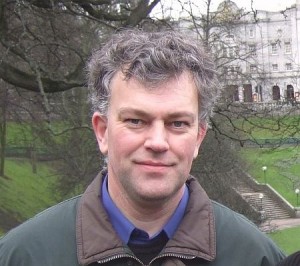 Campaigners in favour of re-opening the Buchan line railway at least as far as Ellon are demanding that fair forecasts of passenger numbers are used to evaluate the projected benefits of rebuilding the line.
In response to the announcement that the re-opened Borders railway has carried its first million passengers in its first year of operation, East Garioch councillor Martin Ford commented:

“There must be no bias against re-opening the rail line to Ellon or beyond in the evaluation of future transport options for the Fraserburgh/Peterhead/Ellon/Aberdeen transport corridor,”

While the verified passenger numbers for the whole of the first year of operation are not yet available, it is clear the re-opened Borders line is far busier than the forecast levels of use predicted when re-opening was being considered.

“The passenger numbers using rail stations and lines that have re-opened have generally been above – often well above – the forecast numbers used to decide whether the re-opening was a value-for-money investment,” said Cllr Ford.

“Essentially, the predictions of passenger use have been, pretty consistently, far too pessimistic.”

“The pessimism in the forecasting of expected use amounts to a bias against rail re-openings and risks seeing proposed schemes blocked when they would be successful,” said Cllr Ford.

“Fortunately the Borders line re-opening went ahead anyway despite the poor forecasts of passenger numbers. But hopes for re-opening the Buchan line must not be put at risk by underestimating its attractiveness to passengers.”

Cllr Ford and Mid-Formartine councillor Paul Johnston have now written to Nestrans director Derick Murray seeking assurances that better methods of predicting passenger numbers will be used to quantify the expected benefits of re-opening the Buchan line railway to Ellon or beyond.

“The business case for re-opening the railway, as opposed to other options, must not be unfairly damaged by underestimating the number of people who would opt to travel by train if that choice was available,” said Cllr Paul Johnston.

“No-one expects passenger number forecasts to be exactly correct every time. But the pattern of repeated underestimates strongly suggests the methods being used are not accurately reflecting actual behaviour. So lessons must be learnt from the success of the Borders line re-opening and revised methods for forecasting expected passenger use applied in future.

“The desire to bring back the Buchan line must not be derailed by faulty forecasts,”
Cllr Ford Added:
“There is every reason to believe a re-opened railway to Ellon would be a great success.”

One Response to “Borders Rail Success Has Lessons For Buchan Decision”