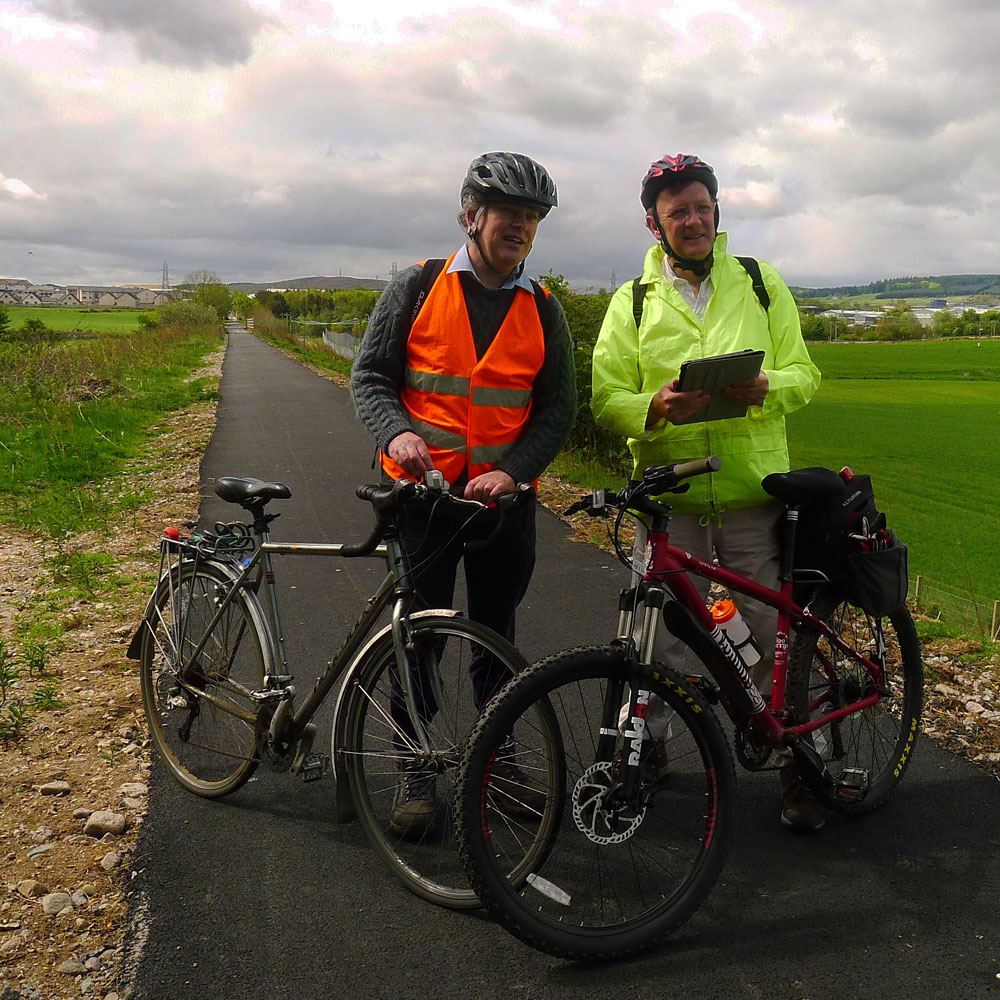 Aberdeenshire councillors Paul Johnston and Martin Ford have cycled the route of the closed rail line between Dyce and Ellon using the cycle/walk way now on the track-bed.

The two councillors are campaigning to have the rail line re-opened and wanted to see for themselves what work might be required to reinstate the railway.

“I was a member of Grampian Regional Council’s Infrastructure Committee when I supported that council buying the route some 35 years ago. Even then, the hope was the line could one day be re-opened.

“Nothing we found today cycling along the route would be a major obstacle to re-opening the line.

“I am more optimistic than ever before that re-opening is now a real possibility.

“We believe the City Region Deal offers the best prospect for taking rail re-opening to Ellon onwards from being an aspiration to making it a reality.”

A number of former rail lines in different parts of Scotland have been been rebuilt and re-opened in recent years. The longest new route, the almost thirty miles of rebuilt railway from Edinburgh to Tweedbank in the Borders, is due to open on 6 September.

The former railway from Dyce to Ellon is about 14 miles long and, apart from one very small section, the whole of the track-bed is owned by Aberdeen City Council or Aberdeenshire Council. If the railway was to re-open, the current Formartine & Buchan walk/cycle way would have to be relocated to an adjacent position.

“Re-opening the line from Dyce to Ellon presents fewer difficulties than other recent rail re-openings. The land has not been sold off piecemeal. There are no tunnels, and no problem of mining subsidence. A number of bridges are missing or would have to be replaced, but that would be true of virtually any closed railway it was decided to re-open.

“There appears to be enough land along almost the whole route to allow both a reinstated railway and a cycle/walk way to coexist without the need to buy additional ground.”

“Of course, a great deal of technical work will be required for a transport project on this scale. The planning process too will take time. Aberdeenshire Council, though, has already expressed its support in principle for exploring re-opening. The City Region Deal offers a great opportunity to bring that hope to fruition.”