With thanks to Paul Smith, Citrus:Mix. 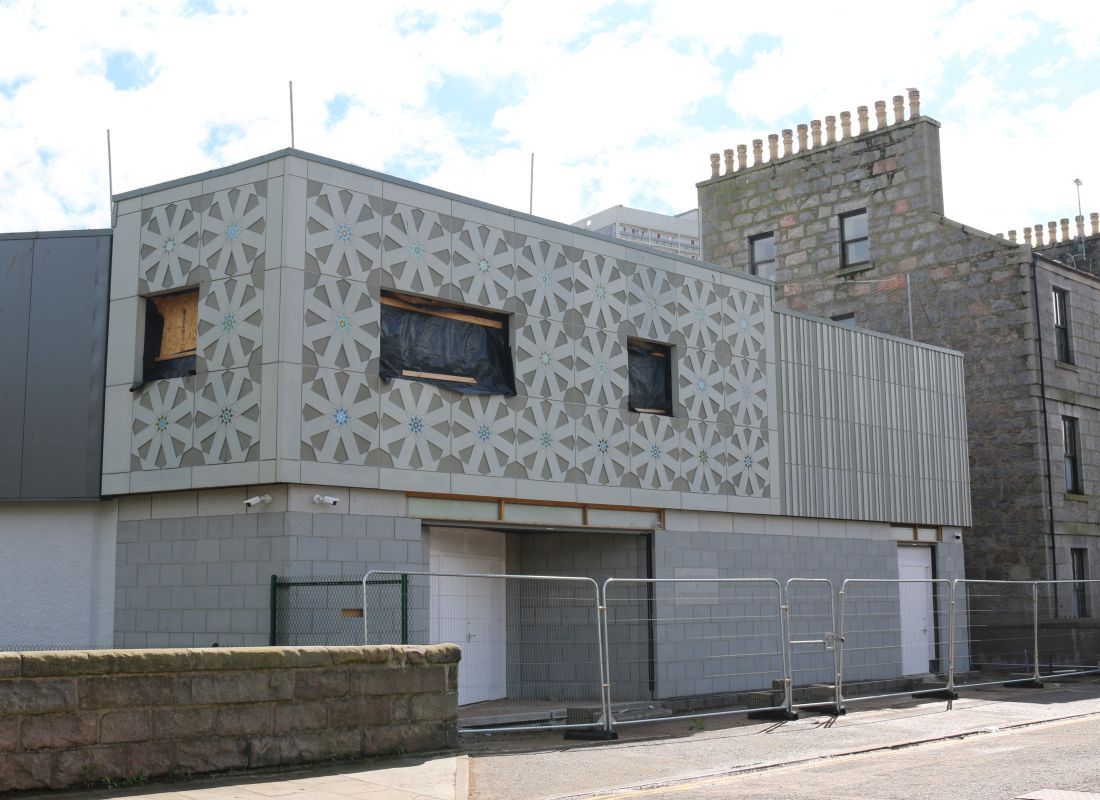 Plans for the next stage in an ambitious Aberdeen community project have taken another major step forward after a fundraiser in the city added £75,000 to the running total. The Alhikmah Foundation is the driving force behind the creation of the Masjid Alhikmah, which will feature community and youth facilities as well as prayer halls for north-east Muslims.

Made possible entirely through donations and the fundraising activities of supporters, already £1.2million has been donated and an Iftar dinner at the Hilton Treetops Hotel in Aberdeen on Friday, June 17, brought in £75,000 during an evening attended by more than 500 people.

The generous backing to date has enabled the Nelson Street project to make significant progress, with the main part of the construction programme concluded in January (2016).

The first phase incorporated all structural and external aspects and the foundation is pushing forward for plans for the second stage, which will involve the internal fit and finish of the three-storey building.

A spokesman for the Alhikmah Foundation said:

“The completion of the external elements of the  building was a significant milestone and a very proud moment for all who have been involved in the project. To see the site transformed and regenerated is very rewarding, with the feedback we have had from local residents extremely positive.

“None of this would have been possible without the support the foundation has received from donors and from fundraisers who have taken on an incredible array of challenges. To reach £1.2m is a wonderful achievement and we cannot thank those who have contributed enough.

“Without them the vision for Masjid Alhikmah could not have become a reality and the latest event is another demonstration of the strength of support there is – the £75,000 total from the Iftar dinner exceeded our expectations and we thank all who attended and made the evening such a success.”

Iftar is part of the month of Ramadan and marks the breaking of the daily fast between dawn and sunset. The foundation dinner was an opportunity for the north-east Muslim community to join together for Iftar whilst supporting a fundraising cause close to their heart.

The campaign will continue as the project progresses, with the target of raising an additional £425,000 to pay for the internal aspects of the new facility. The full annual report for 2015 has been published and is available to download online, outlining the financial performance of the foundation for the year and also detailing key aspects of the project.

“The annual report is an opportunity to look back over a very productive year but also look forward to what is ahead. We know there are a number of community fundraising events in the pipeline and it is very important that the momentum that we have built is carried forward.

“It has been a wonderful effort to get to this stage, particularly given the challenging economic climate facing the north-east at present, and we are grateful to everyone who has contributed so far or who plans to in the weeks and months ahead. Every penny spent on the project will continue to come from fundraising by our supporters.”

Masjid Alhikmah will feature space for worship, funeral preparations, dedicated women’s facilities and a family community centre. There is an active Muslim community living in and around the city of Aberdeen and the facility is designed to help create unity and foster a sense of harmony between Muslims and fellow north-east residents.

The name chosen for the new centre stems from Arabic. Masjid translates as “a place of congregational worship” and Alhikmah as “wisdom”.