Part Four: In The Long Term. By Mike Shepherd 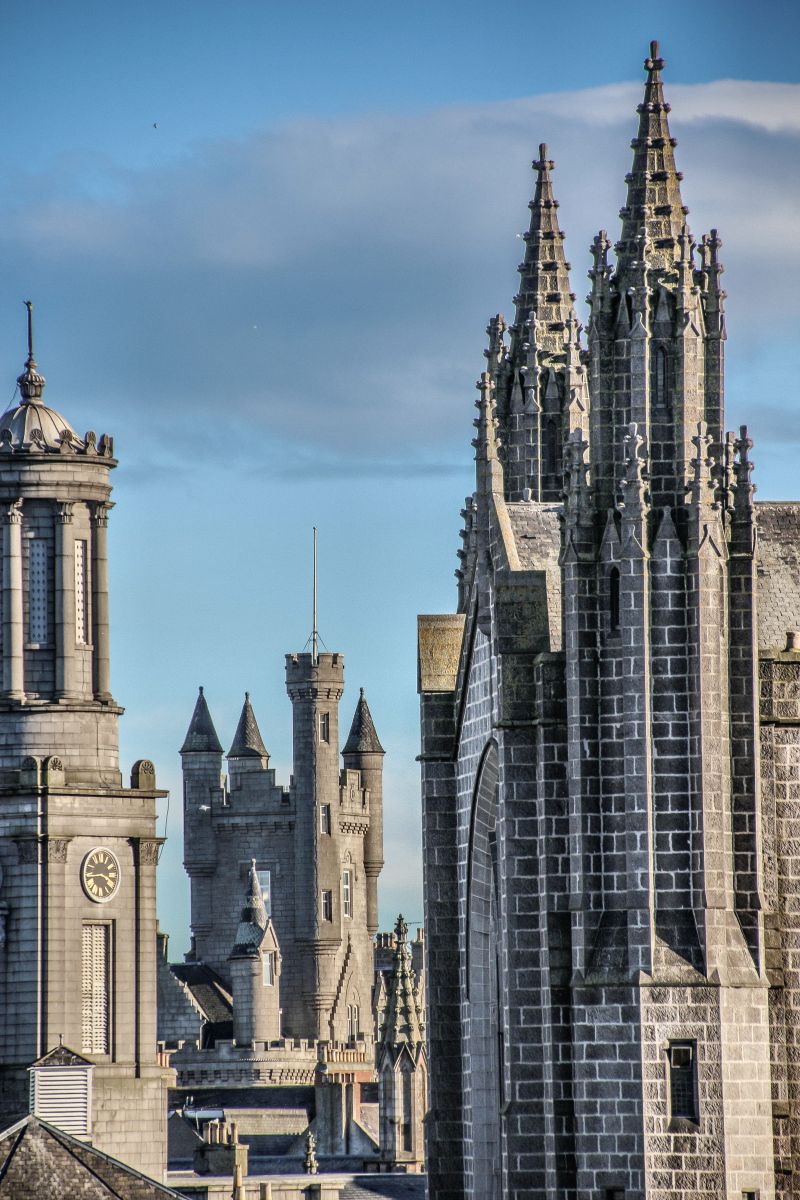 Consider this scenario for Aberdeen and the Northeast of Scotland:

There are no jobs to be had in the area, the existing industries are in decline and those employed in them are poorly paid. Unemployment is above the Scottish average. The population is falling at an astonishing rate of 4,500 per year as the locals seek jobs elsewhere.
Unfavourable comparisons are being made between Dundee and Aberdeen; Dundee is attracting inward investment on the back of preferential treatment from the government, whereas Aberdeen all on its own in the forgotten northeast corner is all but ignored.

No, not a prediction for the future, it is an actual economic snapshot of the Aberdeen area in the 1960s just before North Sea oil was discovered.

Once the oil companies leave, Aberdeen could return to economic circumstances that would be even worse than in the 1960s. At least back then there was some semblance to a diversified economy in the city. Aberdeen was dominated by the fishing industry with over a hundred trawlers in the harbour. It was also a popular tourist destination in the days before foreign travel became common.

Visitors were attracted to the city described then as the ‘Silver City by the Golden Sands’. There were two ship-building yards at the harbour and paper, textiles and combs were made in the city. Not much of this is now left. Aberdeen’s future could be an even bleaker shadow of its past if no action is taken soon to remedy this.

One thing hasn’t changed much since the 1960s however, Aberdeen’s shockingly poor transport links with the rest of the country. Given the city’s relatively remote location this does not bode well for an economic future. The road network in Aberdeenshire is a joke and the railway connection to the south has been shockingly neglected.

The rail link is still single track at Montrose, a well-known bottleneck, although a long overdue action to remedy this may now be about to happen.

Aberdeen can consider itself very hard done by. As pointed out in a previous Aberdeen Voice article ‘How Aberdeen was short-changed over North Sea oil’ – the onshore infrastructure to support North Sea oil was paid by local government and assisted by our rates / council taxes but not by the UK government. Between 1975 and the early 1990s the expenditure by the Grampian Regional Council was in excess of £100 million per year.

The other areas affected by North Sea oil are faring much better than we are. Revenue from the Sullom Voe and Flotta oil terminals means that Shetland now sits on an oil fund of £400 million and the equivalent in Orkney is just under £200 million. 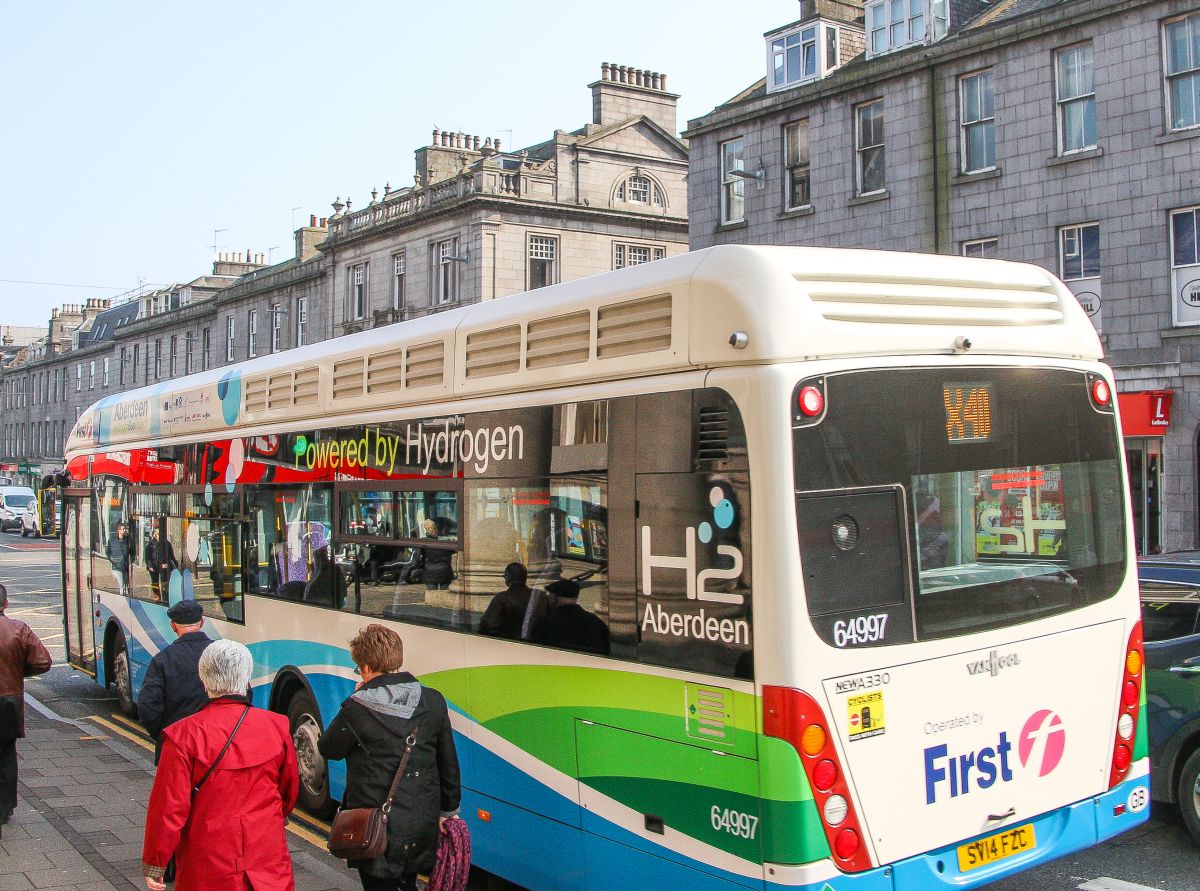 A plan by Grampian Regional Council to levy rates on offshore platforms as a means of funding onshore infrastructure was blocked by the Treasury. Given that the UK tax take from North Sea oil and gas is now over £300 billion in today’s money, there is a strong moral case for the government to now help Aberdeen to establish an economic base for the future.

Our local politicians and media will need to shout very loudly that it was our local government that bankrolled the needs of the oil industry only for all the revenues to go elsewhere.

Yet, the perception is that the city has somehow squandered what should have been its golden goose; that some enormous pot of money was available to Aberdeen to do with whatever we wanted to. Here’s a recent example of this nonsense.

An opinion piece in the Dundee Courier headlined ‘Aberdeen boost: right deal but the wrong city’, referred to the recent Aberdeen City Deal, the proposed investment of £250 million in the city announced in January this year:

“I’d argue that Dundee and Perth – jointly progressing a City Deal bid at the moment – are more worthy of that investment at this moment.

“That may sound like sour grapes, but my rationale is this. As the black gold tap ran, Aberdeen had its chance to build a broad-based economy fit to withstand the rigours of the modern world. It had the opportunity to future-proof itself and create prosperity for generations to come. But, if not lost, that chance has certainly not been grasped.”

So what should Aberdeen do to diversify its economy?

I’m a petroleum geologist not an economist, so I will not profess to any special insights on the issue. Others have noted that the city could play to certain strengths; more could be done to attract tourists, particularly given the region’s scenic attractions and heritage. The area is strong in biomedicine through its academic institutions and who knows, a rump of the oil industry may linger in the city servicing the petroleum industry globally.

I will make one comment though. The most obvious successor to the oil industry in Aberdeen is the renewable energy sector. Aberdeen’s future as an energy city should be as and energy city. The city already hosts engineering companies and technical knowhow. There is an obvious crossover to be made.

This isn’t the first time that renewables has been promoted for the city and region. We have the Aberdeen Renewable Energy Group (AREG) and more recently the Energetica initiative to establish the Aberdeenshire coastal strip as a corridor for the renewables industry. Neither of these has taken off big time, part of the problem being the high cost bases of the area driven up by the presence of the oil industry.

Nevertheless, the recent oil price crash has focussed attention on the need to diversify the Aberdeen economy. The politicians need to push and push until this happens with absolute determination and drive. It will take government money, but for Aberdeen, the turbo-charged motor of the UK economy for the last 40 years, it’s payback time.

Mike Shepherd is author of Oil Strike North Sea, a history of North Sea oil. Join him in an upcoming session to discuss the impact of the oil industry on our shores:
March 17th 5-6pm – Blackwell’s Book Shop, High Street, Old Aberdeen. 5-6pm. Free, but please reserve a place by phoning 01224 486102 or emailing erin.matheson@blackwell.co.uk.

5 Responses to “The Future Of Aberdeen As An Energy City: Part 4”