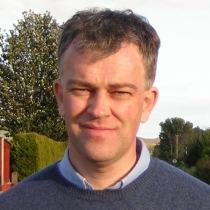 Aberdeenshire Council faces some tough choices when it comes to set its revenue budget for 2016/17 on 11 February – but most of the savings required can be achieved without damaging services.

That is the view of the authority’s Democratic Independent and Green Group (DIGG) councillors Paul Johnston and Martin Ford.

“The Council does have scope to make a range of substantial savings in its budget that will not affect service delivery,” said Cllr Paul Johnston.

“For instance, compared with expectations, the Council will save well over £1 million on borrowing costs in financial year 2016/17, due to continuing low interest rates. Fuel and electricity prices are also lower than had been forecast. Demand for some services has been less than expected in 2015/16, meaning the current budget allocation is more than required.”

“The Council’s budget position has also been eased by additional income. New houses have been built and occupied bringing in additional Council Tax. Sales from the Council’s quarries are up by more than £1 million this year and next year’s budget can be adjusted to reflect an expected higher income too. The Council has gone for renewable energy – biomass and photovoltaic panels – to supply some of its buildings and this both saves on fuel or electricity costs and generates an income.”

The DIGG put forward draft budget proposals at the November 2015 Aberdeenshire Council meeting showing how the Council could effect savings of £17.97 million – slightly more than the total savings of £17.561 million then anticipated to be required to balance the 2016/17 revenue budget.

After the November Aberdeenshire full council meeting, officers identified further budget pressures. Then the Scottish Government’s grant settlement to the Council announced before Christmas was less than the ‘flat cash’ funding anticipated, creating a further £6.390 million shortfall for 2016/17. The Council thus now needs to find savings of £28.312 million to balance its 2016/17 revenue budget.

Since November, the DIGG councillors have been working on how further savings could be effected. While the Council will set a one-year budget on 11 February, it will do so in the context of knowing it needs to make at least a further £30 million of savings in the years to 2020.

The DIGG councillors have made clear their opposition to continuation of the Council Tax freeze.

“Vital public services such as education and social work must be protected from cuts as top priority. To do that, the Council must re-examine everything it does and seek increased efficiency whenever possible.

“There is certainly scope for some genuine efficiency savings.

“The Council could replace stand-alone public toilets with partnership arrangements for public access to toilets in buildings such as hotels, both improving the service and reducing costs.

“We also believe the Council can make further savings by additional investment in energy efficiency, such as LED street lights, and renewable energy.”

The DIGG is a separate and independent group on Aberdeenshire Council that reached a ‘confidence and supply’ agreement with Aberdeenshire’s new administration last year. Some specific budget commitments were included in that agreement.

“The new administration has already accepted our conditions that there are no cuts to the community learning and development budget line, £250,000 is transferred to increase the budget for cycling and walking and £100,000 is redirected to preventative local health and social care services, specifically to fund third-sector organisations in Aberdeenshire to support vulnerable residents achieve or maintain independent living.”