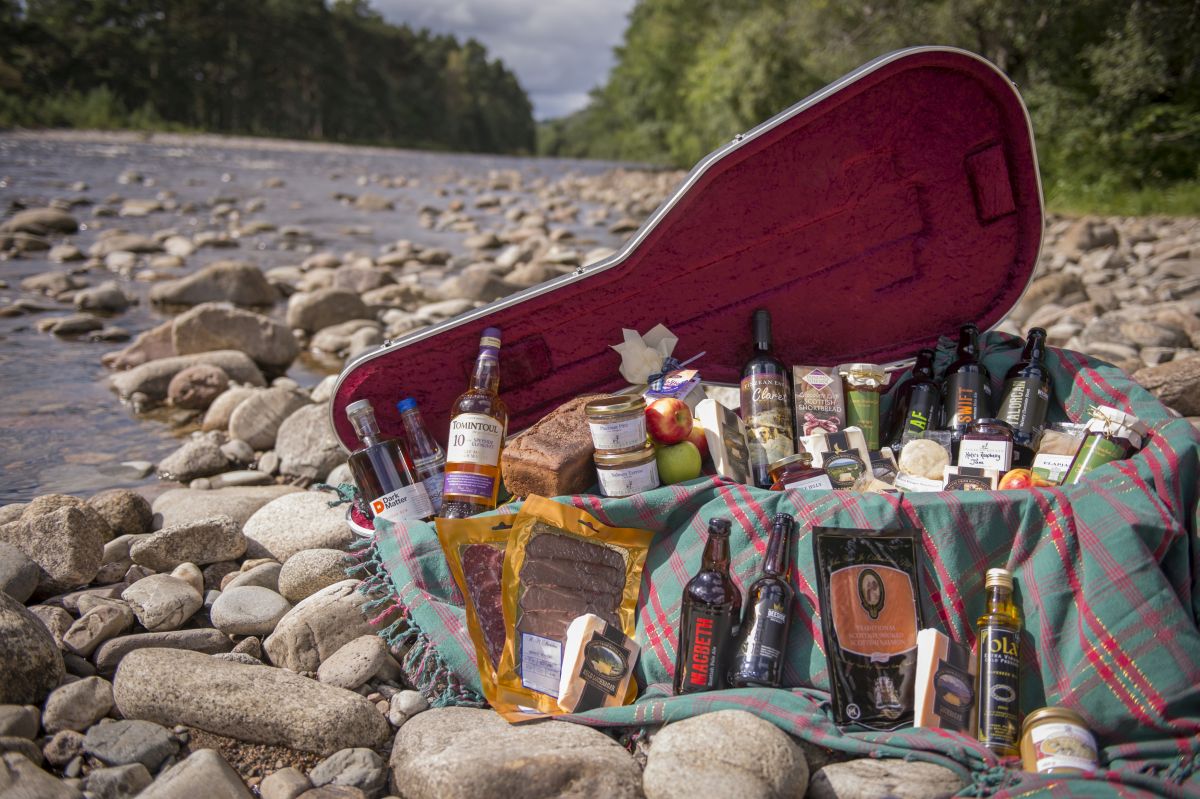 Royal Deeside’s Food and Fiddle Fortnight will reach a crescendo this weekend with a number of musical performances, one of which will be a world public premiere.

On the final day of the two-week festival, members of the pipes and drums of The Royal Highland Fusiliers 2nd Battalion The Royal Regiment of Scotland (2 SCOTS) will perform the first public recital of the new pipe tune ‘The Longest Reign’.

The tune, a march, has been composed by Pipe Major of 2 SCOTS Stuart Gillies to commemorate Her Majesty The Queen becoming the longest reigning monarch in British history.

The historic recital of the tune will take place at a free to attend event at Deeside Activity Park near Aboyne on Sunday, 18 October at 2:00pm, and will be one of the final events of Food and Fiddle Fortnight. The pipe band’s performance will also feature a medley of other traditional tunes.

Pipe Major Gillies composed the vibrant tune at the request of 2 SCOTS company commander Major Alastair Colville. ‘The Longest Reign’ marks the date – Wednesday, 09 September 2015 – that Her Majesty surpassed the milestone which her great-great-grandmother Queen Victoria had previously held. It was played for her at Balmoral Castle on that date.

The Royal Highland Fusiliers have been on Royal Guard duties on Royal Deeside for the past three months and presented Her Majesty with a copy of tune at the end of her annual summer stay. Sunday’s performance at Deeside Activity Park will be one of the final engagements that the fusiliers will carry out on Royal Deeside before returning to their barracks in Edinburgh next week.

A video of two pipers from the band performing the tune high on the hills above Ballater has been viewed nearly 80,000 times on the regiment’s Facebook page.

Organised by Visit Royal Deeside, Food and Fiddle Fortnight is an annual celebration of the area’s culinary and cultural talents and heritage.  The two-week festival draws to a close on Sunday evening, by which time more than 60 events will have been held at venues across Deeside and Donside, bringing together local food producers, businesses and musicians.

Highlights of the coming week’s programme include special daytime events and musical evenings at the Hilton Grand Vacations Club at Craigendarroch. There are live traditional music sessions at the Aberdeen Arms, Tarland, on Tuesday, 13 October and the Deeside Inn, Ballater, on Saturday, 17 October.

For walkers and those keen to learn more about the Cambus O’ May area there is a guided walk led by local historian Ian Murray on Saturday, 17 October. The walk will be punctuated with live fiddle music from Paul Anderson. Participants will then enjoy more music and a two-course dinner at Ballater’s Riverside Cottage Cafe.

The fortnight-long celebration will draw to a close with a concert performed by the Rua Macmillan Duo at the Woodend Barn, Banchory, on Sunday, 18 October. Award winning Scottish fiddler Rua Macmillan will be joined by pianist Suzanne Houston, with the duo performing a range of music from across Scotland and further afield.

“The Longest Reign is a wonderful piece of music and a fantastic way to commemorate Her Majesty’s achievement. It is very fitting that the world public premiere of the tune will take place on Royal Deeside, an area held in great affection by The Queen and her great-great-grandmother, Queen Victoria, the length of whose reign she surpassed.

“There are a number of great events still ahead this week which will appeal to all ages, especially with the school holidays starting. We are very pleased that 2 SCOTS have agreed to perform for us on Sunday afternoon at Deeside Activity Park. It is a fitting way to help bring the 2015 Food and Fiddle Fortnight to a close and also mark the end of the battalion’s time on Royal Deeside.”

To inspire visitors to explore the local area even further during Food and Fiddle Fortnight, Visit Royal Deeside has put together an A to Z of things to do and places to visit. The list highlights some of the more unusual activities on offer, including lessons in tractor driving, gliding and driving a train on part of the old Deeside line.

Visit Royal Deeside is the destination management organisation established in 2005 to promote Royal Deeside, Donside and the eastern Cairngorms. The organisation works with over 100 locals businesses to enhance the quality and variety of visitor products and services, providing effective training and support where necessary.

It aims to grow tourism in the area for the benefit of locals and ensure visitors have the best possible experience to encourage return visits and recommendations to family and friends. More information is available at www.visitroyaldeeside.com.