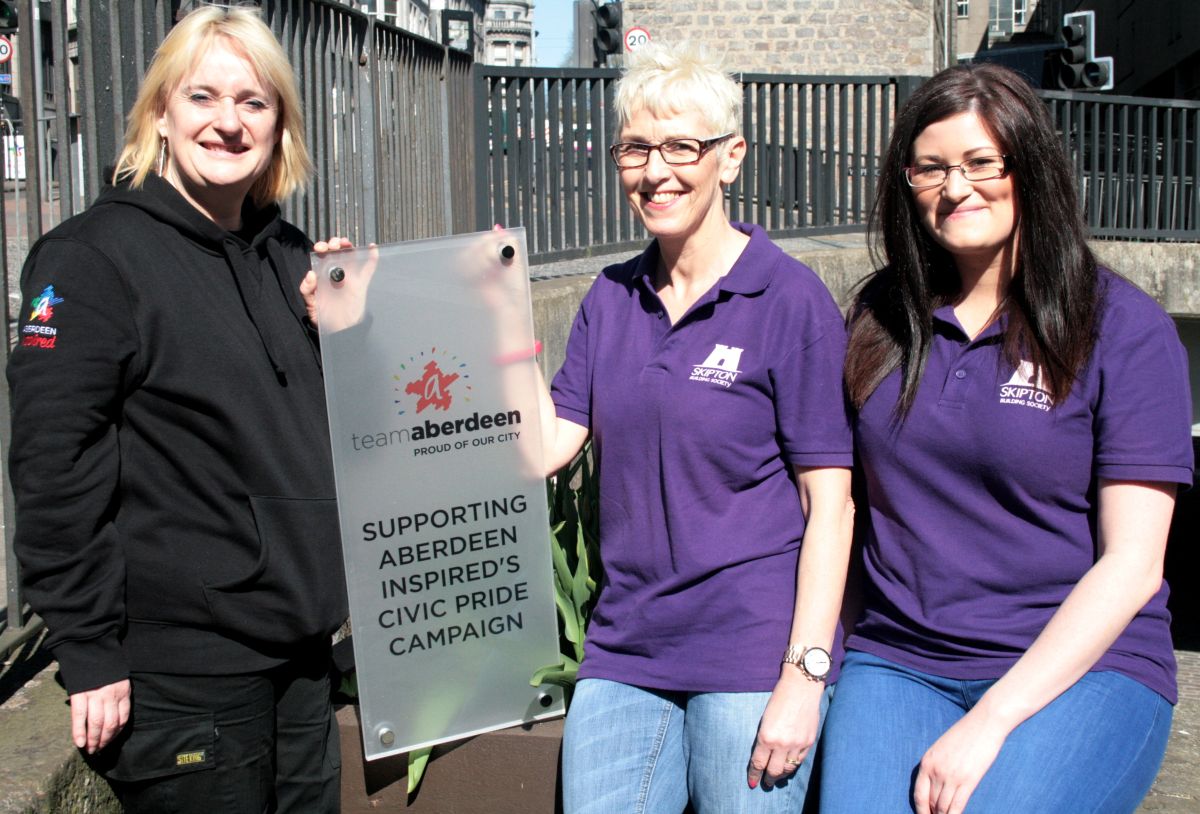 An initiative aimed at instilling a sense of civic pride in Aberdeen has seen the products of its first ‘Adopt an Area’ project come to fruition.
Spearheaded by business organisation Aberdeen Inspired, the Team Aberdeen campaign is committed to fostering pride in the heart of the city by encouraging residents, visitors, businesses and other stakeholders to join together to enhance its aesthetic appeal.

Late last year, the campaign enlisted the help of volunteers from Aberdeen City Centre Community Council (ACCCC) and Skipton Building Society to spruce up an area on the corner of the city’s College Street and Bridge Street.

The site, often been criticised for its unsightly appearance, had a number of containers installed in November, along with a deep clean and tidy up from Aberdeen City Council, with the recent fine weather allowing for the first shoots to begin to show.

However, despite the recent deep clean and additions, the location has continued to be blighted by discarded cigarette ends and litter. The team from Skipton has reinforced its support of Team Aberdeen even further by carrying out another tidy up of the area in an effort to combat this ongoing problem. It has also committed its support to the next ‘Adopt an Area’ project once a location has been finalised.

And as Aberdeen Inspired moves towards its important renewal ballot which is to be held early next year, it has issued a rallying call for other businesses to get involved with adopting other parts of the BID zone.

“The ‘Adopt an Area’ initiative was an important milestone for the Team Aberdeen campaign and it really has shown how big a difference little additions can make to a specific area.

“We were delighted to present this plaque to Skipton Building Society in recognition of its continued work in the area. The team is a fantastic example of how voluntary contributions can help improve the aesthetics of the BID zone and we really can’t thank them enough for their efforts.

“As Aberdeen Inspired moves towards its important re-ballot date early next year, we’d now like to roll the ‘Adopt an Area’ scheme out across other parts of the BID zone but to do this, we really need the help and support of businesses within the area. We’re looking for a group of volunteers to give up a few hours to help sweep, wash or even plant some seeds as we look to continue the good momentum that the campaign has already gained.

“We have a few sites in mind and we’d be delighted to speak to anyone who is interested in getting involved. Your help could make a massive difference to an area that so many people regularly use, whether it is working, living in or simply visiting.”

For further information on the work of Aberdeen Inspired visit www.aberdeeninspired.com