On Saturday 8th November at 11.30am there will be a rally outside Marks and Spencer’s in Aberdeen to raise concerns about the bombing campaign taking place in Iraq/Syria. With thanks to Jonathan Russell. 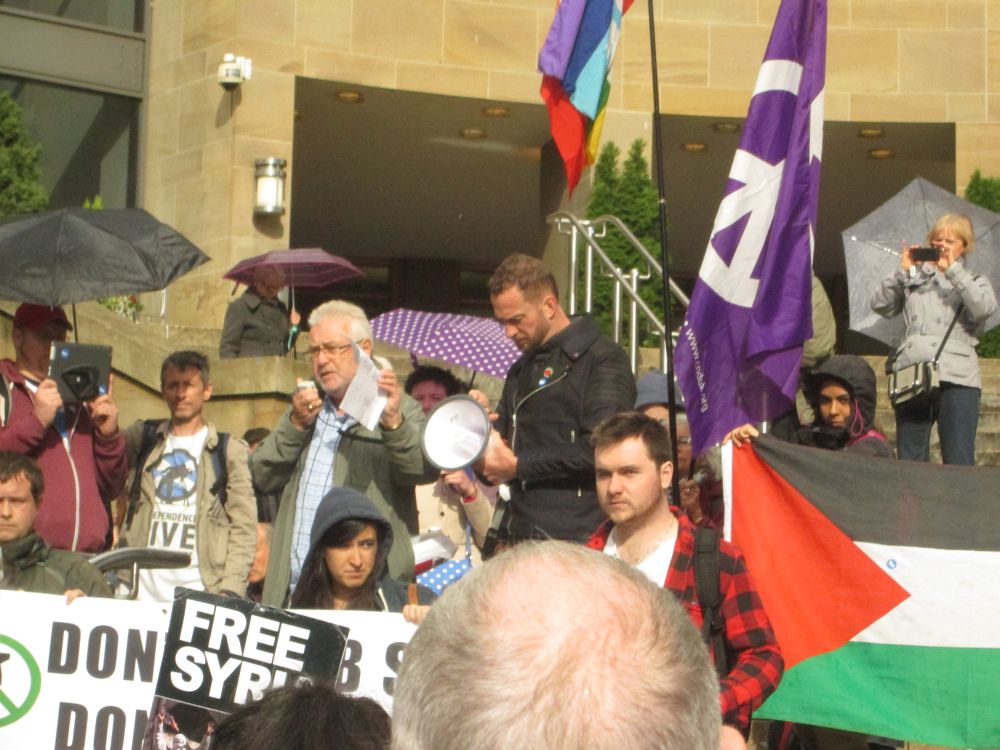 All those speaking at and attending the rally from across the political divide are horrified by the rise of ISIS and do see the need for action to deal with the rise of ISIS.

We are united in that we consider that the bombing will, in the long term, make the situation worse as more people get killed and much needed infrastructure is destroyed.

There is one thing many people in the Middle East hate more than ISIS and that is Western Involvement.

Aberdeen and District Campaign for Nuclear Disarmament will be hosting the event.

“Interventions in Iraq, Afghanistan, Libya and Syria have all been disastrous leading to  broken countries with hundreds of thousands dead and millions in refugee camps.

“Over the past three years there has been a massive increase in arms sales to the Middle East in particular Saudi Arabia but also Oman and Turkey it is these very countries allies of the West that have funded and armed ISIS and through whom oil has been sold. We need to be starving ISIS of resources, supporting the Iraqi government and Kurds, giving many more resources to refugees and toward rebuilding these failed countries.

“Bombing by West just feeds this wild frenzy of blood. We need a long term solution to the area this requires negotiation not more bloodshed”

One Response to “Stop the Bombing Rally: Ways Forward For Iraq and Syria”