Beach clean weekend highlights damaging effect of plastic bags on the environment. With thanks to Paul Robertson. 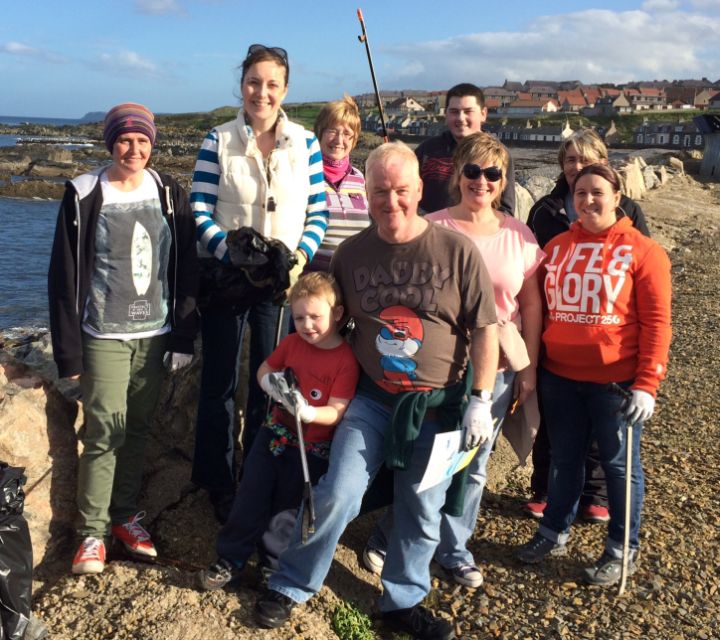 Member of Parliament for Banff and Buchan, Dr Eilidh Whiteford, joined environmental campaigners on a beach clean of High Shore in Macduff on Saturday 18 October as a new Scottish Government scheme on reducing bag use came into effect.

From 20 October, shoppers have been facing a 5p minimum charge for use of a bag in a scheme that is designed to reduce use of bags and protect the environment.

Around 750 million bags are used in Scotland every year.

Eilidh Whiteford joined the ‘Surfers Against Sewage’ group as they launched a beach clean at High Shore, Macduff, commenting:

“Carrier bags are a highly visible aspect of litter, and that has become clear in today’s beach clean.  By reducing the amount being carelessly discarded we can cut litter and its impact on our environment and economy. A small charge should also encourage us all to stop and think about what we discard and what can be re-used.”

“We have seen elsewhere that carrier bag charging has been effective in encouraging people to reuse bags. This charge is not a tax but will see retailers donating the proceeds to charity – this could be up to £5 million per year after retailers have covered their costs.”

“Thousands of Scottish people already use bags for life and some retailers already charge. It is now time, however, for a national effort.”

The Surfers Against Sewage campaign weekend concluded with a clean-up of Banff Links.