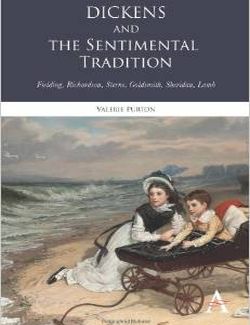 The Aberdeen Dickens Fellowship was delighted to welcome Professor Valerie Purton to talk at its first meeting of the 2014-15
season.

Taking the theme from her 2012 book Dickens and the Sentimental Tradition, Valerie showed, in the context of this season’s featured book, The Old Curiosity Shop, how sentimentalism was a well-established literary device, existing centuries before Dickens created Little Nell and Kit Nubbles.

During her talk, Valerie drew on the biblical pathos inherent in Abraham’s willingness to sacrifice Jacob, medieval Mystery Plays, Richardson’s Clarissa and Goldsmith’s The Vicar of Wakefield among others. Goldsmith was a particular favourite of the youthful Dickens.

“One would have to have a heart of stone to read the death of little Nell without dissolving into tears…of laughter”.

Dickens and the Sentimental Tradition argues that Dickens, and others, set out to educate their readers and to demonstrate the importance and superiority of emotion and feelings through the creation of characters like Little Nell. Valerie argued that in some ways Dickens’s development of a sentimentalist tradition in The Old Curiosity Shop was a deliberate move to counteract the effects of the increasing industrialisation of England, and that sentimentalism popularly lives on in television drama, soap operas and the methods used by charities to raise funds by appealing to our emotions.

This was a wonderful way to start the third season.

Membership of the Aberdeen Dickens Fellowship costs £20 per annum, or attendance at individual monthly events £3.

The next meeting will be held on Tuesday 14 October, where the guest lecture will feature Jenny Hartley, speaking on Urania Cottage, the home for “fallen women” to which Dickens gave considerable support. The meeting will be held in Grampian Housing Association, on the corner of Huntly Street/Summer Street from 7-9 pm.
https://sites.google.com/site/aberdeendickensfellowship/