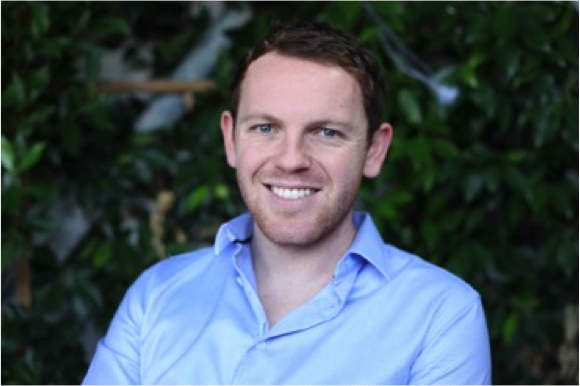 From the moment Sean Connery first ordered a Martini ‘shaken not stirred’ on the big screen, Hollywood’s love affair with Scottish acting talent has been unshakable. Today’s young Scots actors can be found wandering ‘round Westeros, camping at Beaver Falls, and playing Quidditch with Harry Potter (if not kissing him).

These actors and actresses are representing Scotland’s talent in front of the camera – but there is also an influx of Scottish-born talent getting into Hollywood’s boardrooms.

Jonny Paterson is one such home-grown talent.

Paterson was accepted to the prestigious BAFTA Los Angeles Newcomer program, he’s worked with one of Hollywood’s most powerful and respected executives, and has a whole raft of projects he’s keen to get on with in his own production company. Amazingly, he’s 26 years old.

So how does a guy get from Edinburgh to LA?  Aberdeen Voice caught up Paterson to find out.

JP:            I grew up in Scotland where I studied; I was always interested in the theatre.  I decided to go to Carnegie Mellon [a greatly-respected American University] and did a Master’s degree tailored to the entertainment business.  I was involved in theatre at school, and I had the business skill set from working in a talent agency and production company in LA – but I figured out I didn’t like either.

I tried being a runner; there’s probably something Scottish about me… I was a bad assistant; I was not very good at organising someone else’s life.  I came across some good material and pretty much took it from there; got option on a few projects and started JP International Productions to manage my quickly evolving ‘slate’. 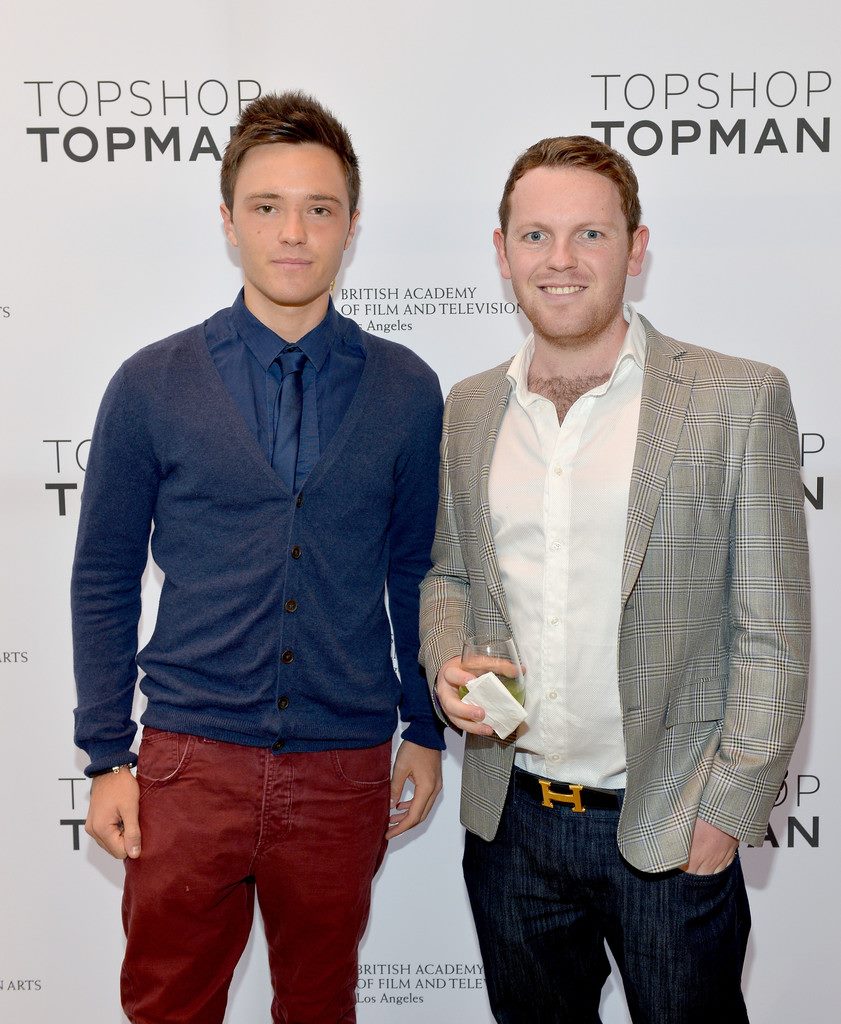 There’s Declan Laird for instance (Laird has just signed to a lead role in an Amazon Video production this week) and we became good friends. He and I are actually developing a TV show together and there’s every scope for him to be involved in one of my upcoming movies.

There’s not too many people from our kind of generation (I’m 26) doing the deal-making/production work though.

JP:            The BAFTA award is different to a lot of other awards; it wasn’t made for any one specific film I’d done.  It looks to the business side of the industry and finds people in the corporate world who are forging a path for themselves in that realm. It is show business after all.  I told them (BAFTA) I was setting up my own company; it’s really an award based around future potential.

My old boss Paula (former CEO and co-owner of United Artists and Cruise/Wagner Productions ‘Mission: Impossible’ franchise, ‘The Last Samurai’, ‘War of the Worlds’, etc.) had championed me, and when you have someone like her in your corner…well, it’s amazing. Paula was fantastic.

This award is a vindication of sorts for choosing the path I have chosen, and shows why l love what I do.  Whilst on the talent management side of the business everything was the same; every day was the same; in Lionsgate Entertainment I was in sales; it was formulaic.

With Paula every five minutes was different and a new challenge; she’s a master at working through things; and I thought ‘this is so exciting!’  I learnt a lot from Paula; in a nutshell, if I do make it, then I owe her great deal.

It’s exciting in Scotland in the year of independence; but in LA, well, if I had to describe energy and positivity, it would be top of the list and it’s great.  Scotland has punched above its weight in every field; I respond to the atmosphere where everyone is aiming for the top.

AV:            What are you doing in Scotland now, and please tell me about football aid and your role

JP:             I’m back in land this weekend; between Edinburgh and Glasgow; then I’m going to Spain for a few days.  Football Aid is a Scottish charity my dad started it around 12 years ago; I’m a non-executive director.

I was diagnosed with juvenile diabetes and my dad started to raise money via football aid – we’ve raised over 5 million pounds so far; Declan Laird will be playing at our Celtic Park event after his parents bought him a position for his 21st birthday this year. 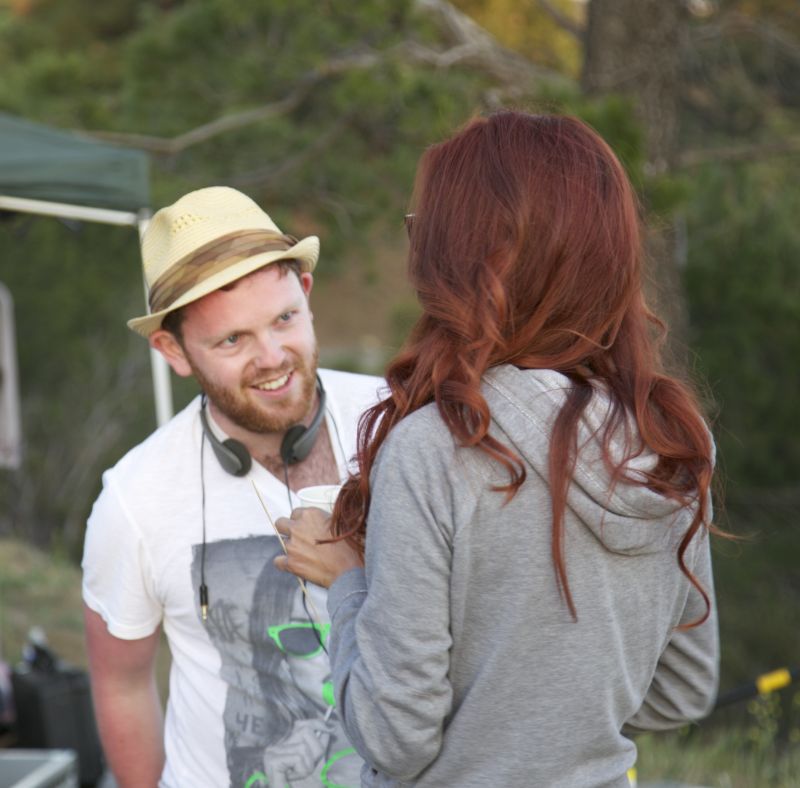 Football Aid is a series of events taking place throughout the month of May at Celtic Park and stadiums across the UK in order to raise funds for juvenile diabetes research and local charities.

Jonny jokes that Declan Laird will make a fool of himself at Celtic Park (Laird is a Celtic supporter, while the rest of his family have different ideas about football team choices). I decide not to weigh in.

JP:             I popped into West Ham the other day; Football Aid is all over the UK now and we’re going international [Italy is now onside, as it were with Genoa and Sampdoria the first clubs to get involved].

AV:            You’re working with Quinton Aaron, best known for his breakout role as the co-lead in Academy Award nominated film, The Blind Side.  It was Aaron’s first film; he starred with Sandra Bullock.  (We discuss the happy story of Quinton, who went from unknown, tall, overweight kid about to hit money worries to a much-admired Hollywood star).  I hear Aaron features in your current projects – tell me more.

JP:             This October we’re filming in the US; it’s called Halfway.  Ben Caird is directing; Ben also won the BAFTA newcomer award the year after I did. Ben comes from an entertainment background; John Caird is his dad, Eliza Doolittle is his sister. Quinton stars; he’s best known for The Blind Side; and he’s also my producing partner.

He’s a lovely, lovely young guy and we’re very fortunate to have him. What’s exciting about Halfway is the way in which we’re looking to raise awareness about the film and as a by-product of that, some of the money as well.

Over the past 18 months a precedent has been set in the realm of crowd-funding with high profile movies like Zach Braff’s Wish I Was Here and the film adaptation of the Veronica Mars television show proving that there is an appetite amongst the general public to get involved with films by contributing small donations, as low as £5 in some instances. The key is to offer in exchange an experience or product that money can’t necessarily buy.

Next year, I have The Scavengers – a modern day Bonnie and Clyde set in the Wild West of Ireland.  Colin Morgan’s been cast; Merlin is his best-known role; and Sarah Bolger (The Tudors, Once Upon a Time, As Cool As I Am) has been cast opposite him.  We’re still packaging it; it’s in its infancy.

AV:            I guess like many people I have a stereotyped vision of a Hollywood producer; cigars, Armani suits, limos – and someone a lot older than you. 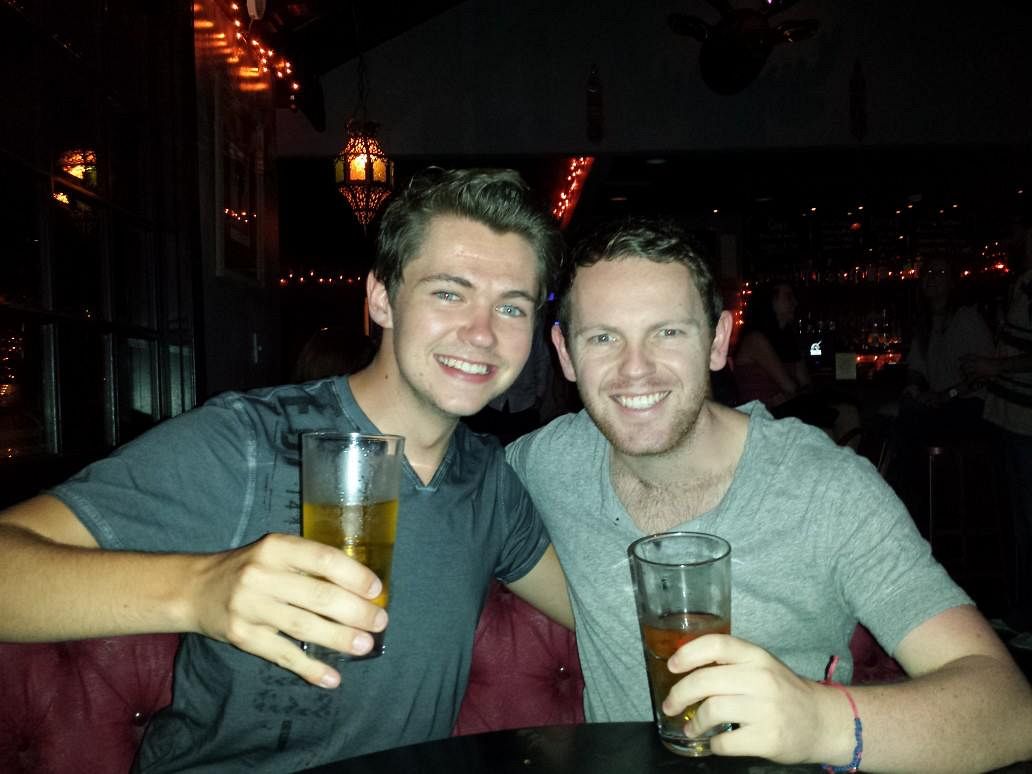 JP:             The age thing is funny to me; usually film producers are older; it’s a by-product of the various skills one associates with the position: high level connections to talent, production companies etc, financing and sales, project managing at a high level – those are the kinds of things traditionally associated with being a Hollywood producer, however I would argue that there have always been people who break the mould and shake things up a bit. I have aspirations and a fairly unique skill set of my own that I believe will lead to success.

JP:             The truth is our job is to create content that people want to actually pay for.  The reality is you can’t beat free, but you can compete with it; if you’re putting your product across in a way that appeals to the consumer… things like releasing film ‘day and date’ in the cinemas, on VOD, and on DVD all on same day it’s released in cinema, you’re giving the consumer choices.

There is still a lot to be said for the experience of going to watch a movie on the big screen in a dark room with a bunch of strangers. It’s part of our culture. If you give people these options, it helps.  In 2014, it is becoming evermore apparent that the consumer wants their product instantaneously and seamlessly, on their I-Pad, smart phone etc.

We have to be careful about how best to approach that.

It’s still flawed and we’re going through yet another transition in our industry; the film industry has always been cyclical; the studios rise up and become all powerful and then something in the realm of technology or business change things – whether it’s the 20s with the advent of the talkies or the arrival of television in to homes across America in the 50s – and now it’s a distribution change – DVDs are becoming less and less reliable as a projected revenue stream for movies of all scopes and now we have online platforms such as Netflix and so on.

In time, the studios catch on to what works, but as an independent producer in 2014 we’re at the crux of transformation in this industry.  I have the opportunity and in many respects, the responsibility to try something new.  Crowd funding would give us more control of the product and we’d be less at the behest of the investors.

After Paterson’s delivered this take on things with barely a pause for thought or for taking a breath, I think this may be the savviest 26 year-old I’ve ever spoken with.

I mention that the Sheffield Docfest is a fortnight away, and that Anthony Baxter from you’ve been trumped documentary fame will be premiering his second documentary in the UK. Baxter’s first film won all manner of accolades around the world.

JP:             Documentaries don’t tend to make much money but they have a certain respect in the business.

I am developing both a documentary and feature film inspired by the Koh Panyee Football Club (the club which played on a floating pitch its members created) with partner Tom Pellegrini (‘Jiro Dreams of Sushi’).

At this count I make it 2 features, a documentary. a new production company, and this year’s Football Aid he’ll be juggling at present.  Well, I’m impressed.

Jonny and I decide to leave it there for now; I’m surprised he’s found so much time to speak to me, all projects considered.  I hope I’ll be speaking with him again soon; it seems inevitable that we’ll be hearing more about him as well as from him very soon indeed.