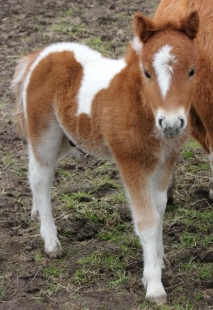 Willows Animal Sanctuary invites you, your friends and family to its next Open Day – 22 June.
Come join the staff, farm, domestic, exotic and wild animals living at Willows.  There will be loads to do and see, and animals to meet.

New arrivals at Willows include a family of Shetland ponies. Penny the Shetland mare, rescued from a very uncertain fate earlier in the year, has given birth to a beautiful colt foal. Bertie was born on the 30th April 2013 and is an absolute treasure. He currently lives with his mum Penny and his sister Daisy.

We were contacted recently by a very desperate lady who urgently needed help with two Shetland pony mares and a filly foal. The lady suffers from an auto immune disease and has become allergic to daylight which had made looking after her ponies very difficult.

She also expressed concern that the paddock they were in, which had looked good in summer, was now so wet that the ponies were sometimes up to their hocks in mud and she feared that two of the ponies were again in foal. Her only other option had been to put the ponies into a market which would risk a very uncertain future for them.

The ponies were quite a way from Willows on the border between Perth and Angus, but Animal Health were extremely helpful with facilitating the move to Willows. It was also some time since their feet had been trimmed and all in all Animal Health felt that the sooner they could be removed the better.

They all arrived safely and have been checked and blood tested by our vets. The filly foal has been named Daisy and the two mares are called Ruby and Penny.