The Union Terrace Gardens controversy is showing no signs of going away. The City Garden Project (CGP) has again appeared on the front pages of the Press and Journal. ‘Why now?’ is the question that has been asked. Mike Shepherd suspects it has something to do with the recent retirement of Sir Ian Wood. 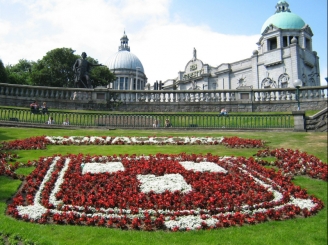 On being asked by the BBC what he was going to do next, Sir Ian said he would spend a lot of time over the next two or three years on his philanthropic activities. Unfortunately, he still sees the City Garden Project as one of these.

Surprisingly quiet on the topic at the moment are local SNP politicians, not normally a reticent bunch.

Perhaps they have a good reason to keep quiet as there is a scandal, already in the public domain, just waiting for the right moment to explode and grab attention on the national stage.

After Trump and the EU legal advice debacle, the last thing Alex Salmond needs at the moment is any further suggestion that his government is becoming less than scrupulous in its affairs.

What is this scandal? Rewind to the time when questions were being asked about how the City Garden Project was to be paid for.

Sir Ian Wood and an anonymous businessman were offering £55m to part-fund a range of city centre projects that would have cost £182m in total. There was a proposal to find £92m of this sum through public borrowing as part of a Tax Incremental Financing (TIF) scheme.

TIF is a mechanism by which a municipal authority borrows money to invest in an infrastructure project and is allowed to retain the business rates from any new businesses starting up as a result of the investment. These sums would then be used to help pay back the initial borrowings. TIF is popular in the US but has never been tried in the UK.

The Scottish Government was keen to give it a go and authorised an initial pilot scheme of six projects to see if TIF would work in Scotland. The responsibility was given to the Scottish Futures Trust, a semi-public body which describes itself on its website as:

“An independent company, established by the Scottish Government in 2008, with a responsibility for delivering value for money across all public sector infrastructure investment. SFT operates at arm’s length from the Government but works closely with the public sector to seek and deliver improved value for taxpayers.”

The Government asked the SFT to develop a means for assessing any applications for TIF funding, stating:

“SFT will need to be convinced, on behalf of Ministers, that the economic case for a particular TIF is clear.”
http://www.scotland.gov.uk/Topics/Government/Finance/18232/TIF 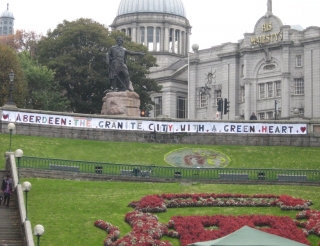 The SFT Chief Executive announced any submitted proposals would be scored and assessed by two SFT representatives and two from the government. The results would be collated and a score agreed by the four reviewers. The proposals with the highest scores would be recommended for progression to a full TIF business case (letter published on the SFT website, 23 June 2011).

Fifteen Scottish councils, including Aberdeen, submitted sixteen infrastructure proposals to the SFT to apply to be one of six TIF pilot schemes.

A business magazine later leaked details on the top six projects to be recommended for the pilot. Aberdeen was not on the list, yet then Scottish Government Infrastructure Secretary Alex Neil went ahead and invited Aberdeen City Council to further develop its TIF submission anyway. When I queried this with him at the time, he confirmed that Aberdeen was indeed one of the six projects. This looked suspicious.

Sunday Herald Deputy Business Editor Steven Vass began to take an interest in the story and submitted a Freedom of Information request for the SFT’s ranking of the sixteen TIF proposals. The SFT were most reluctant to release these, refusing to provide the listing until they were effectively ordered to do so by the Information Commissioner.

On 12 October this year, The Herald reported the findings. Aberdeen had been ranked only tenth out of the sixteen.

The submission by Renfrewshire Council to develop Glasgow Airport and the surrounding enterprise zone as a major hub for renewable manufacturing had been rejected, despite being ranked fourth. Aberdeen’s application looks to have replaced it.
http://www.heraldscotland.com/news/home-news/snps-business-ties-face-scrutiny.19138461

Renfrewshire Council appealed when the ranking list was revealed, only to be told last week by Deputy First Minister Nicola Sturgeon that the Government would not change its mind on the issue.
http://www.eveningtimes.co.uk/news/fury-as-snp-rejects-airport-enterprise-106198n.19299603

Details of the ranking have been made public by the government. Aberdeen scored a lowly 4/10 in three categories: private investment, economic impact and regeneration impact. In other words, the application was economically dubious.
http://www.scotland.gov.uk/Topics/Government/Finance/18232/FOI/TIFScoring 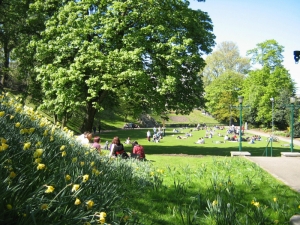 Despite this damning indictment of the Aberdeen business case, the government has insisted Aberdeen will not receive any TIF funding unless any application includes the City Garden Project.

Scottish politicians were under no illusions about what had happened. Steven Vass reported Alex Salmond was facing questions about his relationship with ‘leading businessmen’ after ‘his Government overruled officials’ advice to enable Sir Ian Wood’s controversial Aberdeen City Garden Project to go ahead.’

“On the basis of what we have seen with Mr. Trump this week, you have to wonder what Mr Salmond thought he was going to get.”

Scottish Liberal Democrat Leader Willie Rennie was also reported to have said that the decision was unacceptable and could have left Aberdeen tax payers exposed to considerable risk.

The SNP appears to have a hidden agenda for the CGP, but its existence is becoming more and more obvious.

The nobbling of SFT rankings was carried out in spite of a government specification for assessment ‘that the economic case for a particular TIF is clear’. Despite its sub-par score for economic and regeneration impact, the Aberdeen project was moved from tenth to fourth by ministers, ostensibly on a geographical basis but as we have seen, not on an economic basis.

Yet, one other Scottish government body had recognised problems with the Aberdeen TIF application. AuditScotland reported last February that it had concerns,

‘If approved, a key risk will be the affordability of the project and its impact on the council’s finances should TIF funding fail to provide the necessary additional non-domestic rate income for the city.’
http://local.stv.tv/aberdeen/news/local-democracy/29500-long-term-risk-warning-for-city-garden-project/

I believe the SNP is courting Sir Ian Wood for political reasons and that the CGP has been central to this aim. Sir Ian talked about the 2014 Scottish independence referendum in a recent BBC interview.

While endorsing neither the Yes or No camps, he nevertheless has a huge concern that part of the discussion revolves around the question, ‘Do we like England?’

Sir Ian emphasises: ‘I am a British citizen,’ and hopes the referendum debate will focus on the right reasons for making the decision. He is concerned about the impact of the referendum on short term investment in the North Sea, as topics under open discussion could include oil tax regime, decommissioning agreements and the division of reserves between Scotland and the rest of the UK.

On being asked where he stands on the referendum, his answer is:

“If I think I could make a useful contribution to the debate, I will at the right time, but not yet.”
http://www.bbc.co.uk/news/uk-scotland-scotland-business-20140345

I suspect Alex Salmond will be hoping Sir Ian will most certainly not make a contribution to the debate. He could potentially act as a spokesman for the oil industry in opposition to Scottish independence. Being an Aberdonian and a Scot could be deemed to lend credibility to any position he may take.

It won’t be easy to keep the billionaire happy, and smoothing the way for the CGP now looks an unlikely proposition. The Aberdeen City Council administration is totally opposed to his project, the business case has been shown to be somewhat dubious and if the Aberdeen TIF is ever resurrected as a possibility, several Scottish councils will be on the warpath, with good cause.

It’s a mess for Alex Salmond and the SNP, and one for which they only have themselves to blame. Aberdeen’s heritage should never have been a sacrificial pawn in their aspiration for Scottish independence.

15 Responses to “Was UTG A Sacrifice To Encourage Independence?”