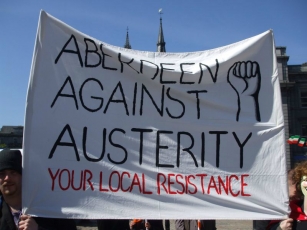 With thanks to Aberdeen Against Austerity.

Aberdeen Against Austerity’s ‘Summer Series’ of talks and film showings continues this Friday with a presentation by Hannah Knight entitled ‘Animal Rights and the Philosophy that Underpins it’. This will be number 2 in a series of 5 talks organised this Summer to explore radical and alternative ideas, lifestyles and histories.

All talks will be free (donations accepted) and will take place in The Blue Lamp (upstairs) at 7.30pm.

The Program is as follows –

‘The Philosophy of Animal Rights’ followed by ‘The Animals Film’

‘Energy: The Impact of Big Biomass’ and film TBC

‘Aberdeen Against Apartheid: From Johannesburg to Jerusalem’