‘Voice’ reader Jim Talbot responds to an article published in last week’s issue and offers an alternative view on the value of Donald Trump’s investment in the North East. 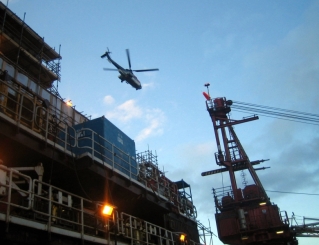 There is much to admire in Stephen Bremner’s article, most notably, his clear loyalty and commitment to his native land and his dislike of Mr Trump’s alleged bullying tactics.

Unfortunately, I cannot claim a birth origin in the North East, although my wife originates from these parts, nevertheless, I do feel a sincere loyalty to the area and a great love of the area itself, its history, culture and people.

I take issue with Mr Bremner’s assertion that only a small minority oppose The Donald’s great plan for the Great Dunes of Scotland. ( see Aberdeen voice article published 14th Jan. ) Certainly, if you believe all that you read in the local commercial press, then you might be led to that conclusion. The local newspaper reporting on this issue has been abysmally biased and at times quite inflammatory, particularly in the way in which certain elected representatives have been the target of tabloid character assassination.

I have a wide circle of friends here in Aberdeenshire, from all walks of life, and it is my experience that the vast majority are either disinterested or cannot see the relevance of the affair to much more fundamental issues, or do indeed oppose the development, even if they do not choose to give voice to their opposition. I have to say that such opposition has, within my earshot, even been expressed by ardent members of the golfing fraternity.

“Fit dae we need anither golf course fer, ye cannae fill the eins we hae” was one comment made, borne out by the fairly frequent and fervent recruitment campaigns and special offers run by many local golf courses, not to mention those golf courses which are under threat of closure or the golf developments which have been shelved…..but then perhaps The Donald’s real agenda was never just golf?

What about spin off investment from The Donald’s scheme? Jobs in construction, outfitting, sales, catering and other service activities, not to mention the supply of materials during and after?

Friends in America have highlighted the trend for such egotistically grandiose developments to create very few jobs within a specific area, and for materials as well as labour to be sourced at the cheapest rate going from whatever source available –  not to mention that even Mr Trump has had to scale back his operations during the current recession, with projects axed!. There will probably be no loyalty to local people and the local economy to be found in such a development. The rhetoric spouted by those members of the local business community concerning the amount of trade such a development will bring to the area is largely pie in the sky, mere wishful thinking. There are no such guarantees given by such hard nosed businessmen as The Donald.

In many ways, Donald Trump, and men like him, are to be admired for their drive and obvious enthusiasm, however, all too often the people who are forgotten are the ‘little people’ – the Michael Forbes and David Milnes of this world.  In other words, you and I. Absolutely crucial human rights are being ignored and appallingly dangerous legal precedents are being set in this affair – and all because local business leaders are scared to death that the major local industry, the oil industry, is about to fold.

Climate warming scaremongering (and part of my research background was in aspects of climate change) together with an anti-global anti-oil lobby are driving the western world towards the brink of an energy supply disaster which will bring down governments and lay waste to otherwise prosperous countries. Contrary to what some would have you believe, the oil industry in the North East of Scotland is flourishing. As the traditional oil companies shrink, change direction or consolidate after major pollution incidents (due to sheer incompetence?), other “new boys” are taking their place.

The oil industry… can act as a springboard for the development of other industries.

These new oil companies are often locally based and more firmly rooted in the area. They have drive and enthusiasm for what they do – and there is plenty of oil out there with new fields being discovered on a regular basis.

Oil is an essential part of our economy and, despite the pessimistic predictions of some, could potentially be with us for the foreseeable future. Even if oil based energy and industry were to collapse, there would be generations of jobs involved in decommissioning, unless we were to leave unused plant to fester and pollute. No, the truth is that the oil industry here in the North East of Scotland, as highlighted in the Council’s own Structure Plan, is alive and well and has a potentially healthy future. Most importantly, it can act as a springboard for the development of other industries such as biotechnology, alternative energy, pharmaceuticals, scientific research, and many more.

As for tourism, well as long as it is overseen by quangos such as Visit Scotland (formerly the Scottish Tourist Board), what hope? So many friends in the tourist industry locally, at best express disappointment with the support they receive from such sources, and at worst state that it is a total waste of money.

Perhaps The Donald’s great scheme  – and a few others from other notable individuals – should be seen for what it is. Castles in the air!