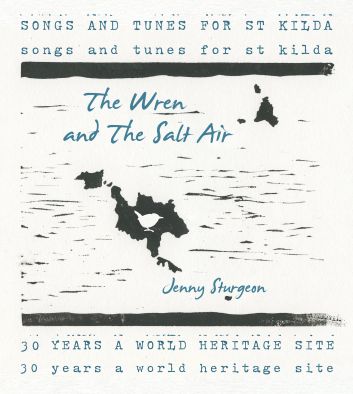 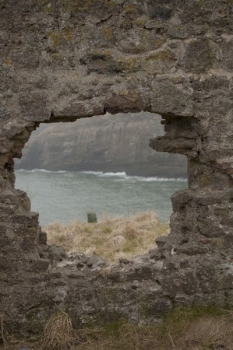 The situation as regards New Lanark is far from being resolved although Historic Scotland have now, somewhat belatedly according to conservationists, drawn up a management plan designed to protect New Lanark.
Historic Scotland was labelled “an embarrassment to the nation” by heritage groups after it failed to lodge an objection to a quarry planned in countryside close to New Lanark.

St Kilda has thankfully fared much better. The group of islands was occupied up until 1930 by a population largely dependant on subsistence farming plus seabirds and seabird eggs as a source of food and raw materials such as lamp oil and feather down.

The largest island in the St Kilda archipelago, Hirta, was occupied until 1930 when the last islanders left after they asked to be evacuated because their way of life was no longer sustainable.

The population was down to a mere 36 from a reported high of 110 in 1851 and the remaining St Kildans were dependant largely on the charity of mainlanders and tourists to subsist in a harsh island environment 50 miles from the mainland and which for much of the year was cut of from the rest of the world by storms and bad weather.

After the evacuation the islands were sold to the Marquis of Bute who was an eminent ornithologist. He was keen to preserve St Kilda as a bird sanctuary due to the 28 species of birds which breed their on a regular basis and the million or so birds which frequent the islands in summer. As well as Gannets, Manx Shearwaters and Leach’s Petrels, the islands are home to almost one quarter of the UK’s population of those “clowns of the sea” the Puffins.

On his death in 1957, the islands were left by the Marquis to the National Trust for Scotland who have restored many of original island houses and worked to preserve the islands so that future generations may better understand the hard lives and realities which the islanders faced.

Today, three organisations, The National Trust for Scotland, Scottish Natural Heritage and the MoD, work in partnership to further a continuing programme of conservation and research on the islands to ensure the care and protection of this important UNESCO World Heritage Site.

Scotland of course has a great many deserted villages. The countryside and coastline is littered with abandoned settlements and clusters of deserted crofts dating in many cases from the Highland Clearances during the 18th and 19th century when whole townships were deprived of their land and people were replaced by more profitable sheep. 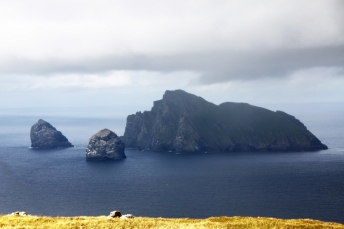 The Aberdeen area has at least one such deserted village although it appears to have been abandoned due to the decline in the fish stocks during the early part of the 20th century rather than due to the greed of landowners favouring sheep over people.

This is not of course the hamlet of Lost (population 24) near Bellabeg, which seemingly suffers from the regular theft of street signs bearing its name, but the village of Crawton a few miles South of Stonehaven, which was abandoned by its inhabitants in 1927.

In its heyday, it is said that up to 30 Crawton men fished the North Sea from the settlement with around 12 boats and the village even had its own fish merchant and school. However following reported over fishing and half a century of decline Crawton, was finally deserted by its last inhabitant in 1927 and now all that survives of the original village are the ruins of around 20 houses and a school on the cliff top above the shingle beach.

The cliff top location is quite stunning and the views are well worth the effort of the short walk in to admire them. There are sea caves and waterfalls and the cliffs faces are literally studded with thousands of nesting sea birds.

In common with the inhabitants of St Kilda, the folk of Crawton seemingly harvested the local bird population for food to supplement the farming and fishing.

Nowadays of course, there are strict laws against abseiling down a cliff face on a rope with a basket strung around your shoulders in order to steal wild bird’s eggs, or indeed to take sea birds for the pot; and the cliffs around the village now form the protected nature reserve of Fowlsheugh, which is a Site of Special Scientific Interest (SSSI). 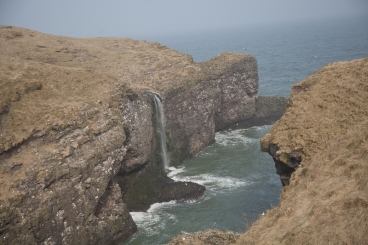 Puffins, Fulmars, Guillemots, Kittiwakes and Razorbill are amongst the 170 thousand plus birds which inhabit the cliffs and skerries around Crawton during the breeding season between April and July with seals and dolphins often visible out to sea.

If you don’t feel like facing  the gruelling seven hour or so Atlantic boat trip to St Kilda then Crawton and Fowlsheugh come a close second with the added benefit of being right on our doorstep!

The Fowlsheugh reserve is owned and managed by the Royal Society for the Protection of Birds (RSPB) and their website contains more information plus a map and guide to getting to the reserve.