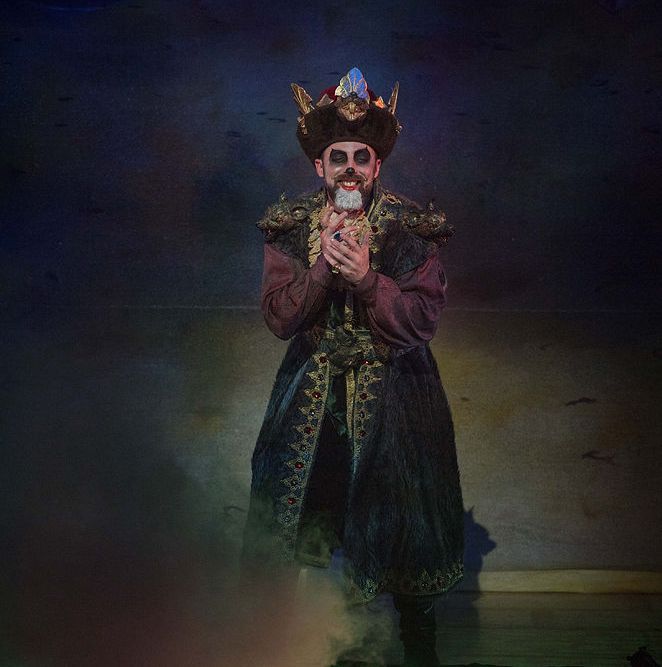 Pantomime by its very nature is a lively medium. The plot typically presents as a well known folk tale and a typical production will involve the use of loud special effects and fast-paced slapstick comedy.
Gender-crossing actors encourage audience participation and theatregoers are expected to sing along and shout out traditional responses such as “Its behind you!” and “Oh yes it is!” Thunderclaps and strobes are de rigueur and folk in the front stalls often risk a good soaking.

Aberdeen HMT’s offering this Christmas was no exception.

Written by Alan McHugh and starring Elaine C. Smith and Jordan Young, Dick McWhittington was billed as a Scottish pantomime adventure without equal, and few who saw the production during the five-week run could have been disappointed.

As thunderclaps rocked the theatre and lightning flashed, the comedy routines ran amok with below the belt humour. Songs, gags and a hilariously contrived slapstick sea shanty involving an electric eel enhanced the experience, while a villainous King Rat strutted his stuff.

Dubbed a Calm performance, it retained most of the original dialogue and followed the original Alan McHugh plot. If it hadn’t been for the fact that I had attended a regular evening performance of this tale of Doric domination a week or so before, I might not have noticed any difference. The songs and gags were in place. The gender-crossing actors were all there and King Rat was just as villainous as he had been the first time round.

Relaxed performances are specifically designed to encourage people with an autistic spectrum condition, learning disability or sensory and communication disorders into theatres; and to offer those who otherwise may feel excluded the opportunity to experience live theatre in a safe environment. They provide a less formal, more supportive atmosphere in order to reduce anxiety levels.

“The sound during the performance is built up gradually so as to gently accustom the audience to the sound levels. There are no strobe effects and no loud thunderclaps.”

The differences however do not end there. Being a matinee, the more risqué double-entendres were absent anyway; but in addition the folk in the front stalls were spared a soaking, and for much of the performance an appreciative audience both sang along and, mainly, quietly commented on the action.

In short, the calm performance set the scene for an immersive audience experience. 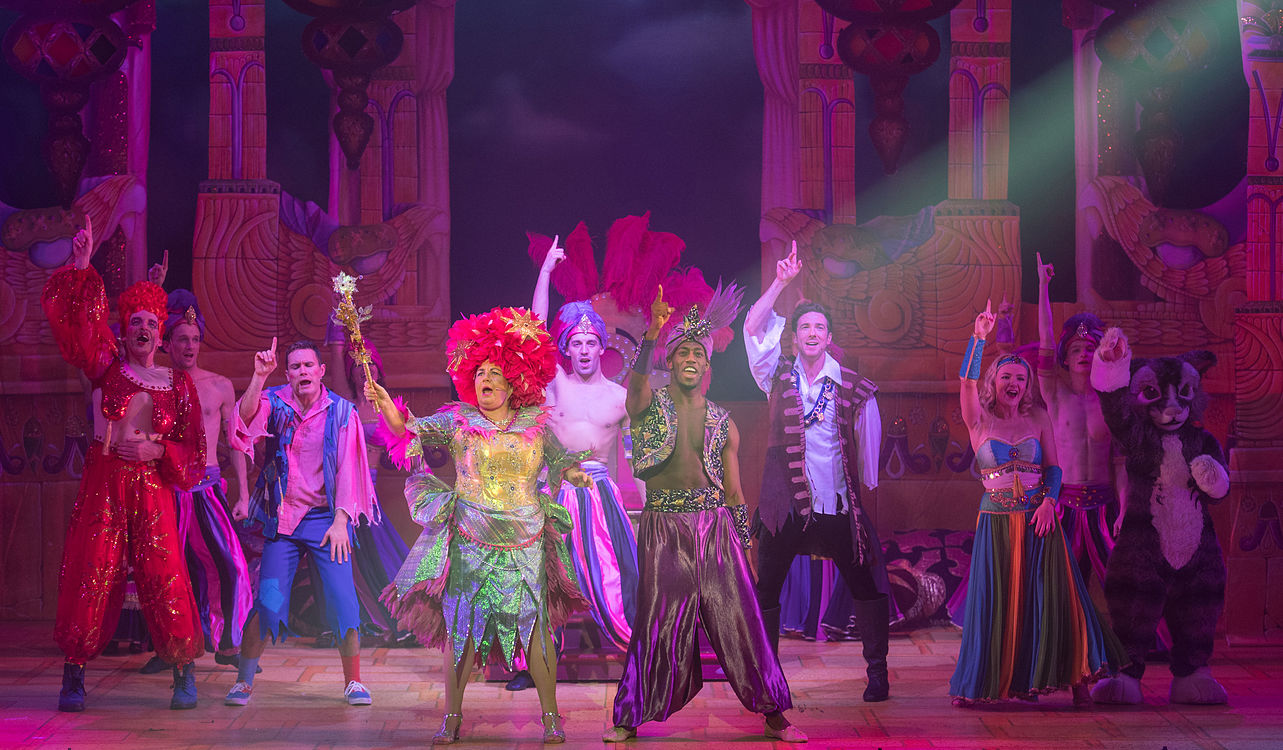 The concept of an autism-friendly theatre environment is not entirely new, and Aberdeen Performing Arts is no stranger to the concept. Performances catering specifically for the requirements of theatre goers with disabilities, additional support needs and on the autistic spectrum are thankfully on the increase.

“It’s fantastic that by making small but important adjustments we can break down barriers, open up the experience of live theatre and make it as welcoming as possible. We already offer audio-described, captioned and signed performances and this is part of our wider commitment to broadening access to our work and our venues.”

With perhaps 700,000 members of the UK population on the autistic spectrum, the calm performance initiative represents a positive cultural shift in attitude towards inclusion of an audience group sometimes marginalised by the performing arts.

A visual storyboard relating to the calm performance of Dick McWhittington can be viewed on the APA website.