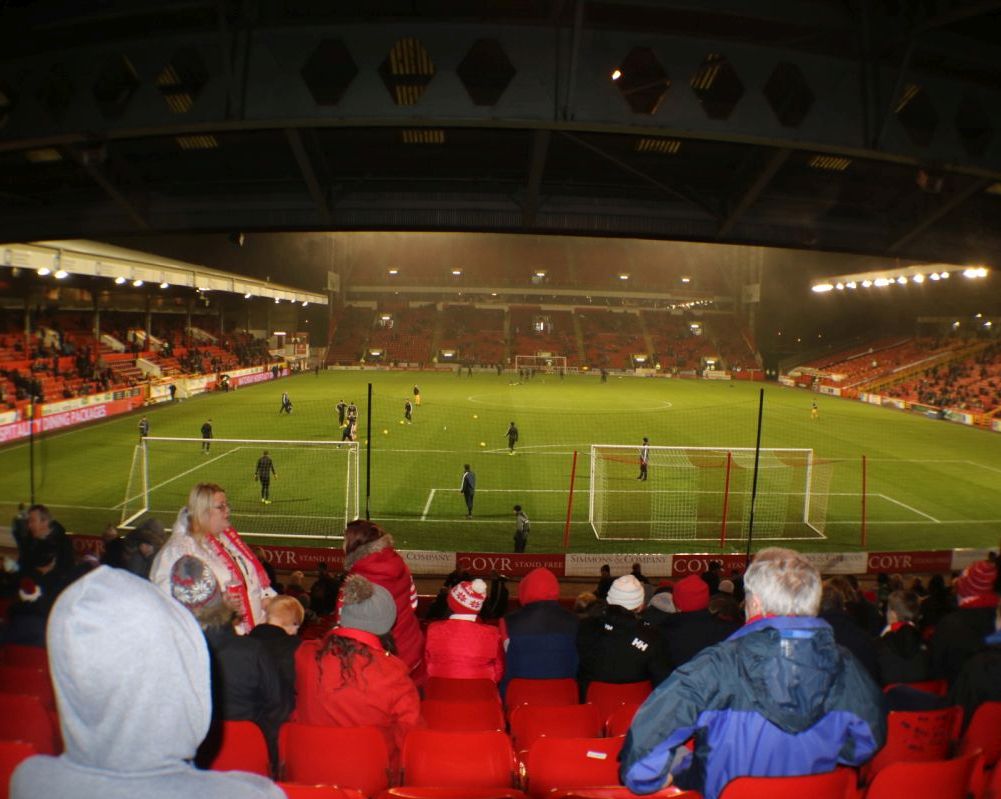 Never mind the pitch taking a hammering, the pockets of the supporters will be too, with this bring the third home tie in the space of 8 days. Continuing the busy December schedule, The Dons faced Motherwell in tonight’s rearranged league match, hoping to close the gap on the pretenders to second spot, The Rangers.

A small crowd, smaller than last week, braved the grey and dreich conditions, wondering which Aberdeen team would turn up tonight. Hoping against hope it would be the same one that beat Kilmarnock a week ago.

As is his wont, Derek McInnes made a couple of changes to the starting line up from the team that started in Saturday, with Adam Rooney and Niall McGinn losing their places to Shay Logan and Jayden Stockley.

The game kicked off, and four minutes into the match, Andrew Considine was yellow carded for bringing down Scott McDonald.

Within a couple of minutes, a generator tripped, and some of the floodlights failed. After hanging around for a spell, the referee, Alan Muir, took both team off the field.

After around 14 minutes, play resumed when the problem with the electrics was resolved.

The game started again, and almost immediately a second yellow card was forthcoming. This time the Motherwell number 6, Stephen McManus found his name being entered in the referee’s book, when he brought town Peter Pawlett.

Lady Luck was not on anyone’s side tonight, when there floodlights failed again. This time the decision was made to abandon the game.

With a busy schedule in the lead up to the New Year, and then the winter break starting, and The Scottish Cup ties taking place in January, the rescheduling of the game may well be difficult to fit in.