On 7 January 12 members of French satirical publication Charlie Hebdo were gunned down in their offices.   This was a premediated, cold-blooded assassination by radicalised people claiming somehow to have ‘avenged the Prophet Mohammed’.  Following the massacre of the journalists – and others in France unlucky enough to have crossed the path of the murders, worldwide, pan-religion condemnations were issued and rallies held.  Aberdeen, with its considerable French population, joined in with its own rally, organised by Frog in Aberdeen and especially Julie Tchao.  Suzanne Kelly talks to those who attended. 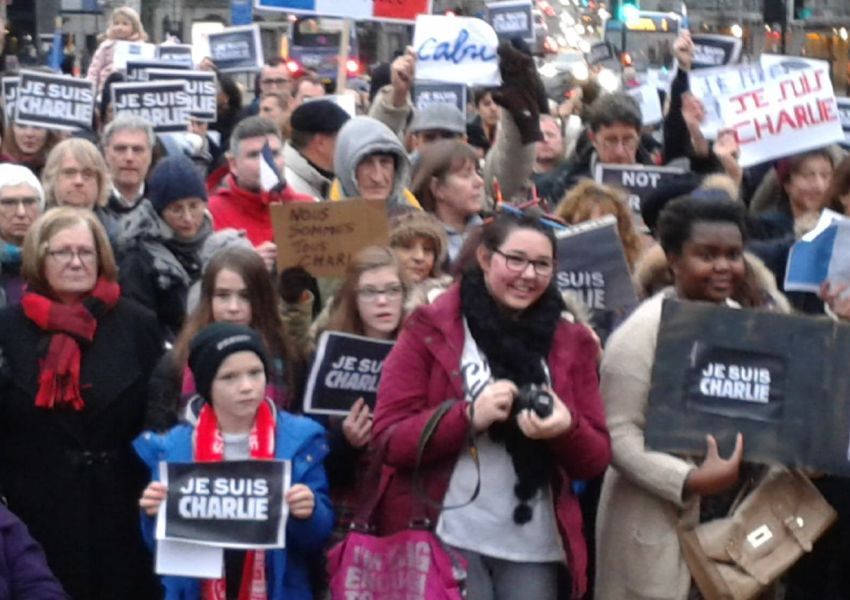 There were many families present, many with French origins. Picture credit: Suzanne Kelly.

Aberdeen’s Castlegate filled up last Sunday with people of all ages and nationalities to stand together in solidarity for those who lost their lives in Paris, their families and friends. Several hundred people rallied, carrying the flag of France, posters, and signs proclaiming ‘I am Charlie/Je Suis Charlie’ – the ‘I am Spartacus’ slogan adopted for those who express solidarity with the magazine and its use of satire and humour to mock the powerful, corrupt and dangerous.

A small shrine was set up with a candle; a book of condolences was readily filled with comments – it is being sent to Paris.

People also wore pencils on their coats as a symbol of the power of the written word and of satire – a representation that ultimately the pen is mightier than the sword or gun.

“I think it is really excellent the turnout we had today, not only from the French community which is good, but also from Scottish and British people who are like us  shocked and horrified by what happened.  It is really great that on this occasion everyone could gather around a good cause and a peaceful event and share our sorrows but also share the fact we say no to terrorism and yes to freedom of speech.

“I am really touched by the turnout from a small city like Aberdeen.”

Also attending the event was Domenic Bruce; he commented:-

“I think what has happened is very inhumane and a huge distortion of what Islam is as a religion.  I think all we can do is hope that love and light can diffuse the situation and people come together to help the victims’ families – and well the whole world really.”

There were many families present, many with French origins.  Natalie and here family were one such group.  She commented:-

“We decided to come as a family to show our solidarity with what happened in Paris – the atrocities – and to demonstrate that we want to keep our freedoms.”

“It’s too easy for the silent majority to stay silent and that’s why we wanted to be here – remembering what happened – not shouting about it – but quietly supporting the people of France, and supporting freedom.”

The historic Castlegate has seen many events over its many hundreds of years as a gathering place, but no one could have imagined it would be used for such an international, interfaith display of unity as it did that Sunday; the dignity on display and the kindness people showed to each other brings hope. 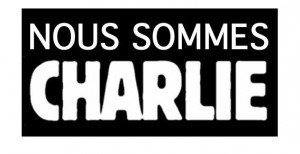