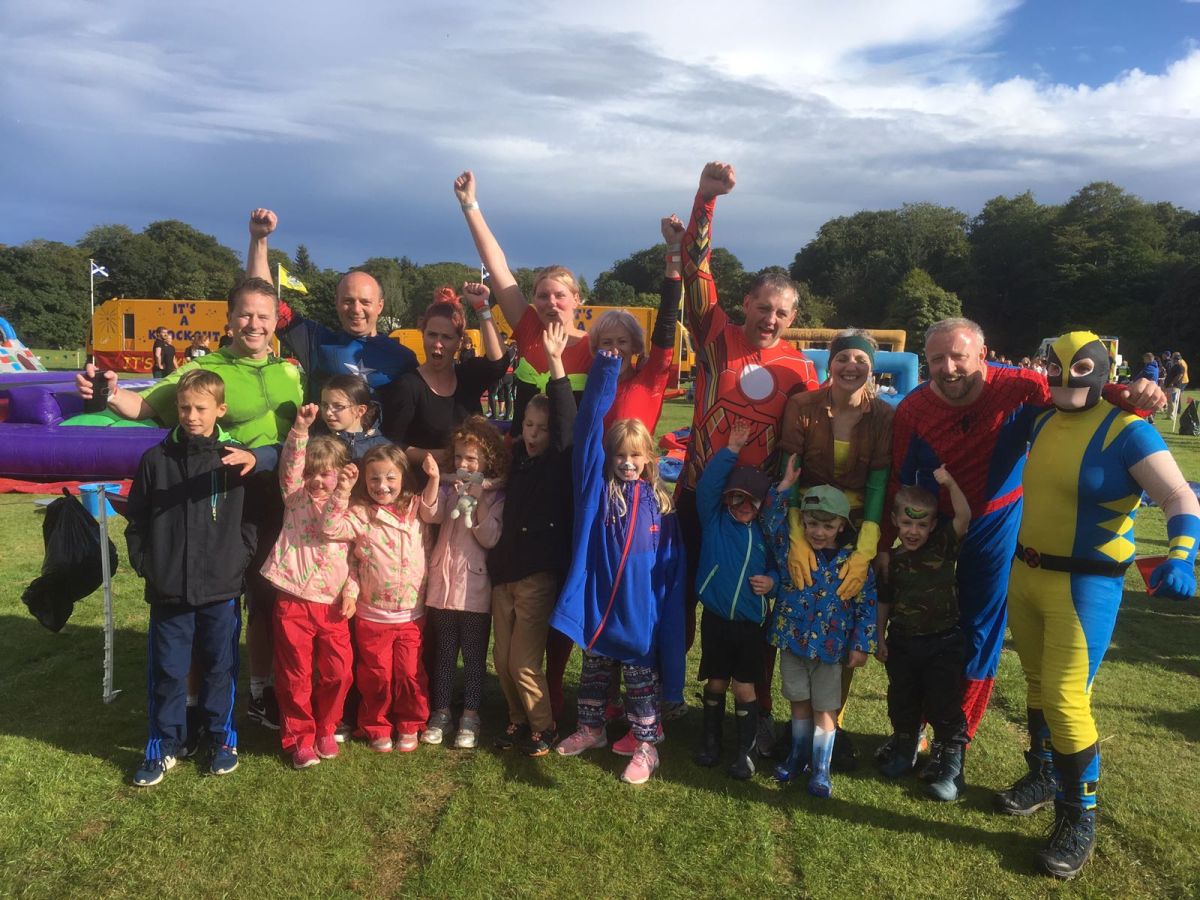 A team of Methlick superheroes tested their metal on an inflatable obstacle course and raised a four-figure sum for a north-east cancer charity.

The ‘Methlick Marvels’ raised more than £1,000 for Friends of ANCHOR by taking part in the charity’s ANCHOR Wipeout event which was held in Aberdeen’s Hazlehead Park in August.

ANCHOR Wipeout, which is in its fifth year, is a key fundraising event to support the ANCHOR Unit and ensure north-east Scotland’s cancer and haematology patients receive the best possible care, treatment and support.

The team, which comprised Scott Mitchell, Michael and Claire Fotheringham, Graeme and Emma Tallis, Hugh Robertson, Alex Hall, Karen Campbell and Mick McGrath, all dressed in superhero costumes to complete the course and scored the winning points total on the Saturday competition against 27 other teams.

Each of the twelve games involved teams tackling obstacles and inflatables in a bid to score as many points as possible.

Mr Michael Fotheringham, who is a partner at James Milne Chartered Accountants, helped the team achieve their success and said they were inspired to raise money for the charity in recognition of what it has done to help a good friend.

“One of our friends, Yvonne Mitchell, is undergoing treatment for cancer and during her time in hospital she received a huge amount of support from Friends of ANCHOR. We decided to enter a team for ANCHOR Wipeout and were determined to raise as much as possible for this fantastic charity.

“Tackling the course was great fun and we must have made for a colourful sight in our superhero outfits. We scored the most points on the day which was a great feeling to end the day. The team would like to thank everyone who sponsored us to take part in the ANCHOR Wipeout, every penny counts to help people across the north-east.”