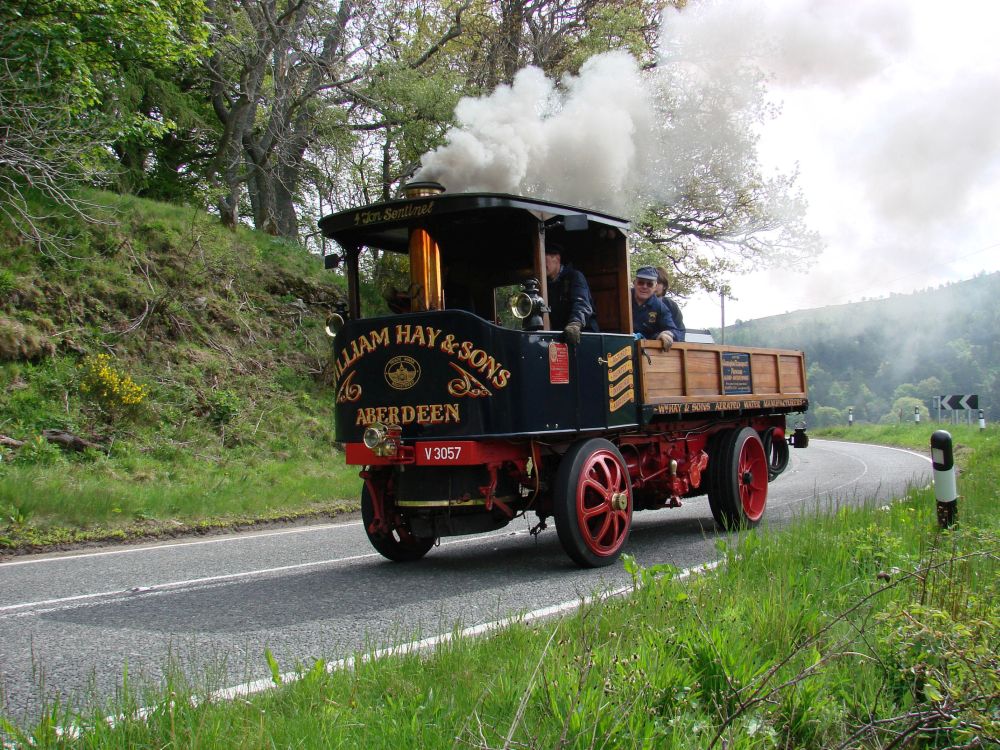 The oldest surviving complete and original Sentinel Steam Waggon will once again take to the roads this Sunday to commemorate the outbreak of the First World War.

Built at Polmadie in Glasgow in 1914, the Sentinel will be in attendance at a number of events around Alford, as the community reflects on the outbreak of the war.

A special service will be held at Howe Trinity Church in Alford at 9.30am after which the waggon will make its way to commemorative events, starting at the Alford War memorial at 10.50am, before moving on to Tullynessle & Forbes War memorial at 11.30am and Keig War memorial at 12noon.

A team of volunteers at the popular Alford visitor attraction have been putting the finishing touches to the waggon, to ensure it is ready to take part in such an important engagement. The Sentinel was brand new and a state of the art road haulage vehicle when the First World War broke out. It was actually working through the entire period and forms a great living link with the past.

Interestingly, the wartime austerity measures meant that trips and excursions for children were discontinued. However, the museum’s Sentinel in the hands of Sandy Runcie of Inverurie, a local carrier, began to offer trips to school groups to local picnic spots, like Bennachie, in order to boost morale and lighten the mood.

Speaking of the Sentinel as it approaches its 100th birthday, curator Mike Ward explains:

“The Grampian Transport Museum has numerous photos of the occasions, and in the centenary year intend to recreate some of the outings. The traditions continue as the Sentinel frequently offers rides both at the museum and at local events – it is an extremely sociable Sentinel!

“In fact, we will be marking the Sentinels actual birthday on the 13th August by providing rides around our circuit at our Family Fun Day event”

The summer fun continues in Alford when an interesting array of American cars will take to the circuit at the Grampian Transport Museum on Thursday 7th August for the next ‘rides’ event – American Car Rides.

The day will be a celebration of American motoring with vehicles already confirmed including a 1995 Pontiac Trans AM, a pair of American engined AC Cobras, a 1993 Dodge Ram Charger truck plus a stunning replica of the iconic A-Team van, kindly provided by Celebrity Car Hire of Aberdeen.

This unique event is an ‘added value’ extra and is available to museum visitors as part of the standard admission, which is £9.50 for adults, £7.50 for concessions and two children are admitted FREE with every adult ticket.

Following the American Car Rides event is the annual Lotus Day, which takes place on Sunday 10th August. This gives museum visitors the chance to climb aboard a number of Lotus examples as they take to the museum’s circuit.