Having seen a book entitled Fascist Scotland (Birlinn Books, 256 pages) at the library I thought I’d check it out as the name of the author, Gavin P Bowd, seemed oddly familiar. This proved to be correct as he wrote an article in Scotland on Sunday earlier this year linking Scottish Nationalism with Nazism for which he allegedly received ‘death threats’. Having read this awful book I can imagine the alleged ‘death threats’ can only have come from serious historians who have seen their profession dragged into the gutter and their status reduced to that of a third-rate fairground barker, writes Dave Watt. 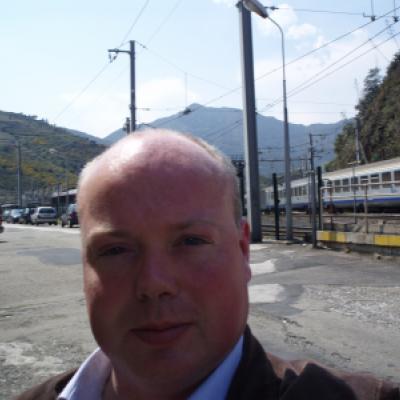 Basically, the book implies that there has been a major connection between Scotland and Fascism since the 1920s.

It is shotgun mudslinging of the lowest order, even implying that Rudolf Hess arrived in Scotland because he knew the place was full of Nazi sympathisers and that the wartime government was afterwards involved in some sort of major cover-up.

He uses a ludicrous quote from an Evelyn Waugh’s Officers and Gentlemen, in which a lunatic alleged Scottish nationalist Miss Carmichael, an avid admirer of Hitler, proclaims that, ‘When the Germans land in Scotland, the glens will be full of marching men come to greet them, and the professors themselves at the universities will seize the towns’, as his basis for showing that Scotland was just waiting for the word to go Nazi during the war.

Presumably the 50000 Scottish servicemen and women who died in the Second World War were all rushing to join the Wehrmacht when they absent-mindedly forgot that they had rifles in their hands and the Germans were obliged to kill them.

Bowd also claims that although 549 people in Scotland volunteered to fight for the Republicans in the Spanish Civil War, and only one (yes, that’s right, one) went to fight for the Fascists, there were many Franco sympathisers in Scotland and, at one point, refers to us as ‘Mosley’s Lost Legion’.

Based on this kind of statistical interpretation I could state that there are many sympathisers in Scotland for the notion that the Earth is flat.

One of the more surreal pieces in the book alleges that the Protestant League in Scotland initially supported the Spanish Republic since they were kicking out priests from Spanish schools, but goes on to state that they all changed their minds as the Civil War went on and supported the Fascists as a consequence of becoming suddenly impressed with Hitler.

No evidence is supplied for this abrupt alleged Scottish Protestant devotion to Hitler, there are no voting statistics, no pictures of Orange banners with Adolf crossing the Rhine on a white dobbin on the 12th of July, no radio broadcasts from Ibrox with the crowd singing ‘Hello, Hello, We Are The Falangist Boys’ and stating that they were ‘up to their knees in Anarcho-Syndicalist blood’.

Paralleling the surreal observation about Scottish support for Franco, he seems to imply that since the National Front got 0.08% of the vote in 2011, there is a huge secret groundswell towards Fascism in Scotland. The obvious corollary to this is that if the evil Jocks gets independence it will be concentration camps all over the shop and you won’t be able to get a quiet latte in Costa for people standing on chairs singing Tomorrow Belongs To Me.

This book is appalling. I don’t know if the smug-looking cock (see pic) did any serious research apart from cherry-picking anything, no matter how tenuous, to make his spurious point but he seems to be unable to relate his findings to his own statistics.