Ahead of the demonstration against involvement in Syria taking place this Saturday at 12 noon to 1pm outside Marks and Spencers being organised by Don’t Attack Syria Coalition (Aberdeen), chair of Aberdeen and District CND, Jonathan Russell writes about the background to the Syrian conflict, as well the current situation and warns of the dangers of armed intervention. 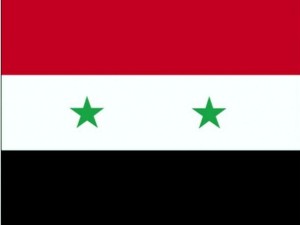 According to the UN, the two-year old conflict in Syria has led to 100000 deaths with a further 1.7m Syrians forced to seek shelter in neighbouring countries. Aberdeen and District CND firmly believes that any military intervention by Western powers is certain to exacerbate the situation and bring even worse consequences for the Syrian people and their neighbours.

That US, UK and French governments are now preparing to attack the Syrian regime without having tabled any compelling proof that the chemical attacks were carried out by the Assad government is of overwhelming concern to us.

Furthermore, without the agreement of the UN Security Council, any attack would be in breach of International Law.

The Syrian conflict is primarily between Sunni, many of whom support the Free Syrian Army (FSA), and Shia Muslims together with the Alawites and Christians who primarily support the Assad government. The FSA consists of different entities with the largest fighting group aligned with Al Qaeda.

The principal supporters of the Syrian government are Iran and Hezbollah in Lebanon, whereas the FSA is backed by Saudi Arabia, Qatar and Turkey. There is every possibility that western missile attacks on Assad will widen the conflict and, as with Iraq and Afghanistan, lead to long-standing civil strife of a horrendous nature, possibly even worse than we have witnessed before.

Who was responsible for the reported chemical attacks is not clear. On one hand, Israel, the UK and the US claim to have information to demonstrate that the Assad regime is responsible, whilst Russia and Iran believe that responsibility lies with the FSA.

More telling perhaps, is that the UN Commission of Inquiry on Syria and the UN Human Rights Commissioner, Nava Pillay, have laid the responsibility at the FSA’s door. Moreover, since the US had stated that the use of chemical weapons would be the red line on intervention, the Assad government would have nothing to gain from such an attack.

Whoever was responsible has to be held to account, but the facts need to be made public. Unlawful military action will only internationalise the conflict further.

Aberdeen CND calls upon the UK government to allow a UN inspection of the chemical attacks so that the evidence can be properly evaluated. Aberdeen CND regrets the decision by the US to withdraw from negotiations and calls for diplomatic resources to be made available to facilitate negotiations between the warring parties.

The view of Aberdeen CND is that any intervention should be in the form of humanitarian aid for people displaced, made homeless or hospitalised by the conflict. Once these initial steps are taken, conditions may then favour the deployment of a UN peace-keeping mission. Aberdeen CND also supports cessation of arms sales to the countries of the Middle Eastern region.