The Aberdeen Voice has received a letter from a Mr I. Aymin, a retired ostrich baron from the small town of Aberdeen in the Cambedoo Mountains in South Africa. As it is our stated policy to represent the people of Aberdeen regardless of race, creed, colour, religion or apparently, geography, we have decided (albeit with some misgivings) to publish his message as requested. 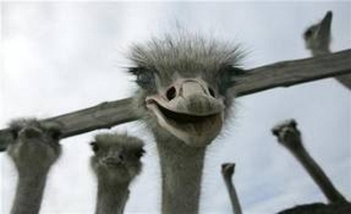 Hello, My fellow Aberdeensians!
Since retiring from the large poultry business following a severe head-kicking from a rogue bird, I have been taking a keen interest in the many ‘Aberdeens’ around the world (32 at last count).
As a form of remedial neurological therapy, I can heartily recommend it.

Thanks to our wonderful new internet service (admittedly intermittent), coupled with it’s (let us be truthful) unreliable translation software, I have become aware of your city’s gallant attempt to be named ‘City of Couture 2017’ and feel I should show my whole-hearted support for our sister city.

I have to admire this brave move on the part of your tribal elders since, having looked at street scenes of your Aberdeen, the majority of citizens seem to be dressed by Primark or JLM Sports. This, however, only serves to reinforce the respect I have for the people of Scotland.

Before my family moved here from Uganda my great-uncle President Idi often spoke of the time he spent in your beautiful land while receiving the military training he later put to such good use.

Indeed he so admired the pluck of a small country seeking independence that he offered himself to be crowned King of Scotland. (You missed a trick there, you Scotties, instead of resenting the English for all these years; you could have been eating them!).

I must apologise for that digression – my mind wanders, my head aches and I often find that I have been ‘napping’ unknowingly. That damned bird! 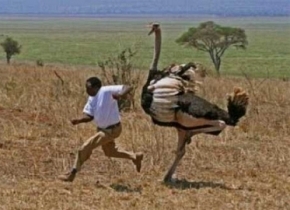 On refreshing my internet link I find that your fair city is hoping to be named ‘City of Cutlery 2017’.

I fear you will face stiff opposition from Sheffield! (I see the ostrich hoof coming at me in my dreams!)

Looking again at pictures of all the new and planned architecture of your city – the office buildings, hotels and shopping malls – I have little doubt that you will be successful and you shall indeed be named ‘City of Clutter 2017’.

2 Responses to “Letter From Aberdeen”