Angus Macmillan shares some interesting facts about The Woodland Trust with Aberdeen Voice, and wonders if the phrase ‘charity begins at home’ is being taken too literally by the Trust. 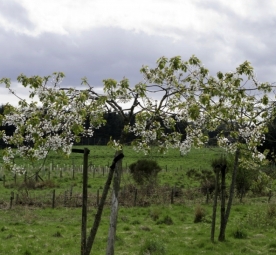 Recent emotive claims from a variety of sources that government is “robbing” charities by capping tax relief on donations do not take into account the benefit to the general public of increased revenue for essential services.
However, one large charity, which I understand has a hand in the killing of the Tullos Hill deer, has an income of over £20m a year according to accounts filed in December 2011 (£2m “cash at bank” and a net worth of £107,601.000).

Yet The Woodland Trust frequently pleads poverty to the general public for donations towards buying parcels of land which it then “banks” as its own real estate.

It recently built a new state-of-the-art creature comfort headquarters at a cost of over £5m – from donations for trees? Hardly charity! So is the reverse true that large charities are “robbing” the public of services to the sick and elderly that can’t otherwise be afforded in this time of austerity?

Under the present system of tax and rates relief etc. to such charity behemoths, we are all subsidising their existence by default – whether or not we agree with their aims and objectives – thus depriving every local community in the country of vital funding.

The government is right to put a cap on charity donations that qualify for tax relief, but perhaps it should also consider removing relief and benefits from such charities once their income exceeds £1m a year.

The rich and powerful – whether they be charities or individuals – can well afford to pay their way in society.

They should do so now.