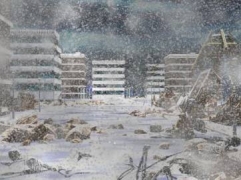 Western and Soviet scientists in the 1980s exchanged information on the effects of the use of Nuclear Weapons on climate.

Their findings were that:

More recent research in the United States, based on a sophisticated atmospheric oceanic climate model that had an excellent track record of simulating the cooling effects of past volcanic eruptions, concluded that the 1980s predictions of nuclear weapon winter effects were if anything underestimates.

Furthermore, even limited nuclear war poses a significant threat to the earth’s climate. This would further have an effect on climate change capable of causing economic chaos. 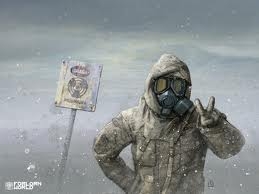 The problems of climate change are already evident. The International Energy Agency projects that unless societies build alternatives to carbon-emitting energy technologies over the next five years, the world is doomed to harsher weather, drought, famine, water scarcity, rising sea levels – leading to the loss of island nations and many coastal areas.

The use of Nuclear Weapons would make this possibility, if we’re foolish enough to continue along the nuclear road, even more of a threat to human and animal life.

Aberdeen and District CND have monthly meetings held at 7.30pm on the second Monday of each month on the top floor of the Belmont Cinema, Belmont Street, Aberdeen.