George Anderson presents a masterclass in Doric offering an appreciation not only of the spoken language, but also the wealth of meaning between the economically delivered lines. 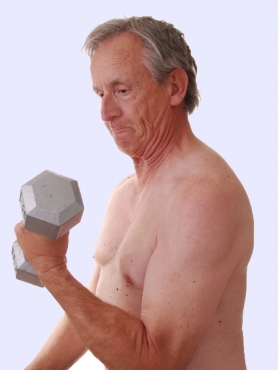 There is something about the North-east’s doom laden outlook on life that makes Victor Meldrew look like he’s been at the laughing gas.

Victorian artists painted skulls in the corner of their canvases to remind anyone who had drifted off the page, that the bloke with the scythe was never more than a step behind them.

Up my way we need no such reminding; we see the end of our days in the faces of anyone we know over fifty.

It is customary in the north-east of Scotland to point out to any third parties who will listen, that so-and-so is ‘looking aul’’. The phrase is equivalent to saying ‘His tatties are gey near through the bree’. In other words that the fellow should get measured for the widden bilersuit on a sooner rather than later basis.

Students should study the masterclass notes below before practicing the following piece of dialogue from ‘Duet for Arthur Duguid’ by Udny playwright Harold Painter, known in the north-east of course as Harold Pinter. Emphasise emboldened words.

Line 1: This line should be delivered as you might read out loud the names of all those who died building the Burma railroad.

Line 2: Try to get as much astonishment into these two words as you can muster. Imagining that you have just been told that despite flailing at the beast with his pension book, Arthur Duguid had been skewered through the tripe like a kebab during this year’s Pamplona bull run.

Line 3: Advanced students may want to try the accompanying actions to this phrase. Hold a trembling hand an inch or two from your face and draw it down the visage as the phrase is uttered, to emphasise the fact that Arthur’s signs of ageing are now beyond the reach even of industrial strength Norwegian Formula Neutragena.

Line 5: Place double emphasis on the second instance of the word ‘aul’’

Both should end the piece with hands in pockets, performing the ‘shakkin o the heid’.