My call, they assured me, was important to them. They were quite specific about this. 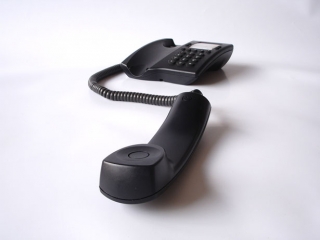 It was less important than putting a man on Mars, but more important than missing a hairdressing appointment.
Both of their service consultants, Alf and Deirdre, were experiencing hyper-normal levels of calls. Which was presumably why I was 68th in the queue and had been holding on since the milkman delivered the gold top on Monday.

Of course, your place in these queues is relative. Only 48 hours beforehand I had been 497th in the queue, so I wasn’t doing too badly and I always had the option to ‘Press 1 – if you have lost the will to live.’  Anyway, I had taken a week’s holiday to make this call, so I still had five days in hand.

On Thursday morning someone with an indefinable European accent asked me to key in the square root of my National Insurance number and while I was at it, my age, shoe size, bank details, three of my favourite passwords, a Visa card number, my postal code and my grandmother’s maiden name.

By Friday afternoon the manic rendering of the Birdy Song I had been listening to continuously since the beginning of the week – when I wasn’t listening to machines telling me how much they valued my custom that is – had infiltrated my cranium, dug in like travellers encamped on the Mounthooly roundabout and refused to leave for several weeks after I had hung up.

I was just starting to hallucinate from lack of sleep when I suddenly realised I could hear Alf’s voice saying ‘Hello, Alfred speaking. How may I help you?’  But he didn’t have an option to press for those, people like me, who had forgotten why they called in the first place; so I just hung up.

My wife said I had wasted a week’s holiday. But I reminded her of the week we had spent in sub-deluxe chalet-style accommodation at Butlins Ayr, during a rain sodden February in 1964 and she grudgingly agreed that nothing could be a bigger waste of time than that.

There was worse to come. Apparently, while I was waiting for Alfred to come free, some Albanian cyber-twister had plundered our bank accounts, leaving them emptier than Ma Hubbard’s dog.