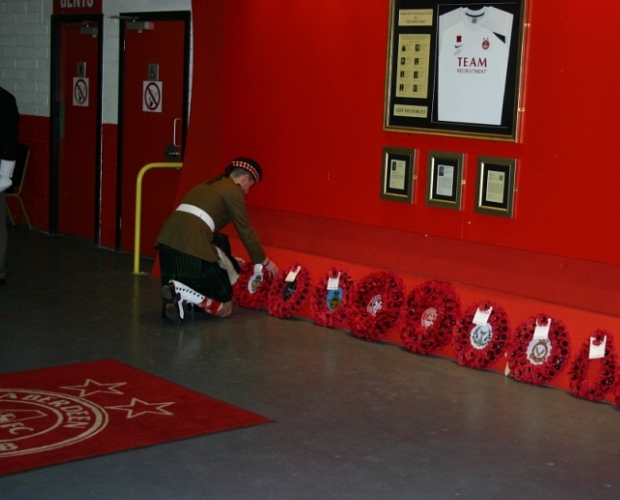 The AFC Heritage Trust held its fifth Remembrance Day commemoration on the 11th of November at the permanent memorial in the Richard Donald Stand.
First dedicated in 2009, this memorial is a popular stopping-off point for stadium tour parties, and on match days there are always fans who read its information and learn a little more about the heroism of past members of the Dons community.

As has become customary, the event was well-attended, by club staff, members of the armed forces and linked organisations, and by members of the public and trustees.

During a short, formal ceremony, the names of those who died in battle were read by trustees John Callander and Andrew Duthie, as a re-dedication of the memorial. That allowed us to muse on just how young these men were. The Last Post was sounded before silence descended on Pittodrie for two respectful minutes.

Reveille sounded to signal re-awakening, and Lawrence Binyon’s ‘For the Fallen’ was read, before wreaths of respect were laid by representatives of organisations wishing to pay formal tribute.

Club captain Russell Anderson laid the club’s wreath and Neil Simpson represented the Former Players Association by laying theirs. AFC Heritage Trust Chairman Allan McKimmie, who had organised and introduced the ceremony, did the honours for the Heritage Trust.

Floral tributes were laid by representatives of

Birkaji Gurung, a staff member at Pittodrie and a former member of the Gurkha Rifles read an Armistice Tribute in his native Nepalese. 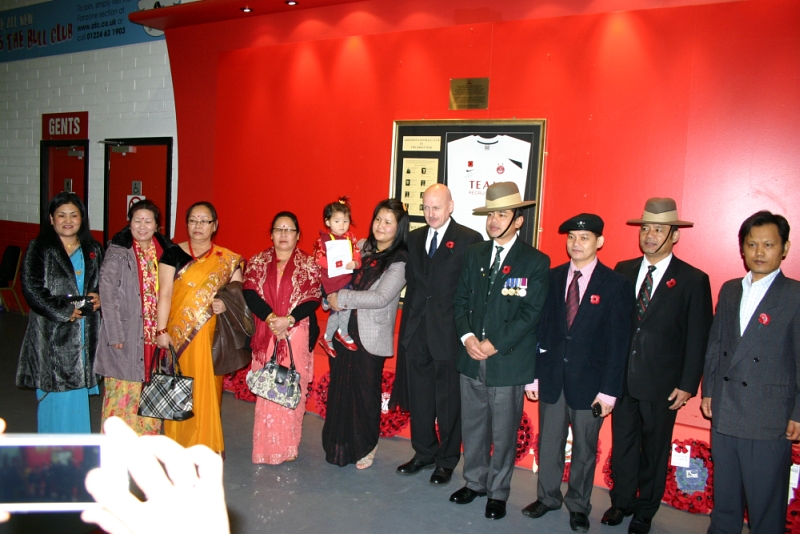 A significant number of Aberdeen’s Gurkha community turned out to support Birkaji. They are always welcome guests.

Whilst this annual remembrance gives us cause to remember those who perished in war, thoughts of remembrance inevitably turned to recently-departed members of the Dons family. They and their families were, without doubt, in the thoughts of many who paid their respects on Armistice Day.

Lest we forget, says the memorial. We will not forget those members of the Dons community who died in both World Wars. Football is often talked of in terms of battles and skirmishes and war. These are insignificant compared to the action that took the lives of those commemorated.