Aberdeen Voice’s Old Susannah can barely contain her excitement over the Olympics and Tartan Day, and reviews the week’s past local events. By Suzanne Kelly. 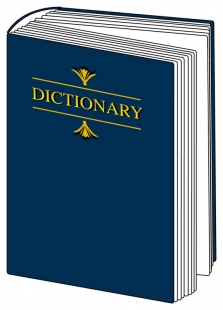 Tally Ho!  I guess we’ve all had an exciting week, and with the Olympics upon us and Tartan Day around the corner, you can practically feel the excitement.

I am not sure whether we will need to deploy surface-to-air missiles on top of St Nicholas House to ensure Tartan Day goes without a hitch like they’re doing with the Olympic games (what could go wrong?).  I am not clear as to whether there will be a special ‘Tartan Day’ lane on our main roads for VIPs, either.

But in all seriousness, it should be fun.

There has been so much in the news these last few weeks about morals – people wanting to marry people of the same sex just because they’re in love; people committing moral crimes (like paying in cash for services) and so on; who’s to know what’s moral and what’s not any more?

As well as looking to our community leaders, movie stars and elected officials for guidance through the murky waters of morality, Old Susannah has some advice and of course definitions.

Moral Superiority: (Eng. phrase) – claim of holding a higher set of values and ethics than another person or group (not to be confused with smug, self-righteous, conceited, or small-minded).

Firstly, we are all shocked, angered and saddened by the main news, I’m sure.  Kirsten Stewart, Twilight and Snow White star is not snow-white like the rest of us after all.   Stewart has had a brief encounter with a married film director.

No doubt armies of Twilight fans in thrall to her Twilight co-star, Robert Pattison, will be baying for Stewart to be burned at the stake.  After all, Hollywood is no place for people to have affairs, and a star in a quick fling with a director is without precedent.

I’m sure all of us remember what it was like to be in our late teens and early twenties, and we all remember how responsible we were then, never making any mistakes, never experimenting, and of course always being faithful.

Being as good as we were is just as easy if you’re trying to fit into Hollywood and make your way in life in front of a lens.  Otherwise, there would be one or two examples of child stars who had unhappy, stormy lives.  It is important to remember that what goes on between the people involved is the world’s business, because they are famous.

let’s not forget either that it is OK for a man to cheat, but for a girl to do so is unacceptable

It must be Kristen’s fault, mustn’t it?  Helpless Hollywood director, all on his own, and a worldly twenty-something woman, and all that.  We owe a huge debt of gratitude to US Weekly’s campaigning, morally-superior investigative journalists and the editors who put them on the scent of this crucial news story.

Will Stewart and Pattison get together again?  Will they be happily married and never divorce?  I can barely sleep nights for thinking about it.

Other than that, there is something in the news about a bank scandal, and civilians including children being tortured and killed in a place called Syria.  Will get back to you on that boring stuff some other time, but for now best keep your money in your mattress.  (I have deliberately spared you any lame puns in the ‘Twilight’ vampire vein.  I didn’t think I’d earn your fangs if I wrote anything about what was at stake for Stewart and Pattison, and I didn’t want any hilarious jokes giving anyone a coffin fit.  Bad vampire puns suck).

Now that we’ve established we are all morally superior to Ms Stewart and her director, let’s not forget either that it is OK for a man to cheat, but for a girl to do so is unacceptable.  I hope Ms Stewart will look to other famous role models in Hollywood and Government for clues as how to be as morally acceptable, faithful and upright as they are in the future.

Hooray!  The Coalition government is going after those who are ‘morally wrong’ – and they should know all about morals, shouldn’t they?

Exchequer Secretary David Gauke has publicly accused homeowners who give workers cash of helping them avoid tax.  Tax avoidance!  NO!  Our tax system is totally fair, and anyone who is doing jobs for cash is always a morally bankrupt criminal. And the government have more than a little experience with tax avoidance.

The Government practices what it preaches, and no MPs are guilty of any tax evasion, book-fiddling, or expense padding at all

The Revenue has, after a few expensive meals and hospitality events, waived goodbye to tax which was owed to you and I by Vodaphone, to name but one multinational that hasn’t paid what it owed.  These few settlements made by the government to multinationals of a billion here and a few hundred million there can eventually add up to significant amounts, but nothing like the man who wants £50 for painting your hallway.

Rumour has it that even here in the respectable North East of Scotland, one of our very own billionaires changed some of his employment schemes to keep money offshore and out of the taxman’s pocket.  Wood that I could tell you who I was thinking of.

The Government practices what it preaches, and no MPs are guilty of any tax evasion, book-fiddling, or expense padding at all.  The government needs all the money it can get for worthwhile causes like buying more weaponry.  After we’ve taken care of the defence budget, we can throw a few scraps to the poor (but only the ‘undeserving’ poor of course).

Hopefully, we’ve got all the lazy MS, cancer-stricken, paralysed layabouts back into meaningful work (whether paid or not), so we should probably consider cutting back on social welfare programmes.    It might seem that there is one rule for the rich and powerful, and another for the rest of us, but I’m sure this is just illusory.

I admit that there are people who make a career out of avoiding tax who are involved in the building trade; they should be brought to book, and made to behave like MPs, bankers  and company directors.

Once Scotland is independent, it will all be different, I’m sure.   But remember, if you hire someone to paint your front steps or fix your garden, don’t pay in cash.  Try to pay them with a service in kind instead – let’s see how that would work.

Moral High Ground: (Eng. phrase) The position of superiority of those with codes and values above the prevailing standards in society.

Well, thank heavens for the Westboro Baptist Church!  Where would we be without them.  These followers of Christ (who once apparently had something to do with ‘love one another’ and ‘let he who is without sin cast the first stone’ and other outdated nonsense) are showing us the way.

These people occupy the moral high ground, because they know what god would have wanted

They nearly came to Aberdeen once to spread the word against immoral behaviour like homosexuality, but they changed their minds.  Old Susannah was so looking forward to greeting them appropriately as well; so were several hundred others.  Perhaps they still will.

These people occupy the moral high ground, because they know what god would have wanted.  They helpfully show up at funerals for servicemen and women who were gay, and create delightful, enlightening events for the mourners, in the true spirit of Christianity of course.

Strangely no mainstream churches seem brave enough to join Westboro on its crusades against gays, blacks, Jewish people and others.  I wonder why.  When I have a chance, I think I’ll ask Westboro about some of its positions; I am starting to wonder if they are a bit racist and homophobic – and I’m not quite able to find the bits in the bible telling me God wants it that way.

I hope you’ve enjoyed this little update on what is and isn’t moral, and if you have any questions, just get in touch with Westboro.

Next week:  a romp through Aberdeen’s draft financial accounts – which everyone has the chance to examine until 18 August.