There is a little-understood, little-known syndrome that strikes 1-2% of the population. Aberdeen Voice’s Suzanne Kelly, a sufferer, is joining with others around the world to raise awareness of this condition, particularly among health care professionals. 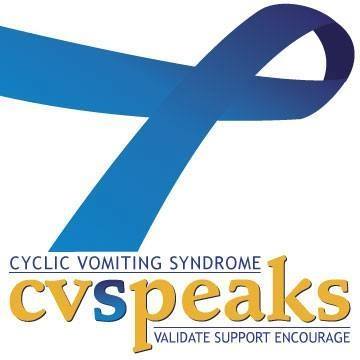 Imagine an illness that works like this. You can be fine for weeks, months, and then with less than a minute’s notice, you get hit.

If you manage to take a preventative medication at absolutely the right moment, then chances are you’ll be lucky and avoid an episode. And if you’re not lucky?

Cyclical Vomiting Syndrome attacks see sufferers vomiting for anything from a few hours to a few days.

In rare cases some people have attacks that stretch to weeks, possibly months.

Looking back, I see that I had very infrequent attacks for at least 20 years; I always put these down to food poisoning. Then they increased in frequency and severity, until for a fortnight, I thought I was dying. I spent a day and a half on my bathroom floor, completely unable to get up except to hunch over and be ill again. The pain was searing; then I threw up bile; then I threw up blood.

I really thought ‘this is it’ and assumed I had some kind of cancer. I was either shaking with cold or burning up, or spending hours wondering if I could manage to get up to get any water, and if so, how long I’d keep it down.

Finally making it back to work a week later, I was straight onto my doctor, then a specialist. Being into research, yet knowing the stupidity of self-diagnosis, I came across this illness called ‘Cyclical Vomiting Syndrome’ – it struck people like me, who used to experience migraine headaches (I had them as a child and they abruptly stopped).

Little was known, there was no cure.

The specialist I went to talked to me for nearly an hour – this was after all the blood work was back and had ruled out any terminal illness.  He determined that it was CVS I had. The medicine I got to prevent attacks is not without potential side effects, but it seemed to work a charm. That is, if my attack was during the daytime. More often than not, this hits me between 2 and 4 am.

My first waking thought then is not to take a pill, and sometimes before I realise what’s happening, it’s too late. (I sleep with the medicine within reach, and have some stashed on me, and virtually every place I spend time).

I’m an extremely lucky person with this condition.

My back teeth aren’t rotting from being ill as frequently as some of the other people I’ve come to know. And as I’m in a country with free health care (and am lucky enough to have additional health cover through my work), I’ve not had to spend thousands of pounds on treatment. And I’ve not had to have permanent feeding tubes put in me, either. And I’m not either a little child or an elderly person going through this. I am extremely lucky.

Being ignored at ER, being told ‘you’re just after drugs’, being sent home only to throw up blood on the way out of the hospital – this is how people are being treated by those in the health care profession who’ve never heard of CVS. My attacks, and most people’s attacks, have nothing to do with: drinking, emotions, stress, diet. One time I was walking down the street, felt a bit sick, and then that was that.

The worst occasion remains a quiet night in doing some work, and being sick for a week. In all of my attacks I’ve not had a care in the world, and oddly, I’ve never been sick when drinking. The worst parts of this illness is just that – no one really understands what sets it off, how to stop an attack, or how to cure CVS.

Here’s what some of the people with CVS say, and why they want to raise awareness.

“I’ve had CVS for 20+ yrs and still to this day get treated like a drug seeker. I’ve been left feeling tortured & in agony for hours laying in an ER bed more times than I can count.”
– Ryan

“Too many to count, not just medical staff, friends and family too! A few years ago, before I was diagnosed, my best friend in the whole world was bringing me to the ER in the middle of an attack and asked me if there is any chance that my symptoms were psychosomatic? It still hurts me to this day that that was a real question from her.”
– Jenna

“A specialist put me through every grueling test and when they were all negative, told me he could do nothing and I was obviously making it up to get sympathy. My daughter actually figured it out by watching Gray’s anatomy! Researched it, took it to my family Dr who researched further and here I am. Can only manage symptoms is what I get.”
– Susan

“I’ve lived in the same area (so, near the same hospital) since 2004. For 12 yrs. here in VA (20-yrs total with CVS), I’ve had to go to the ER only 2-3 times/year, and I’m STILL treated like a drug-seeker, by about 1/3 of the ER docs I’ve seen. When they do refuse my simple (approved & recommended) abort-meds, my cycle does not end. It can go for days. So, I have to return to the ER after having been kicked out 6-12 hours earlier.

“You must go back; dehydration is no joke. I’ve had to call an ambulance for some of these return trips when I’m completely disoriented. I don’t see how a hospital can bill you for the 2nd stay when treatment was REFUSED during the 1st stay. I’ve fought that before & won – I think everyone should contest billing for any repeat-visits that are due to malpractice: neglect of duty.

“They see me coming back, the nurses at least recognize me, and viola(!) the new doc is suddenly ready to take things seriously. I have much less trouble if someone is with me, “vouching” for me. To summarize, I am luckier than some patients who have more frequent episodes. But, only 2-3 trips to the ER per yr & they think I’m drug-seeking?! (Yes, I’m a 3-time-a-year addict. So dumb!)

“I’m a 40 yr old mom, nothing “wild” looking about me at all. (Not that it should matter, but some advice to others: I’m treated like a drug-seeker more often if I look really messy/out of it. I actually prepare an outfit & hair ties, etc. every night before bed in case an episode starts & I have to go to the ER.)

“I had an episode last weekend & encountered a doc I’ve had the misfortune of seeing in the past. He has a line he loves to use, and he YELLS, no, BELLOWS at me:

“I’m not going to distribute narcotics as they are not indicated for CVS!!!!!”

“The nurses stare in horror at HIM. My preventative meds are anti-anxiety meds. At the ER, to abort an episode, I need 2mg (yes, only 2!!) dilaudid, 25-50mg phenergan (over time), & Ativan or similar & at least 1 bag of fluids. Dr. Pain here should be avoided at all cost. I went back the next day with my father, and there was no delay in giving me that exact Rx to stop the episode. I was very dehydrated by then, however, so the IV was extremely hard to establish & left 10+ huge, black/purple bruises all over my arms & hands.

“I’ve had the great honor of emailing with Dr David Fleischer, “The Father of CVS.” He expressed to me in 2010 that my episodes seemed to require very little to abort, & he added that dilaudid is preferred over morphine bc it is not likely to create nausea – like morphine does.

“I was diagnosed by a GI in Manhattan after every test known to man & even gall bladder removal. I was referred by him to a Neuro back here in VA, who then passed me off to a shrink who only did my Med. Mgmt for anti-anxiety meds & then said I should just have my Primary taking care of this. My Primary is pretty lazy about it, though. On occasion the ER has tried to contact her by her emerg svc, but she’s not very forceful in her care of me, her patient. None of them care!!”
– Emily

The aim of the initiative is to raise awareness in the medical profession of the seriousness – and painfulness of this condition.

A support group is there to help. Colleen from CVS Speaks said:

“CVS Speaks actively works raising awareness and helps support Facebook support groups. We currently have 14 groups teamed up helping suffers in the day to day struggles. We have groups by age kids thru adults, caregivers to suffered only, men’s groups, women, mothers. You name we probably have a group to fit sufferers diverse needs.

“CVS patients often need safe place to feel validated, accepted and learn from others what helps relieve symptoms. Medical professionals often do not have much experience with CVS. So along with groups like CVSA www.cvsaonline.org, we help get them in touch with the most up to date treatment options and research to talk with their providers about.”