Suzanne Kelly reports the latest claims from controversial commercial farm-cum-rescue for farm animals – an alleged break in, vandalism and deliberate ‘poisoning’ of a young Shetland pony. 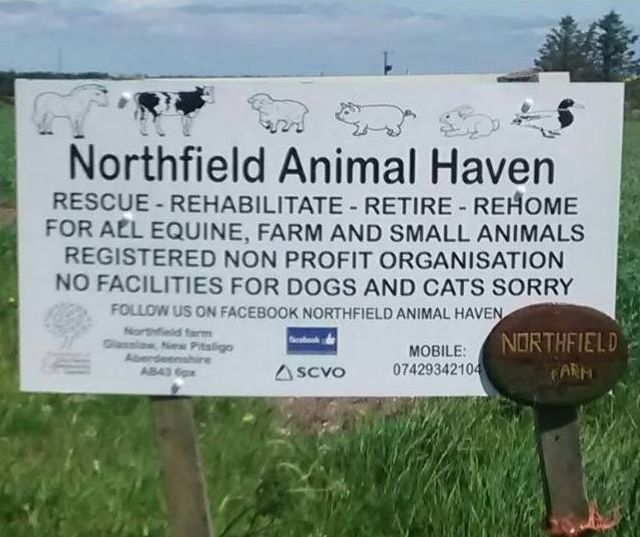 As has been demonstrated in previous AV articles, Northfield Animal Haven owner, Kelly Cable has engaged in some bizarre fundraising schemes, and animals have been injured, frozen to death and overfed to death at the New Pitsligo premises.
On the afternoon of 15 November 2015, a woman named Jackie Dow posted on facebook that Northfield Animal Haven had suffered a break in on the night of 14 November.

“hello to the evil people who went to Northfield Animal Haven last night. hope you are proud of yourselfs as you cut all the wire so the sheep could get out. and you poisoned my pony who sadly died today. call yoursels animal lovers. I don’t think so. This vendetta needs to stop before any other animals suffer and thanks to you I will have to spend a fortune on vet bills. what did my boy do to deserve it…. and if the people who did this are reading this hope you are proud of yoursels.”
– Jackie Dow on NAH’s facebook page, 15 Nov 2016.

Aberdeen Voice sent Ms Dow an email to clarify why she thinks she knows who did this act, why she thinks they are animal lovers and what vendetta she is referring to. When / if she replies, we will print her response.

“got up this morning to find fencing cut out onto main road for the sheep and horses, lovely little auguero who everyone met at the Super Saturday locked in a portacabin and sadly he was very toxic, no gut sounds at all so he had to be pts [put to sleep]. Very evil twisted people out there and when they get caught I hope they throw the book at them.”
– Northfield Animal Haven Facebook page.

It seems that Ms Dow and Eric Cable had suspects for this very odd crime in mind – and Eric decided to name me and blame me for this event:

“Well the haters have really done it this time. A 22 month old Shetland pony poisoned last night after locking it in a feed store I hope that cowbag Suzanne Kelly is f**king happy with her work now the most evil bast///on on this planet I believe that she is now encouraging activists and it looks like they decided to pay a visit last night cut fence wire let sheep out locked a trusting wee pony into a portakabin and poison the wee toot… the vets want to speak to the police when they arrive.”

The Cables assert in their posts on the incident that the press and police were informed.

However, when alerted to this development, I telephoned the Police Scotland media arm – the spokesperson could find no such report. On Monday 21 November the police now have an incident report – which only concerns a fence. No pony is mentioned.

The police have been asked to say when this incident was reported considering there was no such report on their books when Eric Cable’s post claimed the vet wanted to speak to the police when they arrived. It currently seems that while Cable wrote those words about police arriving, the police had no information whatsoever about the incident.

Sources associated with local newspapers were unaware of anyone contacting them about a poisoned animal or vandalism. No news reports have been published about this alleged incident which was meant to have happened 6 days ago. There was no outreach from Northfield to other shelters in the area to warn them of potential vandals in the area.

The very idea of the crime is a bizarre one. There are many incidents of livestock being stolen, and last year there was a horrific attack on a mare in a field.

But to cut a fence and then, oddly, to sneak past the CCTV system it is understood operates at NAH, for the purpose of taking one of the 170+ animals and locking it inside a feed store beggars belief.

In the past, two animals at Northfield were allowed to overeat with fatal consequences. In a separate incident, an elderly horse was left to freeze to death in a field. Could this possibly be yet another instance demonstrating that a woman with health issues (in her own words) might not be best able to look after 170 animals?

Things took a dark turn following Eric Cable’s post. Several people made threatening posts, and one man who had in the past made threats, shared Jackie Dow’s post over 2 dozen times. The threats were reported to Police Scotland. Many have since been deleted from facebook.

Two of the more concerning threats were:

“They won’t be so smart when we get hold of them. Silent justice and as for that f**king reporter and her pals it’s on f**kers”

There are many times over the course of investigating how the Cables operate that I have been called a liar by Eric and Kelly Cable. I have asked them to apologise for the defamatory remarks – or to at the very least point out what portions of my articles they consider to be ‘lies’.

All of my claims have sources – very often I am quoting back contradictory claims that Kelly Cable has herself made over the course of time.

One day she will say NAH rescues all farm animals; the next she claims everyone knows they also sell animals at the Thainstone market and it’s not her affair what happens to such sold animals.

The Cables have been asked to apologise on Facebook, Twitter and to the Aberdeen Voice for publication of a full apology, or I will have no choice but to seek legal remedy for the ongoing, serious defamation – and not least this latest unfounded attack by Mr Cable which seems to have led to threats of violence.

In a previous facebook post, Kelly Cable had gave her permission for me to see her veterinarian’s records; I wrote to the vet at the time, who refused to release any information.

After this alleged pony poisoning and Eric Cable’s post saying the vet wanted to speak to the police (who had not been told about a poisoned pony it should be remembered), I emailed the vet once again. A source made me aware of The Royal College of Veterinary Surgeons’ position:

‘The duty of confidentiality is important but it is not absolute and information can be disclosed in certain circumstances, for example where the client’s consent has been given, where disclosure can be justified by animal welfare concerns or the wider public interest.’

Considering Northfield has been asking the public for money for years and, as previous articles demonstrate, sometimes doing so under false pretences, and considering the number of animals injured and neglected at Northfield over time, it is hoped the vet will release information.

Since this poisoning tale appeared on Facebook, someone was in touch concerning a pony that died there of blood poisoning – how many avoidable deaths and injuries will it take for the vet to raise concerns with the authorities and let the donating public know what is going on?

I posted this request for apology and many questions about the incident on the Northfield Animal Haven Facebook page. The page is now offline.

Aberdeen Voice will follow this story and report any and all updates.

Aberdeen Voice is sorry to hear that yet another animal has had an avoidable death at Northfield. If indeed vandals cut a fence, snuck in, and put the animal in a feed store – then we are confident the CCTV will have caught them, and we hope they will be brought to justice.

Should it be conceivable that the truth is still to be determined and information has been withheld or warped, possibly to cover a further incident of fatal animal overfeeding and/or other form of negligence, Aberdeen Voice is equally hopeful that the truth will come out. In the mean time, we are receiving yet more stories from people who have had business/animal welfare dealings with the Cable family.

Anyone with any further information is invited to please contact Aberdeen Voice in strictest confidence. 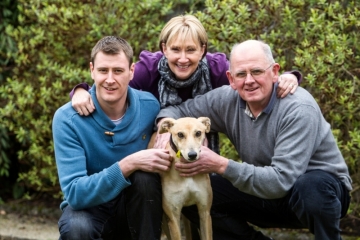 With thanks to Mike Flynn.

The Scottish SPCA is appealing to animal lovers to shake a collection tin at their local Tesco store between Friday the 3rd and Sunday the 5th of May.

Taking part is a fantastic way to help Scotland’s animals, even if you can only spare a few hours.

The fundraising team will provide everything you need to get started, including a Scottish SPCA tabard, a collection tin and stickers to hand out.

“Last year we cared for a staggering 13,327 animals and 2013 is proving to be just as challenging.

“Honey, an extremely thin and injured lurcher, is just one of many animals we’ve rescued this year. This remarkable and brave girl was extremely frightened and needed urgent veterinary care when she was found.

“We were delighted to find Honey the loving new home she deserved after helping her recover from her terrible ordeal. As an animal welfare charity, we receive no government or lottery funding and rely on the generosity of the public to continue our vital work.

“Even if someone can only spare an hour or two to shake a collection tin, their time and efforts would be hugely appreciated. Every pound and penny raised really does make a difference and gives animals in need of our help a second chance in life.”