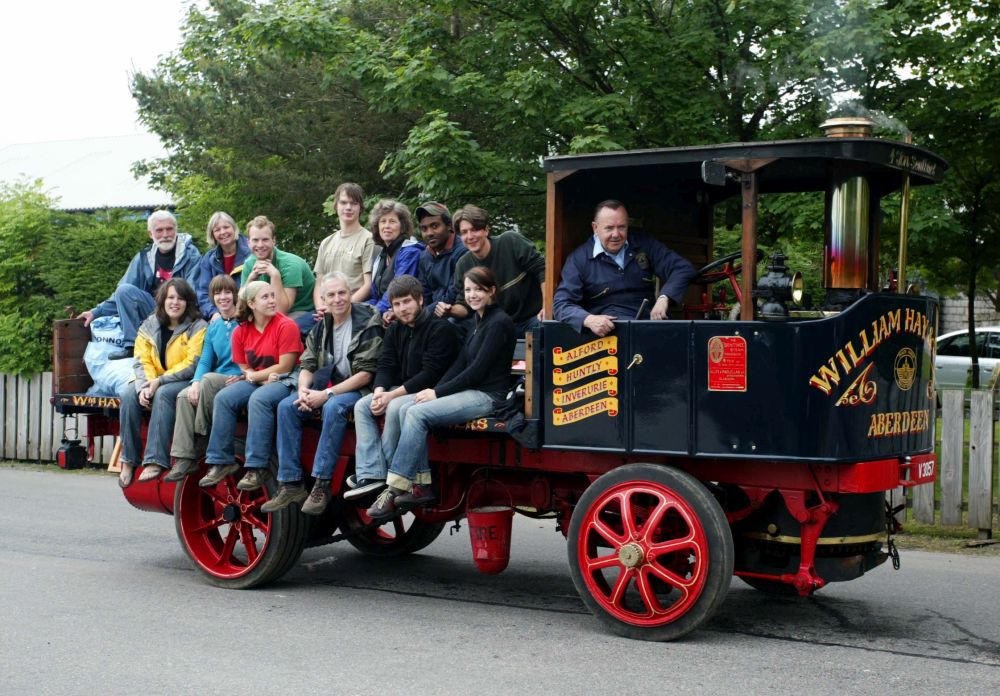 The Grampian Transport Museum will be welcoming visitors this October with a number of special activities taking place during the school holidays.
The museum’s final rides afternoon of the season takes place on Wednesday 15th October, from 1.30pm – 3.30pm.

Celebrating its centenary year, the museum’s Sentinel Steam Waggon will take centre stage and will offer visitors the chance of a ride around the museum’s outdoor circuit.

The Sentinel will be joined by a pair of stunning Stanley Steam cars, owned by a local enthusiast. Dating from the early twentieth century there are thought to be just three of these left in Scotland!

A number of static displays will be on show too – a live steam 3.5” gauge Stevenson’s Rocket will be on show alongside a selection of miniature traction engines and railway locomotives.

Then the fun continues with a special Halloween Activity Afternoon on Thursday 23rd, from 1pm – 3.30pm. With Halloween activities, quizzes and crafts plus face painting, balloon modelling and a magic show it’s an afternoon not to be missed.

Entry to both events is included in the museum’s standard admission which is £9.50 for adults, £7.50 for concessions and 2 children admitted FREE with every adult.

Grampian Transport Museum is open daily from 10am – 4pm up until Sunday 26th October, giving visitors the chance to see fantastic displays including the Great Train Robbery Exhibition and 1910 ‘round radiator’ Maudslay, which are on display this season only.