Young Scottish actor Declan Michael Laird moved to Hollywood after winning a prestigious full scholarship to the Stella Adler School. He’s on the audition trail, has various projects on the go, and has recently been cast in a new web series. In a brief interview, he lets us know about his project and plans. By Suzanne Kelly

Declan’s been shopping; he’s just moved across town – literally. He’s moved from a studio apartment into a larger place just across the street from where he is now. His mother is over from Scotland, helping him organise the move, and vacationing.

He sounds great for someone who’s constantly rushing from casting call to casting call, while moving house. We start by catching up on the latest news.

The subject of the Commonwealth games comes up; Glasgow is his hometown (he played for Greenock Morton FC). We discuss the opening ceremony, and like almost everyone else, he’s less than thrilled with the Scottish team parade outfit.

“I’ve been watching on the BBC site… Why would they do that? It’s like someone’s been sick all over it.” 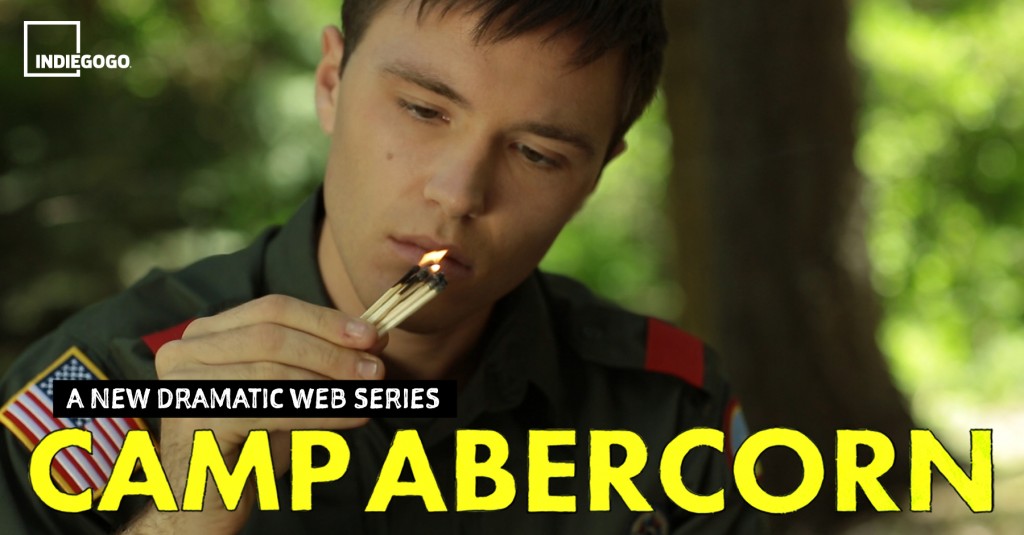 But it is his latest role that I’m really keen to discuss.  Camp Abercorn is a new seven part series, which will be shown on the web, and Declan has a starring role.

He will play a character from London who’s been removed from the comforts of a privileged city background and dumped in the middle of nowhere at a boy’s scouting camp. The character, Colin Benton Powers, is not a happy camper.

The project is seeking crowd funding; the details can be found here: and include details of how to support the project. Donations at different levels will get different rewards- including the chance to be an extra or character in the series.

There are various clips available; I find that Declan makes a very convincing jaded, bored English teenager who clearly is in the wrong place. I can see the opportunities for humour; I can see there will be a serious side to the project as well. Declan tells me more about it:-

“We filmed the pilot; but we still needed to raise another $100,000 so they’ve been trying to raise that over the past month. We’ve got about half and are looking for the other half. It’s difficult for people who don’t know you to give you that kind of money.”

“We have about $48,000 and 15 days to go, and I think money coming in from another investor. It’s a great project .. I’m Colin Benton Powers (descendent of the founder of fictional Compass Guides)… they can’t call it ‘Boy Scouts’ for legal reasons; so it’s become ’Compass Guides’. “ “The plan is to go to Colorado for a few weeks and film.”

We talk about the other actors in the series

“We’ve got Brad Leland who is on Friday Night Lights ; it’s great working with people like that. I think he’s done 82 episodes of Friday night live; it’s great being around them on set and hearing their stories.”

This will be among one of Declan’s first series credits. This series will deal with comedy, and serious subjects, including the issues of being gay in an institution where homosexuality is forbidden. Laird notes:-

“It’s 2014, we should be well past issues like this, but it is still an issue to that organisation (The Boy Scouts).”

But that’s not all Declan has going on. Jonny Paterson is a young Scottish producer (see https://aberdeenvoice.com/2014/05/interview-jonny-paterson/ ); and there is another new project afoot. 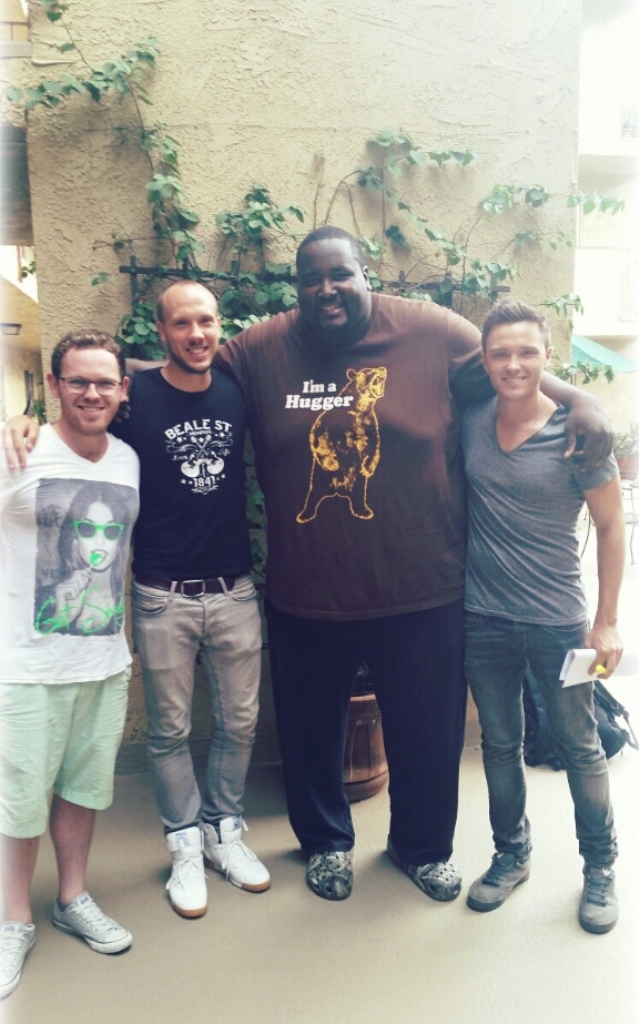 “On Sunday I’m actually meeting Jonny Paterson; we’re doing a table reading with Quinton (Quinton Aaron, best known for his breakout role as the co-lead in Academy Award nominated film, The Blind Side) ; I’m going to read one of the parts. It will be quite funny – little me from Glasgow in a confrontation scene with Quinton.

“I’m not officially cast by any means, and the character description doesn’t really match my look. But sometimes if you go and read, and if the chemistry works, they’ll sometimes change things.”

I ask if Declan if he’s still playing football; he is with the team Vinnie Jones put together, The Hollywood All-stars.

“The Hollywood All-stars team is kind of taking a rest right now; Vinnie Jones is not well and is getting treatment. We’re on a hiatus; he was the one who was behind it; he’s the main part of it.

“I still play in a league to keep myself sharp, and I’m boxing. It can be brutally, brutally painful.”

Aside from Camp Abercorn, auditioning, reading with Quinton Aaron, Declan’s got more than a few other projects, including a possible pitch for a show.

“I’m working on an idea right now; we’ve had meetings and another producer is involved. I can’t say too much right now. We’ve met with people who produced the show ‘Hannibal’”

“If you told me 2 years ago that I’d be walking into Universal Studios to pitch my own show, I’d say you’re having a laugh.”

His talents continue to garner recognition from his peers.

“What’s great right now is I got accepted to the BAFTA newcomers programme. This year had a record number of applications – they could only take 10 out of about 200.

“So, all the new movies are coming out and I’m getting to go to all the screenings. I’m going to 4 movies this week; my mom’s loving it. ‘Calvary’ with Brendan Gleeson was great. I’ll be seeing Teenage Mutant Ninja Turtles soon; the kid in me can’t wait.”

We talk about the escapism of the comic genre – Batman v Superman is coming soon; there are plenty of Marvel films and they’re high grossing.

“Andrew Pierce is the main writer on Iron Man, Sherlock Holmes – and he’s from Kirkcaldy.”

– it seems to me there is a growing Scottish contingent taking Hollywood over.

But that’s not the end of it.

“The movie season is starting to pick up; I had a talk to my manager today. I’d been invited to the ‘young actors camp’ it’s for kids from around the world; they come over for a month to go to camp and learn.   The camp invited me as a special guest to help coach for 3 days, so that was fun. It’s great helping people and seeing them have fun.”

It was a workshop in Hollywood which led him to be where he was and he is very grateful for it.

“I told them that story about me. I like to try and give something back. A lot of people were good to me, and I appreciate it.”

“I’m going to be on BAFTA’s website in a video interview as an up and coming newcomer in the next few weeks.”

“I was at the critic’s choice award – two guys from Aberdeen were there. Tony Cochran owns in Aberdeen a lot of clubs and Chris Dally was there – they run the green room at the awards, that’s how I met the producers from Hannibal. Someone dropped out, and I got invited; we got talking… I think I’ve got my dad’s gift of the gab.”

Conscious that his mom’s visiting, and I don’t want to take up too much time, we say goodbye. I can only guess what Declan will have going on the next time we speak. Whatever it is, it’s nice to know that he’s on his way, and that the voyage from Glasgow to West Hollywood is not an impossible one to make.