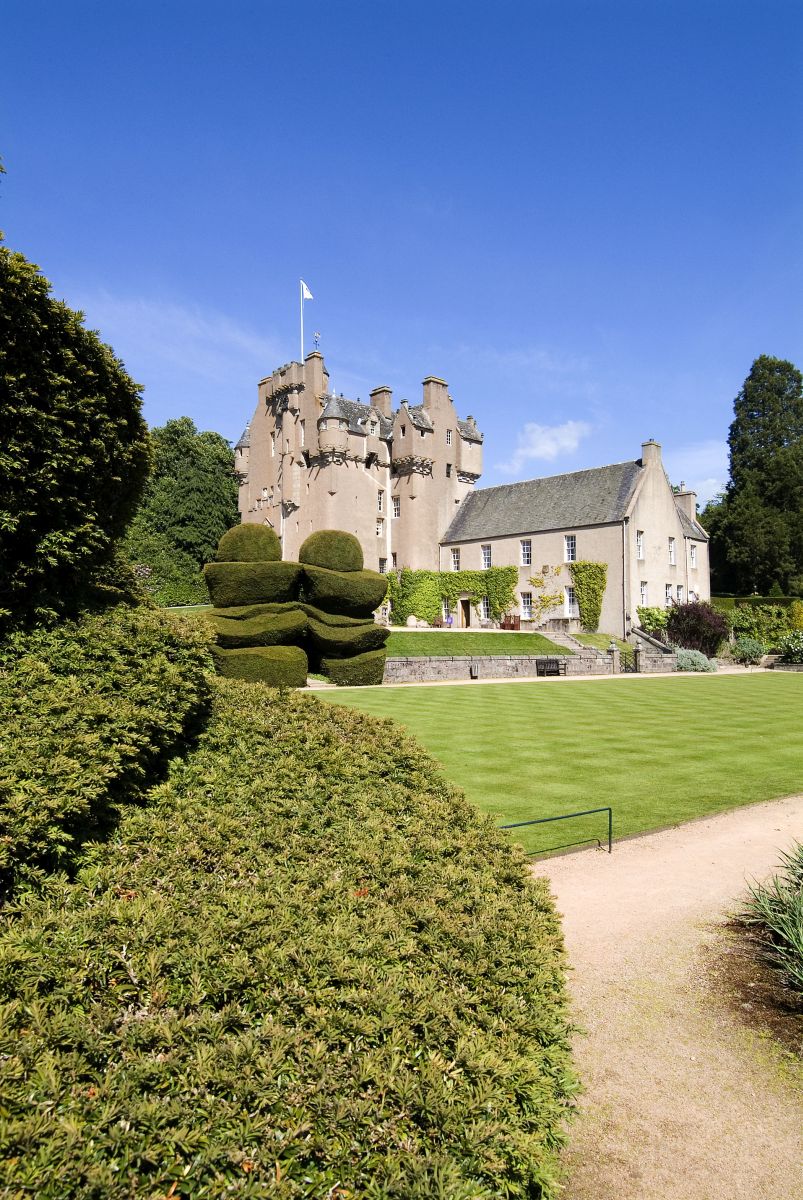 With its harled façade, magnificent turreted towers and walled gardens, Crathes Castle is a standout property from the 16th century.

Fungi, folklore and fairy tales come together in the grounds of a magical North-east castle where woodland secrets and stories will be shared with young visitors and their families.

Green goblets that elves might use to drink from are likely to be among the finds during the Tiny Toadstools and Monster Mushrooms walk at The National Trust for Scotland’s Crathes Castle, Garden and Estate on Tuesday, August 15.
The ‘goblet’ is in fact the green elf cup, a fungus which creates a vivid green stain on dead wood and looks like a drinking vessel for an elf, and which is among hundreds of different fungi that can be found in the grounds of Crathes, a stunning castle that looks like it has come straight from the pages of a story book.

The setting makes Crathes ideal for sharing stories of fungi and fairy tales and visitors will learn how the fly agaric toadstools, synonymous with Enid Blyton books, get their spots and have the chance to find out about the largest fungi in the world which is visible from space.

“Crathes is home to hundreds of different species of fungi due to the wide variety of habitats that can be found here. Some mushrooms like open grass lands, some live on dead wood and some on trees and we have all these different mixes.

“Our ranger-led walk isn’t about identifying mushrooms and toadstools but it is about sharing some really cool stories and games. Some mushrooms turn purple when they are cut and the biggest organism in the world is the honey fungus which is found in Siberia.

“There’s lots of fascinating stores and some interesting folklore too around them and we think adults will be every bit as intrigued by the stories as children are.

“Mushrooms and toadstools are so often overlooked but we have them in abundance at Crathes at this time of year and they will be very much at the heart of our storytelling.”

The ranger-led walk on August 15 is from 10.30am to 12 noon and is ideal for families with children aged between 5-11 years. Entry is £5 per child and adults go free.

Places are limited and so booking is essential at https://nts.cloudvenue.co.uk/crathestinytoadstoolsandmonstermushrooms

With its harled façade, magnificent turreted towers and walled gardens, Crathes Castle, which is managed by the National Trust for Scotland, is a standout property from the 16th century.

The castle and its gardens will be open to visitors during this summer programme event.