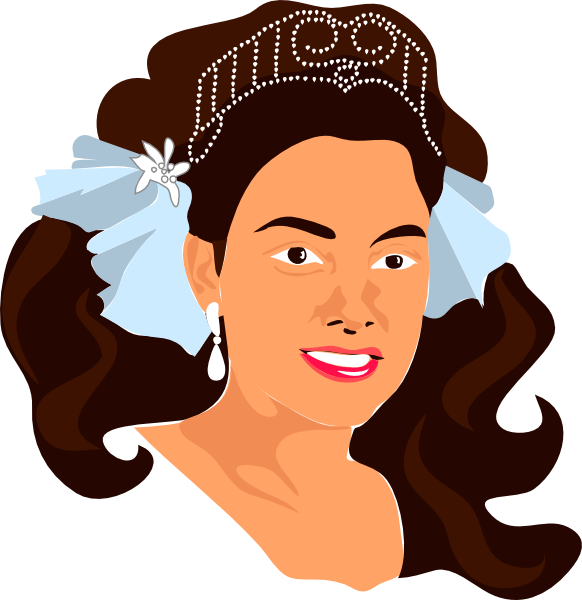 Once upon a time, well right now actually, there lives Donald Drumpf – a very rich, powerful handsome man that all the women adore, even black, Mexican, Muslim and Jewish ones. He bought a Scottish estate to the delight of the Scottish peasantry and the whole world, and then hired a very special person – a genuine princess – to run this new Scottish property and build hundreds of houses, a great club and golf courses.

This was Princess Sarah. She knew nothing about golf, planning, the environment, residential development – or anything at all, really.

It was said she’d not be able to organise a piss up in a brewery. Nevertheless, she was absolutely beautiful, and let’s face it – what else matters? And by a very happy coincidence she was married to the man who ran the local newspapers, who could say great things about Donald Drumpf.

Anyway, she had been crowned The Face of Aberdeen. Verily she was a princess.  In fact she was so delicate and sensitive, a tiny pee could throw her into a frenzy, and lo, so it came to pass.

By and by, Donald Drumpf was given permission to do with the estate and its wildlife whatever he pleased. The wildflowers and plants were scraped away by diggers.

Scores and scores of truckloads of sand were dumped, irrespective of wildlife habitat. Trees were dug up and buried in pits.

It was said that the burrowing animals were gassed. A golf course was laid out in a former wild place which had all its legal environmental protection removed. Scottish Natural Heritage which should have protected Scotland’s Natural Heritage did nothing but deliver some lame, unintelligible scientific jargon to the Reporters, who were told by Scottish Enterprise that this golf course was needed (although golf courses were closing nearby).

The resident peasants who wouldn’t sell to Drumpf were ridiculed, hassled by security guards and, interfered with by police. Elected officials who voted agains the destructive scheme were ridiculed by Princess Sarah’s husband’s newspapers as traitors – simply for applying the existing law to the land owned by The Donald as it would have applied to mere mortals.

One traitorous councillor was even punched on her doorstep by a Drumpf loving woman.

Residents had their water, electric and telephone lines ‘accidentally’ cut off by Drumpf’s construction crews at different points. A resident farmer who had gone salmon fishing for decades was told he’d be arrested if he tried to fish ever again. The rare, moving sand dune system was ‘stabilised’, altering forever a unique habitat once without equal.

Public money was spent by Scottish Enterprise to helicopter Drumpf’s people around while he was wined and dined by the ‘impartial’ First Minister.

One nearby resident was frogmarched to the clubhouse

Two journalists were arrested and manhandled for ‘breach of the peace’. This was without precedent, and the machinations of the police were such that the two never got to have their day in court, which they very much wanted.

Drumpf operatives tried to trick people into selling their homes with blatant lies. Compulsory purchase orders were a threat hanging over the heads of those who refused to sell. A giant bund of sandy earth was deliberately put up between one person’s home and their former views of the sea. This caused dirt and sand to blow into the cottage owner’s house, gardens and car engines – ruining the engines and killing the plants in the gardens.

Trees were planted in this bund. They died, and others were planted in an attempt to further block the cottage. The wildlife visibly dwindled, while the clownish Professor Bill Ritchie, who had previously said the development was great, disappeared as his feeble wildlife monitoring programme was allowed to fizzle out.

One nearby resident was frogmarched to the clubhouse and held by security – he had merely been trying to visit a farm. A huge heap of mixed waste was piled high nearby. A respected photographer was threatened by security who screamed he’d smash her camera.

Then something terrible happened.

One day a woman was accused of doing something so horrifying it should only be spoken of in whispers. She had been walking on the dunes and the shore for hours, and it is alleged she – urinated. In the grasses of the sand dunes. Please forgive me for even alluding to this; I hope you haven’t hit your head when you fainted at the thought.

Now Princess Sarah had had to put up with lots of hardships up until this point. She had to read out press statements for the dozen or so wee planning permission deviations that occurred under her stewardship. Worse – she did not get permission for the 80 foot flagpole – and it certainly seems she really desired a big one, I do wonder why.

Flying a giant flag would have proved once and for all that Drumpf loved Scotland and everyone would be nice to him forever, forgetting his one or two small foibles. But the mean burgermeisters decided this was just too big. But I digress.

A peasant on Drumpf land was bad enough – Sarah was flushed with rage. But for someone to actually take the piss – the Princess decided enough was enough.

Princess Sarah had everyone who walked across the golf course spied upon – after all, hardly anyone went there in the first place, and you have to get your security guards to earn their bread somehow.

No one came near the place without some employee, security goon in a van or on foot intervening.

This spying, recording, filming and eavesdropping will in no way deter future golfers who might have wanted to play golf and/or talk business without being filmed and recorded – but I digress again.

To show her good taste, great judgment, empathy, public-friendly nature, kindness, and what a whizz she was, the clever princess made three of her lackeys film the woman on their mobile phones. Then she immediately called the police. As any right-thinking person would do. Conveniently her husband’s newspaper had a journalist on the spot before the allegedly urinating woman was able to leave.

The princess arranged for the police to track the peasant down, and of course they obliged.  Late one evening, Police Scotland’s finest showed up at the home of the allegedly peeing pensioner and sneered that ‘there was enough evidence’ to convict her of – peeing. “Urine Trouble Now!” they told the pensioner in her home that night.

“Offensive behaviour such as this is a matter for the police… This disgusting and shameful act took place in broad daylight in full view of our staff and guests by an individual who has been disruptive in the past.”

Quite right. If she’d not called the police, then people would think Drumpf’s place was going down the pan.

Some people said that there was something immoral, pervy, weird and demeaning about the princess ordering her minions to film this alleged event, but there you go. As to the perpetrator – it’s bad enough to be accused of answering the call of nature – but to be disruptive with it – that’s going too far. If there ‘s one thing we can’t have on this golf course is any kind of disruption.

If we don’t move to stamp this kind of thing out, there is no telling where it might end. How would you feel if one evening for example you were in the Aberdeen town centre and drunk men (and women) were just urinating in the streets? Yes, if we don’t stamp out this menace, there is no telling what will happen. People might also start experimenting with disruption.

The police have been asked to tell us how many other such arrests there have been. I think they have found the subject far too unseemly to be able to respond. When they do, I’ll let you know. No doubt this information will eventually leak out.

Police Scotland have been too busy doing real work

For my part, after all the wonderful things Drumpf, Princess Sarah and Master Bates have done for us, I think perhaps a statue of some sort might be appropriate. Maybe a parade, too.

Perhaps we should have a National ‘Face of Aberdeen Day’, or put Sarah’s face on a postage stamp or a fiver.

And as to the police who decided hounding a grandmother was a good way to spend their time and our tax money, perhaps they should also be rewarded with some public recognition. What about those brave guys who decided to whip out their mobile phones to film the alleged event? I’d love to thank them personally, and I’m sure others would too. Any one of us would film a pensioner allegedly squatting in a sand dune if ordered to by our bosses I’m sure.

People have in the past been turned away by the police when trying to report thefts, attempted thefts and other issues. Police Scotland have been too busy doing real work such as meeting Drumpf when he jets in than to find your stolen bike or car. In fact, it seems to be your fault your car is stolen if you keep your car keys locked in your house where anyone could break in and get them.

By the way, one cancelled visit from Herr Drumpf cost the taxpayer a few thousand pounds; I wonder what it costs when he does show up? I did ask, but it was far too difficult to calculate for our poor police to be able to answer.

Back to our story: before she left the golf course land, the alleged perpetrator was met by a black vehicle, out of which popped people including someone identifying themselves as a reporter. (Maybe someday I’ll become a professional reporter like that.

“Come to a golf course – a granny has possibly strained her greens- we think.”

A story like that might get me writing for Wikileaks. Alas! Putting my name to a by-line like that in newspaper sadly is something I can only dream of. I wondered what they meant by leaking a story to the press – now I know.

As to someone who would allegedly urinate in a sand dune, forcing others to film the episode, I’m thinking it’s a pity that we got rid of hanging. Perhaps just tarring and feathering would do the trick, and then banishment.

A card of condolence will be made available to Princess Sarah – we only hope she’s not had to look at the footage or the crime scene (I wonder if they dust for urine?). I hope that at this difficult, stressful, emotional time she can still continue to defend Mr Drumpf and his desire to wall up the rapist druggie Mexicans, to stop China raping the US, and to ban those pesky Muslims from going to the US.

Without the princess to tell us what’s disgusting or disruptive, where would we be indeed?

7 Responses to “The Princess And The Pee”