Action comedy American Ultra is a novel mix of fighting, explosions and laughs, but falls short of being something you’ll remember for any great length of time. Aberdeen Voice’s Andrew Watson watches this stoner/sleeper cell mashup. 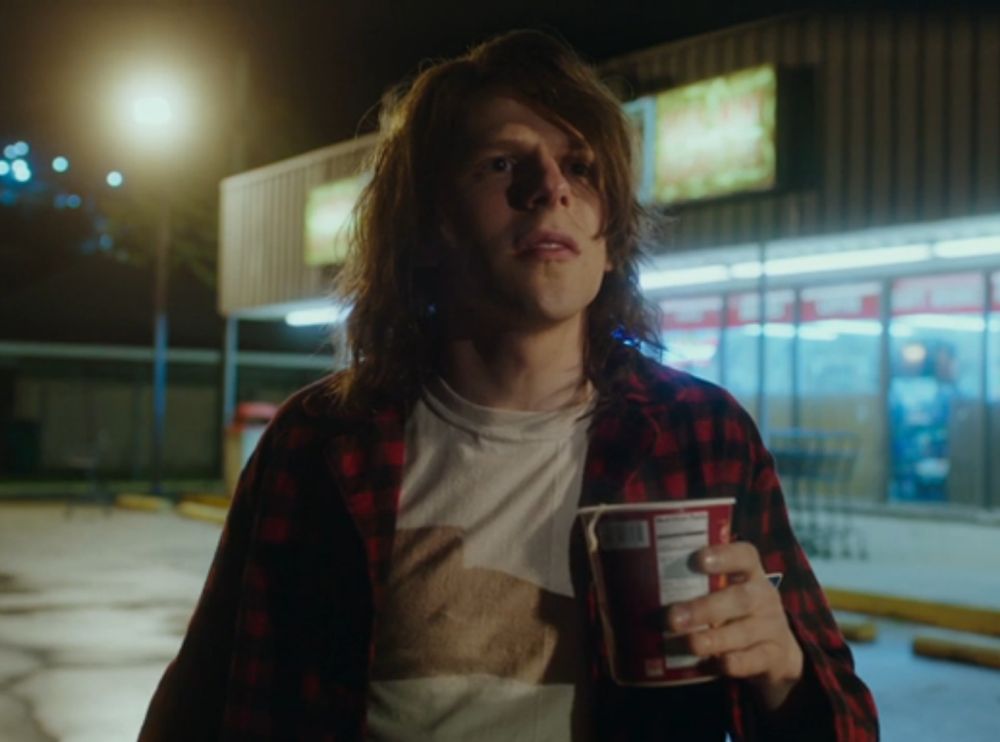 There weren’t too many people in Cineworld at the Queens Links during the Tuesday night showing, which was probably standard given that the film is nearing the end of its screen cycle. Casting-wise the composition of its starring actors is a curious one.

First you have a guy primarily known for his voiceovers as protagonist parrot ‘Blu’ in Rio and Rio 2.

On the other hand, as distinctive as her voice maybe, you have the supporting actress in the form of Kristen Stewart who is primarily pictured as the love interest pin-up ‘Bella’ in the Twilight saga.

Whilst the latter plays doting girlfriend, Phoebe, the former is dopey druggie, Mike. They reside in a small town in West Virginia where Mike works as a convenience store clerk.

It turns out there’s a part of his mind compartmentalised, in hibernation and waiting for activation. This comes in the form of a CIA operative visiting his store and using code words which at first seem just like gibberish. However, when they sink in he becomes an unlikely combat expert who can dispatch an opponent with a spoon.

It’s a tad like Matt Damon in the Bourne films, but doesn’t take itself half as seriously. The title also suggests a word play on ‘Project MKUltra’, a series of experiments by the CIA which began in the early ‘50s and basically aimed to achieve mind control.

There are two factions at war in this film. There is Mike, of the Ultra program; and members of the Tough Guy project. Good guy versus bad guys. It’s judged that Mike must be eliminated so this is done in the guise of a supposed ‘super typhoid’ outbreak, shutting down the small town completely.

There are some genuinely interesting facets of Mike’s backstory. Like how he was a ‘three strike delinquent’, volunteering for the program but having his memories erased when it was scrapped. Or how Phoebe’s an undercover agent tasked only as his handler, but genuinely falls in love with him during her assignment.

There’s also a clever little episode within the closing scenes when Mike finally proposes to Phoebe. He’s spent the entirety of the film seeking an appropriate time to do so, and this takes place in front of several squad cars. One taser shoots, crisscrossing into him, as unto her. This Romeo & Juliet are star crossed lovers, indeed.

Other than that, though, some of it was rather corny and sometimes the line between silly and serious was so blurred that I didn’t know exactly how I was meant to react scene on scene.

Having enjoyed those facets of the characterisation, don’t get wound up in them and expect any serious development, just focus on the laughs and the unlikely tools of combat. For example, the frying pan used for JFK-esque bullet trajectory.