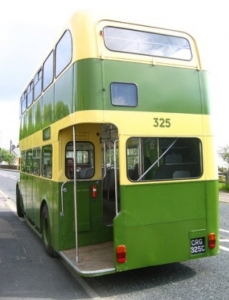 Have we gone a tad too far with Health and Safety?  The question came to me last week following an upsetting visit to my local DIY store.  I asked the store joiner to saw in half a plank of wood I had just bought to make a couple of shelves.  He turned me down flat.

It turns out that inhaling sawdust isn’t highly recommended if, in future, you want to get your oxygen supply from Mother Nature rather than a pressurised cylinder.  I accept this.

But if joiners are to be prevented from using the tools of their trade on safety grounds, what else might we look forward to?  Our troops issued with rubber bayonets?  No sex without a safety harness?  Will restaurants insist on cardboard forks and knives?  Will it soon be illegal to walk backwards unless your mother is holding your hand?

But before we get carried away with just how bonkers Health and Safety may appear today, we would be wise to remember how non-existent it was in the past.  By way of illustration we need look no further than the double decker bus of the 1960’s.

Bus depot supremo’s, in an early nod to the rights of non-smokers, prohibited the use of coffin nails on the lower deck of these buses.  However, as if by way of compensating for this wanton act of environmental friendliness, smoking upstairs was in effect, compulsory.  On a single journey from terminus to terminus, the collective puffing of nicotine fiends raised carbon monoxide on the upper deck of the last bus to Scatterburn to levels that would have triggered the evacuation of an anthracite mine.  Bronchitis sufferers were safer outside in the smog.

With regard to Safety, the case was a bit more one sided.  These buses had an open platform at the rear — the only access and egress point for passengers.

Of course, knowing exactly when to disembark was a bit of a black art and not everyone got it right

Because the platform was open, a single stainless steel pole, placed at the edge of the platform for the purposes of hanging on for grim death, was the only thing standing between the fare paying passenger and oblivion.  When a bus was doing sixty miles an hour it was like standing on the edge of a cliff in a gale.

Nowadays, party-pooping do-gooders have ensured that you may disembark from a bus only after it has stopped moving.  In the swinging sixties, however, you could disembark at any time you wanted, no matter how fast the bus was travelling.  The older generation were quite happy to wait until the bus stopped, but no whipper-snapper with a half decent Beatles haircut and a second-hand pair of winkle-pickers would have been caught dead waiting until a bus came to a halt before getting off.  A mathematical relationship was in play here – the faster a bus was travelling when you stepped off the rear platform, the more irresistible you were to the opposite sex.

Of course, knowing exactly when to disembark was a bit of a black art and not everyone got it right. I personally witnessed Derek Sangster step off the number 25 to Tillydrone (via Gordon’s Mills Road) while the bus was travelling at forty-five miles per hour.  Those in possession of an ‘O’ grade in Physics will have calculated that if the bus was travelling at forty-five miles an hour, then so was Derek.  Now, only Fred Flintstone and Barney Rubble can whirl their legs at that speed.  Anyone else is destined to end up face down on the tarmac using their chin as a brake.

Street credibility always comes at a price.  Certainly, Derek managed to avoid a catastrophe by windmilling his arms fast enough to dislocate both shoulders, but he failed to prevent a disaster, unable as he was to remain upright long enough to avoid plunging headlong through the Cooperative Society’s main display window.  Few of us nowadays would be willing to catapult ourselves through a plate-glass window for the off-chance of a snog.  But the past is another country; they do things differently there.