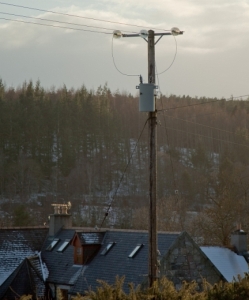 SLAPP and the EDF Climb down

I don’t make a habit of visiting fast food outlets although my brother-in law (long deceased investigative journalist and sometime paratrooper) once took me to what I believe was the very first McDonald’s UK establishment based in Woolwich in the autumn of 1974.

It served the same stuff then as it no doubt still sells to an unsuspecting public and I have not been tempted to revisit the experience.

I also learned over the years that the brand and others like it would pursue through the courts anyone using the word McDonald in a business context.

Business Gateway used to deliver a seminar on just this topic although they called it something like “Intellectual Property” on the basis that businesses should be entitled to protect their interests through the courts if necessary. I do not recall if the seminar included the rights of the public but perhaps that was in another module which I missed for some reason.

Even using the prefix “Mc” seems to upset the corporate lawyers as the aptly named McMunchies  case showed when in 1996 McDonalds successfully forced a Stratford sandwich shop to drop the trading name of “McMunchies” on the basis that,

“if someone used the Mc prefix, even unintentionally, they were using something that does not belong to them”.

In a 2001 case though McDonald’s lost a nine-year legal action against Frank Yuen, owner of McChina Wok Away, a small chain of Chinese takeaway outlets in London. Justice David Neuberger ruled the McChina name,

“would not cause any confusion among customers and that McDonald’s had no right to the prefix Mc”.

A win for the small man of course but who would want to have to undergo nine years of litigation just to prove a point?

Then there was the McLibel case where McDonalds took environmental campaigners Helen Steel and Dave Morris to court for distributing leaflets entitled “What’s Wrong with McDonald’s”. The case began in 1990 and lasted nearly eight years with an estimated £10m in legal costs being spent by the corporation with McDonald’s being  awarded £60,000 damages, later reduced to £40,000 by the Court of Appeal. When Steel and Morris announced they had no intention of ever paying, the company decided not to pursue the award.

As the above cases illustrate, the big corporations have lots of time and money to spend defending the brand and silencing opposition and criticism. 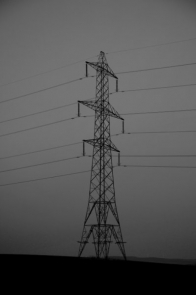 This well trodden path is often known as the SLAPP.

A Strategic Lawsuit Against Public Participation (SLAPP) is a lawsuit intended to intimidate and silence critics by burdening them with the cost of a legal defence until they abandon criticism or opposition.

This week EDF Energy abandoned plans to sue a group of climate activists for £5m in damages in respect of Criminal Trespass following a protest by “No Dash for Gas”.

On 29th October, sixteen climate protesters had scaled the chimneys of West Burton gas-fired power station forcing a shutdown of construction on the site. West Burton being one of the first of up to 20 new gas-fired power planned by the Government to meet the UK’s future energy needs.

At first EDF had seemed happy to employ legal SLAPP means to beat down the opposition. However after quite a bit of media coverage they seem to have done a complete about turn.

According to the “No Dash for Gas” media website:

“The record £5m claim against members of No Dash for Gas was described by commentators as “a disgraceful attempt to close down peaceful protest” and “vindictive bullying”, while anti-cuts group UK Uncut and Greenpeace warned that it could change the face of protest in Britain. After three weeks of campaigning and a public outcry, EDF’s lawyers approached the campaigners offering to withdraw the lawsuit before formally surrendering.”

All in all a victory for protest and a lesson for companies who suffer from corporate hubris.

In common with all energy firms EDF Energy are required by UK law to publish figures relating to customer complaints. In its last quarterly report in July, watchdog Consumer Focus found EDF was the most complained about of the energy giants after it was the only one of the six to see an increase in complaints last year.

Do the maths when you shift energy suppliers. The cost per unit is of course important in the short time but you may want to look at customer service and how your chosen supplier deals with environmental and ecological issues.

Plus of course you might also want to support Scottish Power. After all who turns up to fix things when the power goes off?