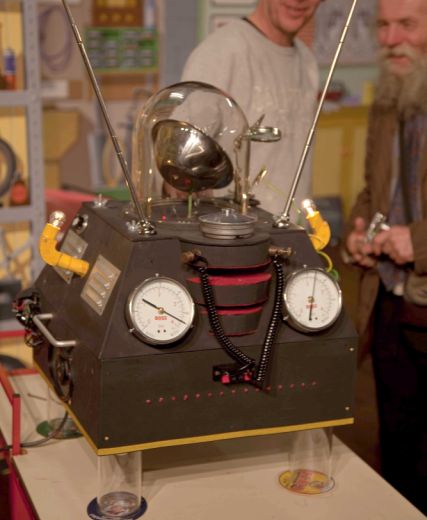 In a remarkable interview, Philae comments on the success of the Rosetta mission to 67P/Churyumov-Gerasimrnko

We had arranged to meet in downtown Aberdeen in the March of 2004 but events moved fast and furious after fridge size robot Philae took off on a ten year mission atop the Rosetta spacecraft.

In the November of 2014 we finally met on the day after the landing.

Although initially Philae was uncharacteristically upbeat about the mission, the tone changed at the mention of mission gain.

More about comets can be found for free at: https://en.wikipedia.org/wiki/Comet

At certain times of year, you are likely to see a great number of meteors in the night sky. These events are called meteor showers and they occur when the Earth passes through the trail of debris left by a comet as it orbits the Sun.

It is important to understand that the meteoroids (and therefore the meteors) do not really originate from the constellations or any of the stars in the constellations, however. They just seem to come from that part of the sky because of the way the Earth encounters the particles moving in the path of the comet’s orbit. Associating the shower name with the region of the sky they seem to come from just helps astronomers know where to look!