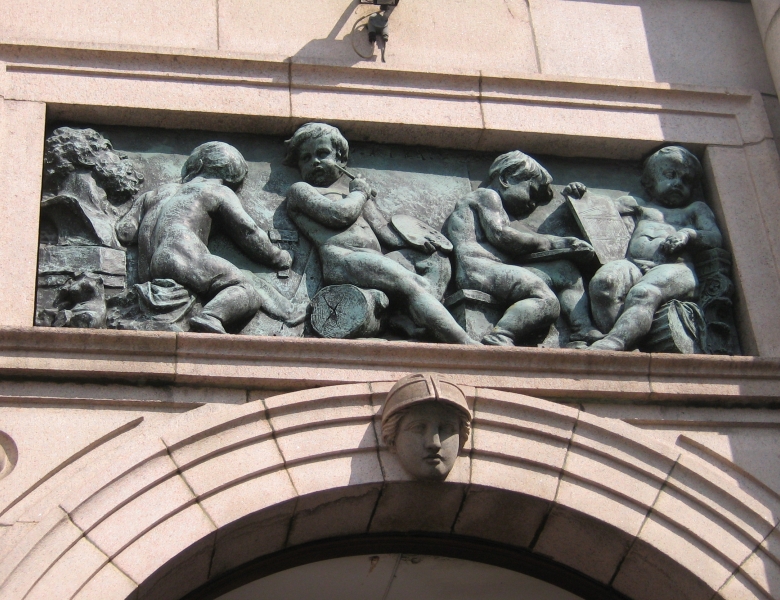 I was the longstanding Insurance Officer at Aberdeen City Council and had held that position for nearly 17 years. My main duties were the running of a small insurance section which handled all the councils insurance claims such as pavement slips/trips, road pothole claims, council motor fleet accident claims, fire and employers liability claims etc.

Part of my duties also involved liaising with council insurers over insurance issues/covers which also involved insurance tender work at 5 yearly intervals. I am a fully qualified associate of the Institute of Risk management.

During March 2012 I had very good reason for believing that wrongful activity was occurring on a key insurance policy used to insure the high value art collections of Aberdeen Art Gallery and this activity had been longstanding.

The value of the Art Gallery collections are huge and at March 2012 was £240 Million. I blew the whistle, which is more accurately defined as making a public interest disclosure under the Public Interest Disclosure Act 1998. I was suspended immediately after doing so.

The disclosure activated the Councils Whistle Blowing Charter which fell under the responsibility of the former Head of Legal & Democratic Services and a formal investigation was conducted by the Councils internal auditors, Price Waterhouse Coopers.

I met with PWC on 25th June 2012 at PWC’s Aberdeen office where I presented further evidence regarding the wrongful conduct of the underwriting unit of the Councils insurers, Zurich Municipal.

The concern I raised was that a letter from the underwriters, in response to my request for clarification, presented information which was (to put it mildly) inconsistent with the terms of the actual active insurance policy in that it sought to reassure that theft was not limited to ‘forcible or violent entry to or exit from the premises’.

No such assurance is apparent in the pertinent section of the actual policy.

My suspension lasted an entire year which is incredible to say the least and at the end of that year I was dismissed and handed a PWC investigative report, the contents of which I considered to be inaccurate and in parts unfounded. This report was then used by the Council at Tribunal Court in Aberdeen where I firmly believe it misled a court and denied me fair judicial hearing.

The report was unfairly weighted against me and included what I consider to be inaccuracies with regard to the content of emails and time events. The most worrying aspect however, was the omission of the aforementioned letter from the underwriter, despite this having been examined by the report writer, which was key to my case.

The writer of the report was also allowed to destroy all the supporting e-mail documents he alleged to have examined in his report (thus removing an audit trail) which contravenes documentation retention surrounding fraud / whistle blowing investigations.

It has taken me literally thousands of hours and extensive use of the Freedom of Information statute to validate the disclosure and to expose the activities of PWC with regard to this matter. The covering up of wrongs is highlighted itself as being wrongful activity under the Protected Interest Disclosure Act 1998.

Based on all the evidence I have gathered and studied, it is apparent to me that, for decades, Aberdeen City Council had been diddled out of fire insurance cover on what is effectively the largest fire insurance risk north of Edinburgh.

If that was not bad enough this activity went right around the UK with Councils up and down the Country not having fire insurance cover on their high value art collections.

The FOI returns I have show that over 95% of UK Councils had inadequate fire cover.

There were other wrongs on the arrangement dating back to 2003 including wrongful activity in relation to specific covers including the important theft cover.

It took me over 2 years to produce a 160 page investigative report into the matter which validated the disclosure and on 9th November 2015 this report was presented to the Chief Executive Officer of Aberdeen City Council and the Deputy Provost who sits on the Councils Audit, Risk and Scrutiny Committee.

In late December I had managed to arrange a meeting to discuss the report and during this meeting (which included Councils Head of Legal ) the Deputy Provost suggested the Police should be notified due to the nature and historic matters concerning the insurance arrangement.

The months ticked by and after several prods and chase-ups, I received a nine line e-mail from the Council’s Legal Head and a four line letter from the Councils Chief Executive Officer declaring their satisfaction with the insurance arrangement and the Price Waterhouse Coopers report – this outcome being contrary to discussions at the meeting of 20th December 2015.

I have now taken the matter up with the head of complaints at the Chartered Institute of Public Finance Accountants (Cipfa) who are the professional body of the PWC Senior Manager (who carried out the PWC investigation/report) and also the CEO of Aberdeen City Council. For any interested reader, Cipfa publish the findings of misconduct/ethics hearings on their web page which is www.Cipfa.org

A recent Freedom of Information enquiry I sent to all 32 Scottish Councils indicates that for PIDA whistle blowing cases in local government approx 70% find no wrongs.

It is my firm belief that this figure is far too high and likely to be due to extensive nullification/turning a blind eye/cover ups of said disclosures.