The controversy over Union Terrace Gardens has flared up again and, as per form, the usual agendas, fact-free PR and emotional twaddle is to the fore. So what’s going on? Mike Shepherd writes. 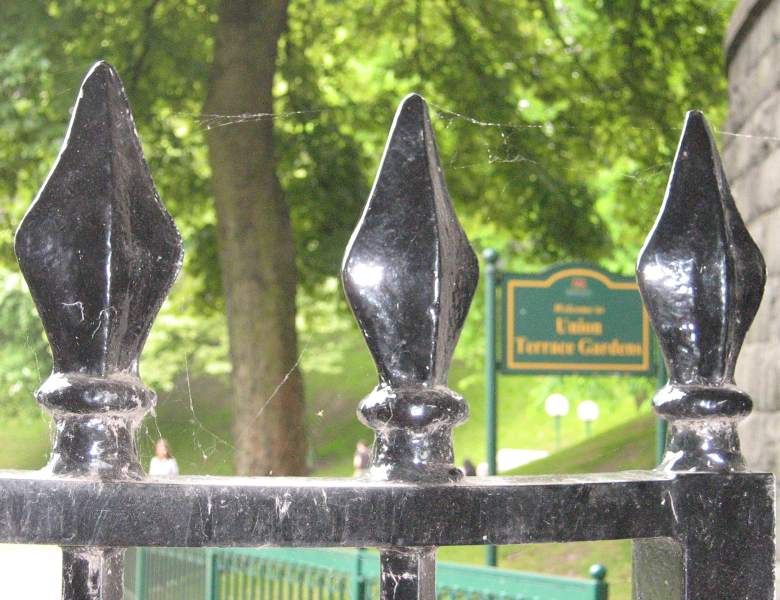 Let’s start with the John Halliday plans that have been so much in the local papers recently. John Halliday is a local architect and is the Halliday as in Halliday – Fraser – Munro, the company that drew up the original technical feasibility study for the City Garden Project.
They also created the plans for the Triple Kirks office block and the proposed Muse development on the St Nicholas House site.

John Halliday provided the plans pro bono as an illustration of what could be done with the gardens. They were not commissioned by anyone, e.g. the Council or Sir Ian Wood.

His focus has been on moving the railway station buildings to an area under and around Union Bridge. This would allow direct escalator / lift access to the station from Union Street via the north side of the bridge (and is actually not a bad idea).

He also envisages decking over the road and existing railway. The lower level of Union Terrace Gardens would be raised to accommodate access to the station from the HM Theatre side and to also include a station car park and taxi rank.

The Halliday plans drew fulsome praise from both Aberdeen Journals; the Evening Express in particular using the plans as a centrepiece for a “Let’s mend Aberdeen’s Broken Heart” campaign lasting several weeks.

The plans also drew support from an assortment of councillors and Alex Salmond. The Friends of Union Terrace Gardens (FoUTG) had been asked to comment by the Evening Express, although we told them we would reserve judgement until we found out more about the plans and had discussed them at our AGM, held last Saturday.

The Halliday plans achieved an amazing first in the UTG controversy: both the FoUTG and Sir Ian Wood were in agreement: Neither of us liked them.The Friends group rejected them as they meant building in the park (and once you concede the principle, when would this stop?)

Sir Ian Wood told the Evening Express on Wednesday that a car park would be the wrong use of space created by decking over the gardens. The billionaire seems to be envisaging a modified version of the original City Square Project; this description is from part of a press release that was reposted on Facebook:

“This would make them accessible and permeable from the adjacent streets and ensure the whole area becomes an integral part of the new city centre heart, with walk on access virtually all the way round. Some sloping topography would be respected with the level difference between Union Terrace and the arches with easy step access from Union Terrace and Rosemount Viaduct.

“The main visual features of the Victorian gardens could be maintained but as a more useable, accessible part of the city centre, helping regenerate Union Street and connecting north-south and east-west.

“For a city centre regeneration project to secure Wood Family Trust funds it must be truly transformational as described above, supported by the public and led by the City Council. If the council were to explore a development on this basis, they would be prepared to provide appropriate funding support. Hopefully a Government tax incremental financing (TIF) scheme might also be available.”

According to the Press and Journal, Sir Ian Wood was offering an ‘olive branch’ to the council in that a little dimple sitting on top of a subterranean structure could be styled as a ‘Victorian garden’.  This was in no doubt in response to Barney Crockett’s statement that whatever happens, a Victorian garden must remain in Union Terrace Gardens. 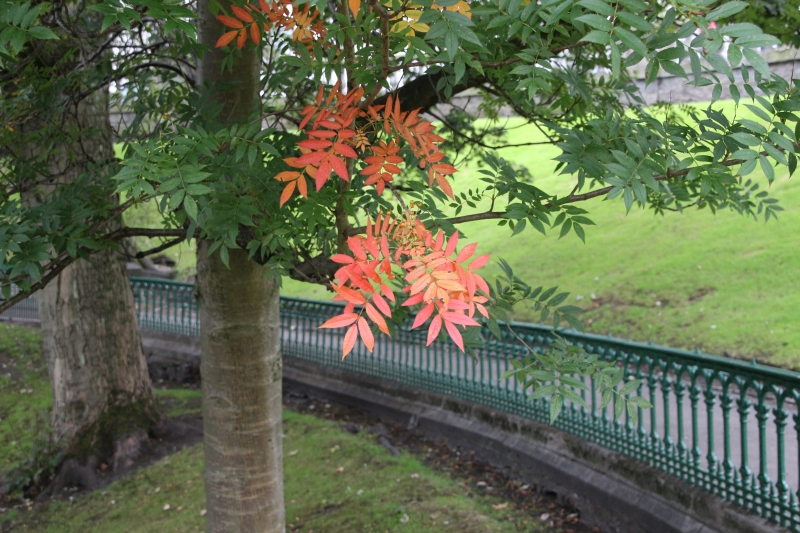 A rowan tree in Union Terrace Gardens. The rowan is believed by some to offer protection against malevolent beings.

If all the noise and breast-beating in the Aberdeen Journals were to be taken literally, the John Halliday and Sir Ian Wood plans are ostensibly the only show in town.

Less stridently mentioned are FoUTG’s modest plans to restore the park and the fact that Aberdeen Council are also working on a plan for the city centre that includes Union Terrace Gardens.

We don’t know much about these plans. They will be made public at the end of the month.

Suffice to say from what Barney Crockett mentioned at the Friends AGM, Robert Gordon’s University seem to have been involved in some shape of form.

Barney also repeated his statement that a Victorian garden will be present but was careful not to reveal too much detail and hinted that there could be some changes in the gardens.

It also sounds as if the idea of creating access to the railway station down from the north side of Union Bridge is in favour. It looks as if the council intends to try and build a consensus on their scheme with extensive consultation with interested parties. This is planned to include both FoUTG and Sir Ian Wood.

It remains to be seen what will happen in the current, somewhat heated, situation. The pressure is building up on the council administration.

Sir Ian Wood is making a last ditch attempt to save a version of his city square project. He is being aided in this by the one-sided support of the Aberdeen Journals, the P&J in particular being largely vociferous in his favour.

The Conservative councillors, who share the city administration with Labour and the independents, want to see what they refer to as the “transformation” of the gardens and not just round the edges either. 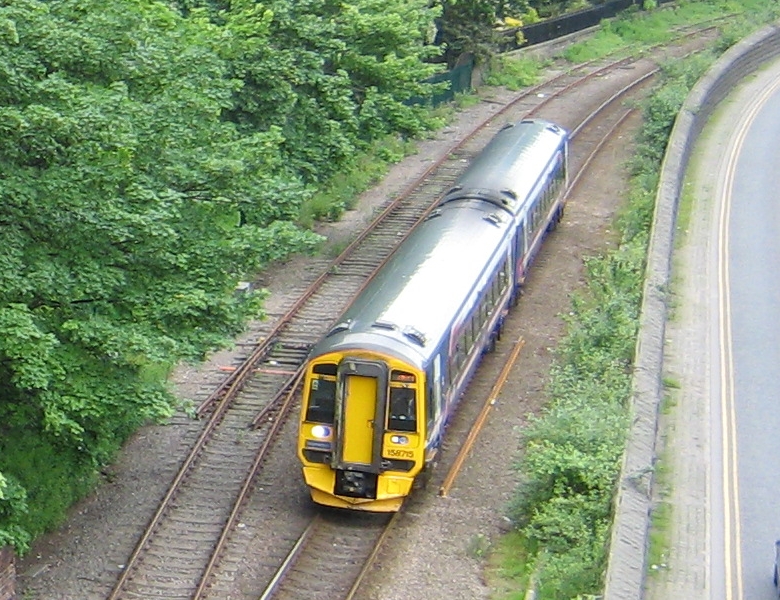 On the other hand, the Labour Group have the good will of many in the city over the act of ditching the business plan for the City Garden Project last year. They will not want to lose this.

Another factor is that council budgets are under severe pressure, not the least because the council have to find £75 million to fund the bypass. More cuts are likely in the medium to long term and it’s obvious to the dispassionate observer that an expensive city centre construction project should not be anywhere near the council’s top priority for expenditure.

A rational solution is to spend some money on improving the gardens but not a great deal. They don’t really need many millions spent on them to bring about a city centre heart that everybody can be proud of.

Unfortunately logic and reason on most things UTG flew out the window years ago. Here’s hoping common sense returns before long.